You are here: Home>Memories>Personal Memories>Childhood in St John's Wood in the 1950s

Childhood in St John's Wood in the 1950s 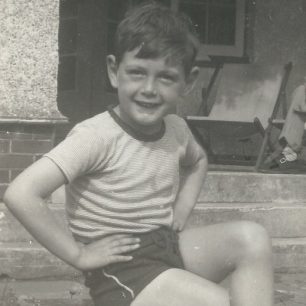 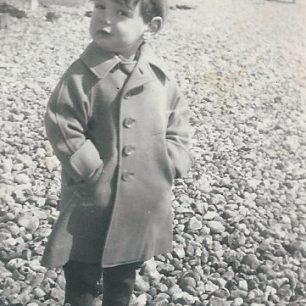 I was born in 1948 and for the first years of my life lived in a small flat in Grove End Gardens. By the time my brother was born three and a half years later we were in a much larger flat in the same block. Grove End Gardens is a huge block with entrances in both Abbey Road and Grove End Road. It had, may be still has, gardens down both sides and a large garden at the very back. Two women ran separate kindergartens in their flats and when I was three I went to one on the ground floor run by Mrs Shears. I rather enjoyed it.

The corridors on each floor were really long and winding, with a door at one point giving on to some service stairs. As an over imaginative child I was rather nervous passing that door if I came in from the Grove End Road end and walked round to our flat which was right round the other side overlooking Abbey Road. I was sure someone was waiting to get me! Anyway, once I was a bit braver, I could take those stairs right up to the roof. There was so much roof, with all sorts of separate areas. It could have been a wonderful roof garden. Instead it looked as though this had been planned but work had never really got going. Even so, people went up to sunbathe, especially my father. I was up there in 1968 supposedly studying but also listening to the Wimbledon Women’s final on the radio when I could bear the suspense. Ann Jones won! Now, sadly, new flats are being built on the roof.

What have also disappeared from the block, though some time ago, were two squash courts, which were double height so each took up space on two floors. When I was a teenager I tried to play squash. I wasn’t good. Also on the ground floor were work rooms for plumbers, carpenters and electricians, all on hand if things had to be done!

A path ran down one side of Grove End Gardens next to a boundary wall. On the other side of that wall is the St John’s Wood Synagogue. But when I was a child, there was only a bomb site. Led by a more adventurous child than me, we would climb over the fence and play there.

In those days St John’s Wood High Street had lots of useful shops.  In Circus Road, where Richoux now is, was a little department store on two levels called Bents.  Whatever the merits of the present day High Street, it has lost an authenticity, but then so have many other streets of this sort. My mother would take me and meet her own mother in a little cafe called Marigolds opposite the entrance to the park. When I was very small there was still rationing so I would go with her somewhere near the High Street to collect – well, the only thing I remember is orange juice! However, for more local shopping we would go to Nugent Terrace and I would play in the little park off Violet Hill.

When I was five I started going to Arnold House School, (which hadn’t expanded in the way it has now, by adding an extra building in Loudoun Road and more at the back). The headmaster was called Mr Smart and he had joined when the school was run by a Miss Hanson. For a time the school was called the Smart and Hanson boys – neat but a name destined to disappear surely! From the age of about 7 or 8 I went to the school lunches in the main building. We had rather a good school cook and she was excellent at puddings. My favourite was a steamed pudding with butter and brown sugar. I have never had it since and am not sure I would even want it now.

In order to play cricket or football, smaller pupils were taken to the Heath Extension and the rest of us were taken by tube to Canons Park. I suspect Mr Smart rather disliked games himself, so if the weather seemed doubtful, we didn’t make it to Canons Park, but stayed in the school and watched films shown on a wall, or may be a screen, I can’t remember. Goodness knows where these films came from. They were worthy films or little documentaries – about producing gas heating for example with a cartoon character called Mr Therm – but as I hated games I was happy to watch them.

At the end of every Spring term, the school put on something called the End of Term Entertainment. I enjoyed taking part in that. I remember playing a judge. I also danced a tango with a cushion pretending it was a young lady and whispering endearments with a French accent. Odd, but nowadays I do act and perform cabaret, so I suppose that’s where it all started! The school had a strange system, as pupils did not start a new form every September. Instead you got pushed up a form whenever they thought you were ready. As such I knew nothing about standard school years until I was thirteen. Then I went to Highgate School, so I think I’ll end my reminiscences here.