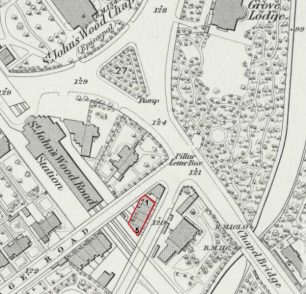 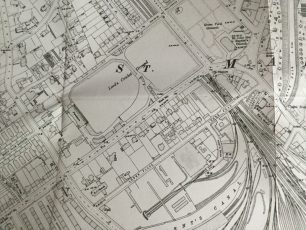 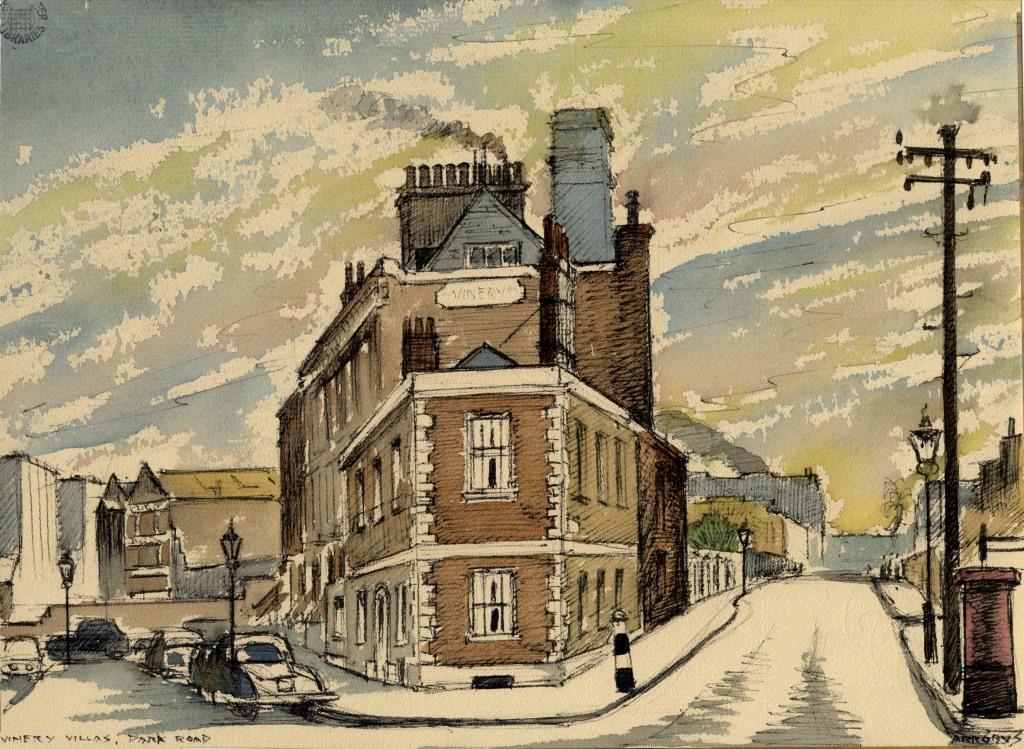 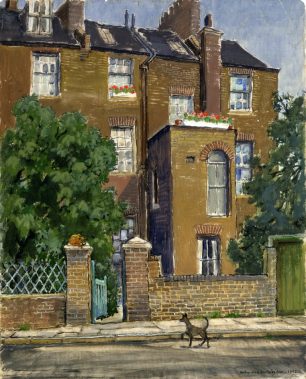 Map reproduced with the permission of the National Library of Scotland

As this 1871 OS map shows, North Bank used to lead off Lodge Road right at the junction with Park Road.  Vinery Villas were the five houses at the beginning of North Bank shown here in red.

St John’s Wood Road Station was opened in 1868 and Vinery Villas was built around the same time with the flank wall of No.5 parallel to the railway line.  It seems possible that the big house opposite had a vinery on this site before the villas were built.

When Marylebone Station opened in 1899, the tracks of the Great Central Main Line ran alongside the Metropolitan Line Extension, North Bank had been diverted to join Lodge Road further along where it is now and Vinery Villas had become a small cul-de-sac with a wall at the end, as can be seen in this watercolour by Sydney Arrobus, with Vinery Villas on the left and Lodge Road on the right.

Sydney Arrobus (1901-1990) was a Hampstead based artist who painted many London street scenes and the painting, although undated, is probably of similar date to this 1962 oil painting of the rear of Vinery Villas from Lodge Road by Helen van der Weyden, with no.5 on the right: