You are here: Home>Places>Streets>Queens Grove>Patricia Mann nee Barratt - A carefree childhood in the Wood

Patricia Mann nee Barratt - A carefree childhood in the Wood 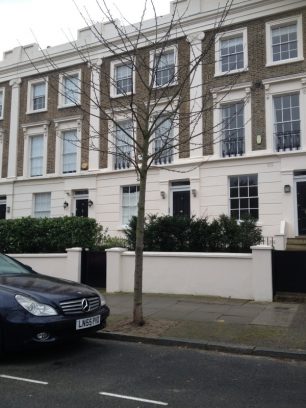 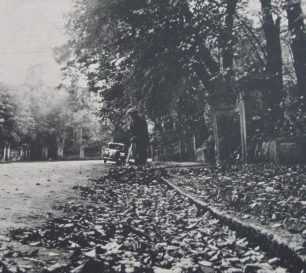 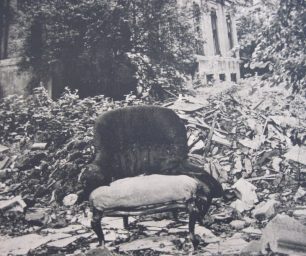 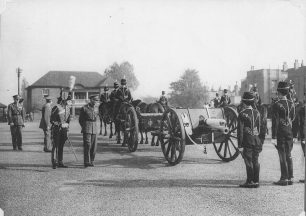 My family moved to St John’s Wood at Easter, 1947. Previous to this we had been evacuated to a Kentish village while my father served in the 2nd World War. Since returning to London we had been billeted in two ‘Rest Centres’ which were set up by local councils until permanent housing could be found for the families homeless due to wartime bomb damage.  My family of Father, Mother, brother and sister moved into this four room flat on the first and second floor of  19 Queens Grove at the top of Ordnance Hill, which was very chilly in the winter. We had our own bathroom and hot water was provided by an immersion heater – the flat was all electric with no central heating.  The ground floor was occupied by a young couple and the basement was disused and unconverted. My mother told me she paid 19 shillings and 11 pence rent a week [just under £1, Editor].

There was a front garden and a fairly long back garden only accessed by going through the basement. My enterprising mother soon laid out vegetable beds and  a small lawn and my father built a chicken shed. There were quite a lot of bomb sites in St John’s Wood then – our nearest was St John’s Wood Park where we used to climb trees and  pick the fruit and berries.  I especially liked the cherry blossom in spring.

Inside the house on the second floor the children shared the larger bedroom and our parents the smaller. On the first floor was one large room with huge windows, which was then only used for Christmas and special occasions because it was so cold, and at the back of the house was a smaller room which was the kitchen.  It had a marble fireplace and a coal fire that was the only heating then. My mother cooked on an electric stove and we also had an electric kettle.  Some of the houses in the rest of the street still had gas as their main fuel. Everything then was usually home made, possibly due to economy and no supermarkets.  As far as I remember we had cereal or toast for breakfast, lunches at school and an evening cooked meal – usually meat and veg or sausages and pies with lovely rice pudding or steamed puddings with custard.  We did not own a fridge.

The milkman called daily and grocery shopping was just around the corner in R. McCreath’s in Queens Terrace, which also had a sub Post Office where I acquired my first Savings Book.  My father used to buy a saving stamp for us each week until we had enough to open a savings account.  In the Terrace there was also a chemist and a greengrocer and an Off-Licence which were situated just before the Knights of St John public house.  Newspapers were  bought at Page’s in Queens Grove. Other shops my mother used were in St John’s Wood High Street, such as the butchers, fishmongers, and Express Dairy.  These were just around the corner from our school.

Laundry was then done at home by hand, with in our house a mangle which folded into a table with a vitreous top to use as a worktop. In good weather the washing was hung in the garden, otherwise in the house. If illness came, my mother nursed us at home – rarely was a doctor called.  This all changed with the National Health Service being launched. My younger brother was born in 1948 to complete our family and my mother said he was the only baby which she did not have to pay for.  He was born at home with a midwife in attendance who was late in arrival so my father was there to deliver him.  As I was nearly ten I can recall that he announced it was another girl, we three sitting on the stairs groaned because we wanted a boy. One of Father’s jokes!

Schooling was at Barrow Hill School which then was only partly used. I remember at Christmas we were sent crates of apples from Canada to the school as fruit was limited.  We all walked to school down Ordnance Hill and back except for the smaller children like my sister, who was much younger than my brother and I. We had a branch library opposite All Saints Church. I loved reading so this was a real treat was we could not afford books, although we did have weekly comics such as Beano, Dandy and Eagle, which we fought over. Down one of the roads I first learned to ride a bicycle straight into a wall, buckling the front forks much to my father’s annoyance who was teaching me!

In Abbey Road in the Baptist church there was a section of the Girls Life Brigade which I joined; this was linked with Bible classes and examinations.  I still have the bible I won for the honours class. One delight was the Saturday morning pictures at the Odeon, Swiss Cottage. The programme always started with the electric organ playing a medley of popular tunes followed by a cartoon and a Western. On your birthday  you were sent a birthday card with free entry to the morning picture show.

I had many friends at school who were based in the nearby Royal Artillery quarters in Jubilee Buildings in Queens Terrace. These were built in 1935 to house the soldiers and their families in flats. Also in the barracks apart from the enlisted men there was a block of four flats where some friends of my brothers lived. Their father was the Quartermaster and because of this we had access through the front gate and could visit the stables, the riding school and the blacksmiths. I can recall King George VI visiting the Barracks when it was renamed the Kings Troop.

Looking back now I realise what freedom we children had. St John’s Wood is still a special place to me.