You are here: Home>Memories>World War 2>May Greenup and the London Ambulance Auxiliary Service 1939-45

May Greenup and the London Ambulance Auxiliary Service 1939-45 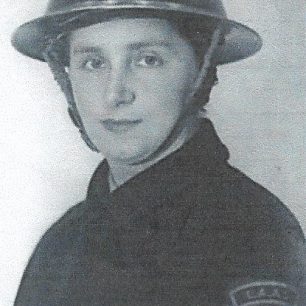 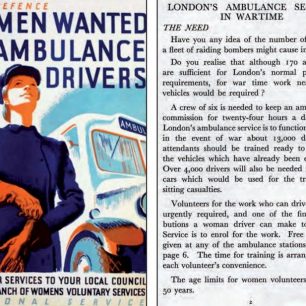 The Appeal for women helpers1939 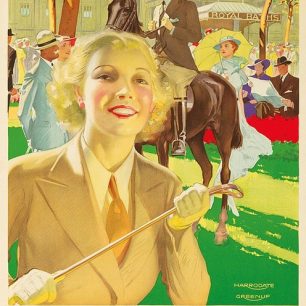 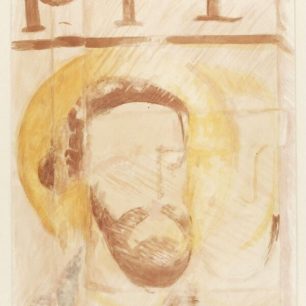 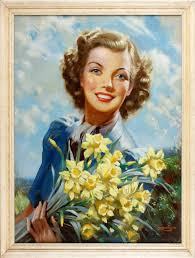 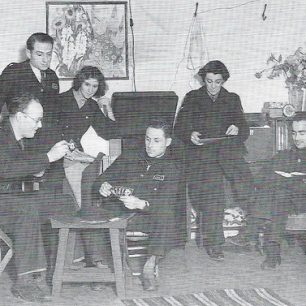 Relaxing at the Station 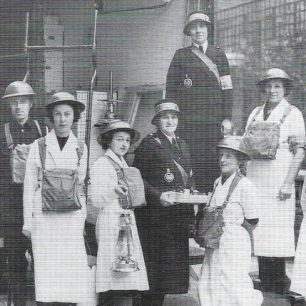 The London Ambulance Service appeal and May Greenup

In March 1939 the Government appealed to all women to volunteer for full or part time ambulance service.  Volunteers who can drive a car are urgently required and one of the finest contributions a woman driver can make to National Service is to enrol for the work.  Free training is given.  By end of war 10,000 people had served in 139 Auxiliary stations, the majority of whom were women from all ranks of society  – musicians, housewives, artists, shop assistants.

(Frances) May Greenup née Tuckwell (1902 – 1998) who lived at  118 Abbey Road, enrolled early in 1940. She was too old at 38 to join the women’s services and had owned a car since 1926.  Born in Evesham her father was a retired police officer and, in 1926, she had married Joseph Greenup (1891-1946) an artist and illustrator for periodicals who had studied at the RA School. She herself was an artist  and taught at a school in Tottenham.  At the time of 1939 census she was listed as an ARP member. (In the same census Sylvia Hanson of 1 Cavendish Ave, a retired chauffeur, also had joined the Corps.)

The North Western HQ was at Lawn Road in Hampstead and May was sent to Station 39 in Weymouth Mews, near Harley St. This consisted of four large garages, each of which could hold 4 ambulances, and one garage which was converted into an office area where the vital telephone was manned and there was a recreational room with ping pong table. If the line went down, an auxiliary had to run to Portland Place with the message.  A flat over the garages had rest rooms, a canteen, two bathrooms and a common room where staff provided their own chairs and lilos so they could sleep on the concreter floor. Later an Anderson shelter was built in Mews with beds.  80-85 people, mainly women but including 2 men on every shift, worked there and about 40 served with May throughout war.

Each shift had to clean the rooms plus all the vehicles every day. No food was supplied until 24 hour shifts were introduced, which were surprisingly popular as it meant the girls did not have to walk home in the dark. Street lighting had been abolished and one girl was “stalked “ with phone calls to her flat in Portland place. A telephonist alerted police leading to arrest of Frederick Cummings, later executed for murder in 1942 .  If the gas and electricity supplies were cut off, food had to be cooked on an open fire in the Mews.  No uniform was issued to women until 1942 except a thin cotton coat and soft hat, though they did get extra coupons for sensible lace up shoes. The men were given fatigues in thin navy material like boiler suits. Protective gear such as tin hats, all-in rubber suits, rubber gloves and gum boots were stored in ambulances and a large industrial gasmask in  a duffle bag was  slung over their shoulders. Pay was £1 18s  9d for a shift leader (£1 more for a Deputy Station officer and another £1 added for a Station Officer) for a 72 or 84 hours and  holidays were without pay. Crews were on call and had to stay on if there was an emergency. By May 1940, all signpost and direction indicators and street names had been removed and staff had to do topographical exercise which were not popular.  Normal headlights were banned but some could have louvered covers which allowed a minute beam of light.

Lectures were given on First Aid and Civil Defence and volunteers had to be able to lift  a stretcher with a patient up on to the top  bunk in an ambulance. Each stretcher carried two blankets plus a hot water bottle as there was no heating. Dirty dressings were removed in hospital and placed in a bag to take home for washing and re-rolling, which ensured that the cost of dressings was kept to a minimum. The basic task was to collect the injured or dismembered bodies from a site that had been bombed and take them to a First Aid Post Hospital or morgue. This allowed the regular ambulance service to continue with routine tasks of transporting ill patients.  Once an Emergency call had been received the ambulance driver started the engine (2 minute response) and a chit with the destination handed out.  There seemed no provision made to protect workers against trauma of delivering separate limbs to refrigerators in Billingsgate Fish Market where they were stored for identification.

When May became Station Officer in 1942 she began the task of improving morale and discipline which would result in Station 39 winning the Annual LAAS Proficiency Award.  She organised the daily and weekly tasks to be undertaken and how they could assist the war effort with extra duties.  During a possible two hours off-duty the women usually studied – typewriting, dressmaking, growing vegetables on an allotment in Regents Park were popular.  Some did voluntary social work at the American Red Cross and in nurseries. In spare moments the women knitted for sailors on HMS Corfield and the men played cards.

The last few months of the war saw the ambulance corps  working at full pelt again because of the flying bombs (V1s) and rockets (V2s), which gave no warning and caused severe casualties and damage.

In June 1944, May had to join a top secret convoy to an unnamed destination – they arrived at Epsom Downs station at midnight to await a train load of casualties arriving later in the day following the Normandy landings of 6 June 1944.  A dangerous event closer to home was the bombing of Selfridges in December, 1944.

Gradually the stations closed as German bombing centres were overthrown by the Allies moving across Europe and Station 39 was one of last to close. There was a final ceremonial parade for the service through Regent’s Park and Hyde Park. Nearly all records were lost in the next few years and there would have been no first hand memories if May Greenup’s collection of orders for the station, letters, poems, photos and watercolours of local places she had painted in the lull between raids,  had not been found after her death and given to Westminster Archives.

(with thanks to an article by Angela Raby)

Bridget Clarke 2022 with thanks to Angela Raby