Katharine Hoskyns - Memories of Hamilton Gardens from the 1960s 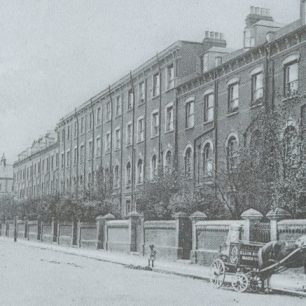 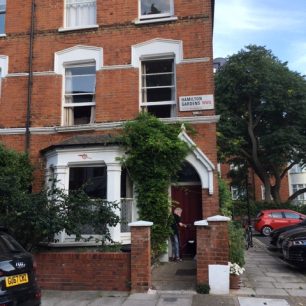 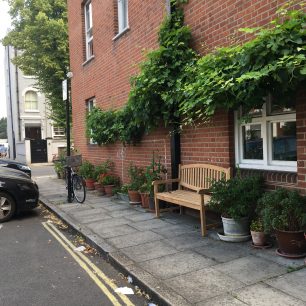 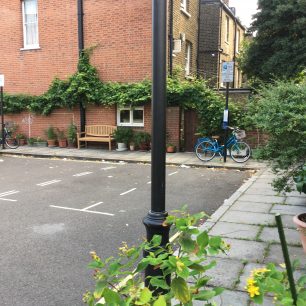 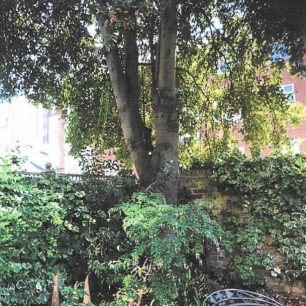 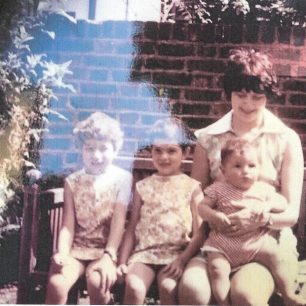 Katharine and the three children 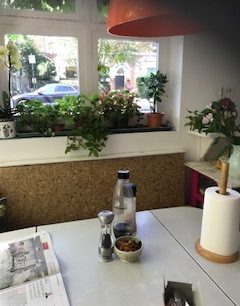 The view from the kitchen window 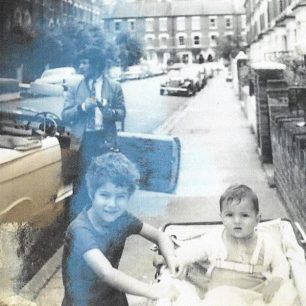 Hoskyns children outside their home in the 1960s 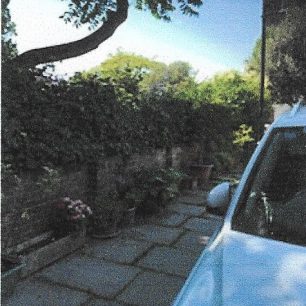 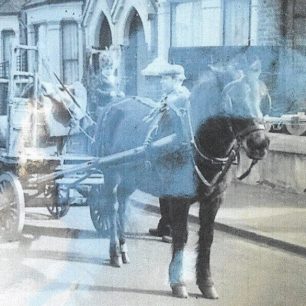 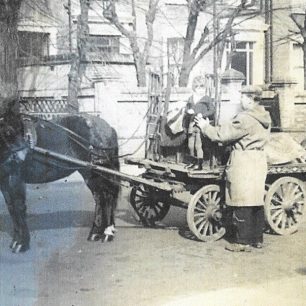 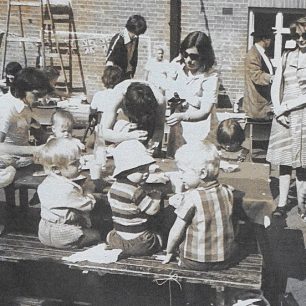 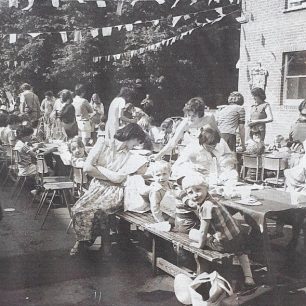 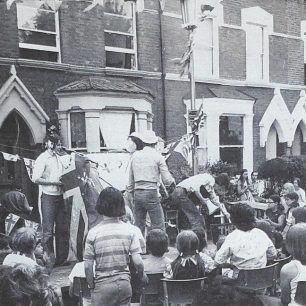 Katharine  with her husband and two small daughters  moved into their house in Hamilton Gardens in the early 1960s and it is still their family home. The house (with no basement) retains  some of the original features of the  1840 house –for example,  the dresser in what was once the servants’ room off the kitchen, the plaster work on the ceilings and cornice of the dining room and first floor reception room , though there have been various alterations and updates. The kitchen looks out onto the garden which has a bay tree that gives welcome shade on a hot day. Katharine has a wonderful group of plants outside her house:  Although this land formed part of the original St John’s Wood  estate, it was developed by James Ponsford, a Paddington architect builder, who in the early 1840s purchased the plot bounded by Garden Rd,  Abbey Road , Hill Rd and the Harrow School estate.  At first the formula for development seem to have been based on that of the Eyre estate but builders subcontracted by Ponsford clearly  settled for a more modest appearance.  Closely knit three storey houses of low height were built with virtually no gardens, front  or back, the name of the narrow road, Hamilton Gardens, making up for this deficiency.  Nevertheless the area is now very pretty with its colourful planting and facades; a resident has used the cul de sac are on the south west corner for the pavement display of potted plants.  That corner also has a panorama view looking towards Hamilton Terrace (Harrow School estate).  It offers no spectacular features but is refreshingly green, as is the nearby Alma Square, a communal garden for the benefit of the residents in lieu of back gardens.  (quoted from  Cottages and Villas by  Mireille Galinou)

This area at that time was not as smart and fashionable as it is now and there were many young families living here. The Hoskyns’ third child, a son, was born at home, attended by a midwife while the father waited in the kitchen with the neighbours who had come over.  When the doctor arrived after the birth he disapproved of finding  one neighbour who had a two week old baby  and was already out and about visiting Katharine. Babies sat outside their homes in their prams and other children played outside together, with doors left open so that they could run into any of the homes and gardens.  Babies usually attended a local clinic every month to be weighed and mothers could ask advice from the nurse.

There was a play group for toddlers at St Marks, Hamilton Terrace which was run by volunteer mothers. Katharine stayed at home until her youngest was 5, when she began her teaching career after doing teacher training, and she always had some daily cleaning help, with an au pair when all three children were young. Washing was done at home and is still hung out in the garden to dry.

The local children all went to Robinsfield and Barrow Hill Schools, so the mothers organised a rota for driving them to school. The children played mostly in the street but there were other places to play such as Paddington Recreation Ground, Alma Square and Violet Hill Park.  The Hoskyns had a car but no garage. The family did not eat out very often and meals were eaten at meal times round the kitchen table.

Shops had arrived  in nearby Nugent Terrace in 1867 and in  the 1960s they provided everything that was needed – there was a grocer, butcher,  greengrocer , dairy , post office, hardware shop, shoe menders, and chemist .  Milk, newspapers and coal were all delivered and there was even a rag and bone man going by (seen here giving a ride to Katharine’s daughter) Gradually the supermarkets arrived on the Finchley Road , driving out the food shops, and different trades like hairdressers and dry cleaning shops began to move in. There was the Odeon at Swiss Cottage for films.

There was a tradition of street parties celebrating royal weddings and Jubilees or events like a 100th birthday for a resident.

As the street changed from being the home for families who stayed many years to shorter residencies for American or European families, the area became  less of a community, but the virus pandemic of 2020 brought neighbourliness back into the area again.