You are here: Home>Memories>Personal Memories>Jennifer Peck's memories of a childhood in St John's Wood

Jennifer Peck's memories of a childhood in St John's Wood 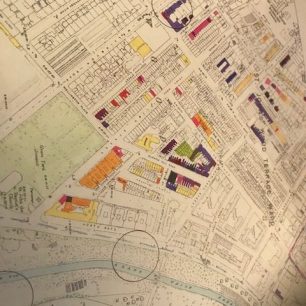 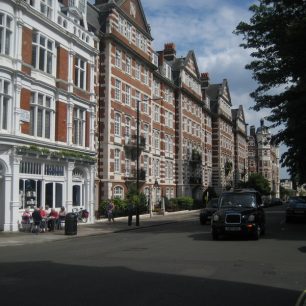 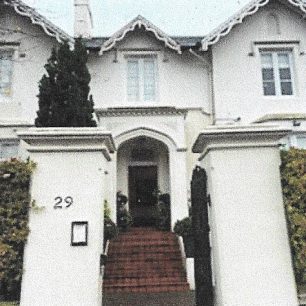 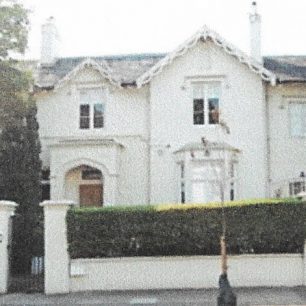 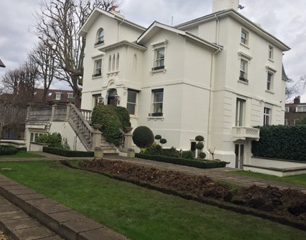 My name is Jennifer Peck (née Still) and I was born in September, 1944. My parents, John and Heather Still, were living in Hanover House when I was born, and I have  an older sister, and two younger brothers.

My life nearly ended before it began, and with a bang! I am told my mother was in the bath, heavily pregnant with me when a bomb hit the flat next door. Instinctively she ducked under the water and, although the window broke over the bath, all was well….!  We probably spent a good part of our days and nights in the shelters in St John’s Wood. Food was scarce and so many of the buildings bombed,  and then we moved to 29 Norfolk Road soon after the war ended.

29 Norfolk Road was an imposing detached house. It had a large garden at the back and Mr Richards helped my father with the gardening and loved growing “his” dahlias. We, children, had a den under the house at the back, and we spent many happy hours playing there, and generally getting up to mischief.  We were very lucky to have had a Scottish cook, called Alice, who, even after the war and despite rationing, kept us well fed – the only thing we hated was her version of porridge – she made it with salt….!

We all went to Mrs McCaffrey’s Nursery School in Langford Place, and then Sally and I went on to Francis Holland, Clarence Gate, (or ‘Regent’s Park’ as it is now called) whilst Graeme and Charles attended Arnold House School, in Loudoun Road.  St John’s Wood Barracks was at the top of Norfolk road, and we loved watching the Royal Artillery riding out on their way to exercise in Regent’s Park.

When I was about six, we moved to 10 Neville Court, a mansion block on the corner of Abbey Road and Grove End Road, directly opposite Abbey Road Studios. There was always great excitement whenever we saw the Beatles coming and going. We would sit for hours on our balcony waiting to spot them.

I remember in the 50s, we suffered  ‘pea-soup’ fogs. One evening, when there was a really bad one, I had to walk with a torch in the road guiding my father as he drove slowly along Grove End Road, guiding him home. Worrying for him, and not much fun for me!

My father became a member of the London Zoo and, on Sunday mornings, we would go to the lectures followed by feeding the animals.  I can remember throwing cabbages into the hippos’ areas. Being only little ourselves, we were amazed at their massive mouths and enormous teeth. We held snakes and, much to my horror, allowed them to curl around our necks. I have been terrified of them ever since…..

St John’s and St. Elizabeth Hospital was within walking distance, then run by nuns.   Aged 13, I had my appendix removed there and, since the children’s ward was full, I was put into the women’s ward. I remember the priest came round each morning with Communion. One morning, he stopped beside my bed. I ducked under the blankets, pretending to be asleep – I hadn’t been confirmed!

In 1968, I left home to be married – no flat sharing for me, as we lived in London! Happily, when I married David, my connection with St John’s Wood did not end. When Emma, our eldest child was born, we went to stay in Neville Court for a few weeks whilst our first home was on the market for sale.  David has connections with the MCC, and so I often visit Lord’s with him.  Two of our grandchildren have cricket coaching at Lord’s, and one of them, together with his sister, attends ASL (American School in London) in Loudoun Road. So, I still have a foothold in St John’s Wood, and reasons to visit.

By co-incidence, a good friend of our son, Mark and his wife, Alexia, have bought 29 Norfolk Road, our old house. They kindly invited my sister, Sally and me to come and see the house.  We did not remember most of the house as so much has been altered over the years, but the size of the garden bowled us over. It was wonderful to see no 29, once more.