You are here: Home>Places>Streets>Alpha Road>Edmund Yates - memories of the early days 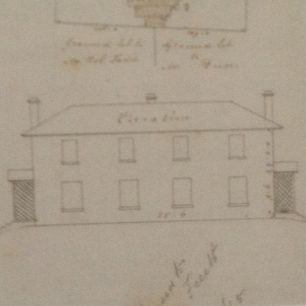 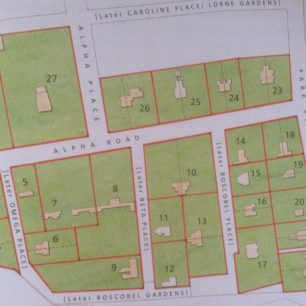 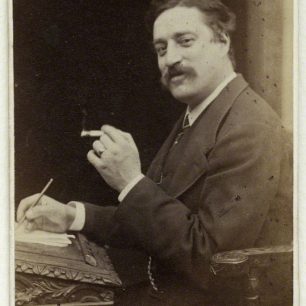 was a novelist and dramatist, whose father had been an actor and theatre manager and his mother an actress. After his employment at the Post Office he became editor of The World, a society journal. He was a friend of Charles Dickens.

At the time of my joining the Post Office service my mother was living, as she had been for some years previously, at No 12 Alpha Road, a thoroughfare which connects that portion of the Regent’s Park lying between Clarence and Hanover Gates with the Edgware Road.  I am afraid from what I see that of late years it has somewhat deteriorated, but in those days it was a very pretty place.  The houses had large gardens, and the respectability of the locality was unimpeachable; my kind old friend, Mr Thomas Harrison, Commissioner of Inland Revenue, and the family of the late Mr Serjeant Bompas being our immediate neighbours. Our house was a cosy and comfortable one, and had nearly an acre of garden, which I need scarcely say has now been built over, but which then, despite the London “smutty” produced a fair crop of flowers and was always green and pleasant to look upon.

Mrs Yates lost part of her garden in 1853 when a studio was built there and in 1865 a new estate office was built on part of the remaining site.

The one drawback, so far as I was concerned, was the distance from the centre of London and from all places of amusement.  There was a good omnibus service to the Post Office and the ride in the early morning was pleasant enough, but returning home from some festivity late at night, I constantly wished fate had caused my mother  to pitch her tent in some less remote district. (from his Memoirs)

In 1853 he married Louise Wilkinson, daughter of the owner of Wilkinson Sword, (the firm that eventually stopped making swords and turned to razor blades) and they had four sons. For a while Edmund was a lecturer in New York but finally came to grief when an article he published about the love life of the Earl of Lonsdale resulted in an action for criminal libel and he was sentenced to four months imprisonment.  This weakened his health and he died soon after.