Memories of the Wood since 1939 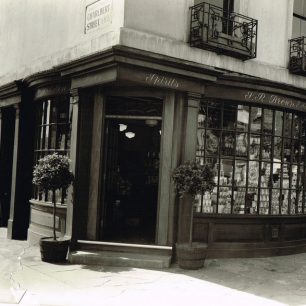 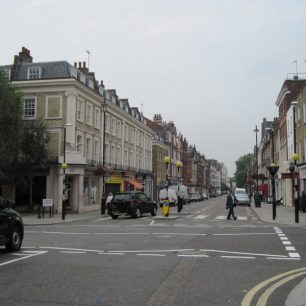 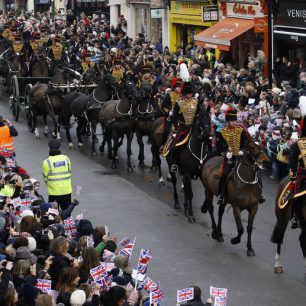 Ann Robson’s memories of the shops

I moved to St John’s Wood with my family, in 1939, at the beginning of the Second World War, and have lived in S John’s Wood Terrace since 1953.   When my husband and I moved into the Terrace, there was a lovely grocer’s owned by Mr and Mrs Brown at the corner of Charlbert Street and the ‘Terrace’, as it is still often called. Mr Brown could often be seen carving a delicious looking ham which sat on a white china stand.  Mr Brown had been a pupil at Barrow Hill School since the age of 6, where, he said, ‘they did not spare the cane’. He and his wife kept the shop going until ill health forced them to retire. The shop has had various owners since, and was once an Off License, but is now a  thriving  hairdressers run by Antony, from Istanbul.

There was a greengrocer at the top of the High Street, which was originally known as ‘The Street’, called Salamoni’s. Mama Salamoni always stood in front of the shop with a huge leather moneybag on her equally large stomach. There was a jewellery shop just around the corner in ‘The Terrace’, where there is now a florist, which is run by another member of the Salamoni family.  Next to the greengrocer was a cobbler and, on the other side of the road, a MacFisheries. There was, also, a hardware shop, and a lovely cake shop called Gloriette, where my poodle licked all the cream off the meringues which were on a low shelf.  In Circus Road, there was a double-fronted haberdasher where the Turkish restaurant now is, a furrier and the drycleaners, Madam George.  Prior to Panzer’s there was a coffee shop.  The children’s shoe shop was there for a long time, but I do not remember any ladies fashion shops, nor any ladies shoe shops until much later.

Half way down Ordnance Hill was a small shop where, in1943, a bomb fell, and on a few of the surrounding houses. There were no deaths, but several people were injured. My family and I were living close by, and my brother rushed to the scene to help dig out the survivors.

Around that time, in 1943, children would go off to Lord’s and up the Clock Tower, which was free. The Eton and Harrow matches were the children’s favourite because, when the spectators had gone, they used to wait with basins to receive the surplus supply strawberries and cream. There were no fridges in those days and so the staff handed them out to the waiting children.

Of course, the pride of St John’s Wood was The King’s Troop, Royal Artillery in the Ordnance Hill Barracks. Depending on which way they were going for their early morning exercise, they would often pass by our house. I can still hear the pitter-patter of our little daughter running to her bedroom window when she heard the clip-clop of the horses. Seeing the Troop ride off to a Royal occasion was wonderful, the young men in their black and gold jackets, and the beautifully groomed horses, was a sight to behold. We called them ‘Our Boys’ and, with a great feeling of pride, I have seen generations of them.There was an amazing turn out when they left the barracks in Ordnance Hill, only a short while ago, to parade down the High Street for one last time. I think everyone there felt heavy hearted to see ‘Our Boys ‘ leaving us for good. A light went out of ‘The Wood’.