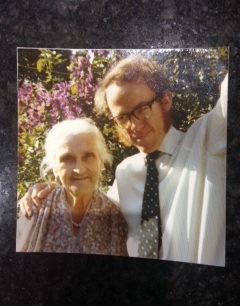 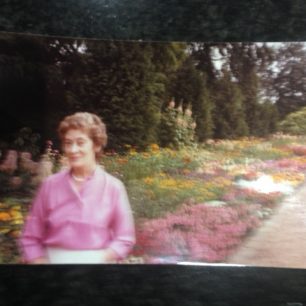 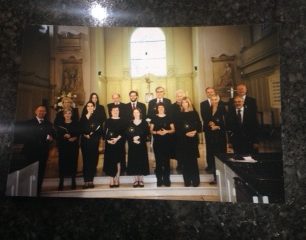 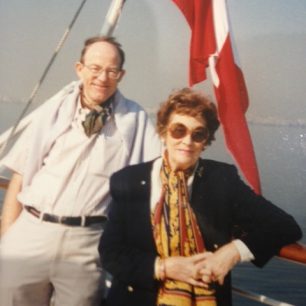 Brian has lived in St John’s Wood since the 1960s. He worked as a civil servant, and since he retired has been a member of St John’s Wood Chamber Choir, and a ‘watcher’ for the Friends of the City Churches.

Brian’s education started in Cardiff and then he moved about with his mother and stepfather, (who was working on telecommunications and security). Brian finished up at Magdalen College School in Brackley, which was a good school. By 1960 Brian and his mother had moved to a flat in St John’s Wood. She was a skilled book-keeper (and later one of the first in London using computers to pay salaries). The move was prompted by her work for the British Transport Federation in Marylebone.  The Civil Service in those days often required changing departments in order to get promotion, which Brian did during his career. When he retired, he was Finance Officer in the Office of Fair Trading.

Both Brian and his mother found St John’s Wood a very good place to live with its nice atmosphere and convenient public transport. There were very good neighbourhood pubs which were excellent meeting places at the time. Brian remembers the Alma in Alma Square, now sadly gone. At weekends they visited relatives or they might go to Hampstead Heath for instance, and Brian joined Middlesex County Cricket Club to watch them play at Lord’s. Later he would go to Australia, West Indies and New Zealand to watch the England cricket tours. Brian spent the long summer holidays on trips with friends to look at architecture, the temples in Greece and the Ottoman Empire, also Yugoslavia and Italy, particularly Ravenna.

Brian became involved with St John’s Wood Church when his mother died and Gregory Platten took the service. The congregation were welcoming and he found a happy place in the Church’s Chamber Choir.  With more time on his hands, Brian joined the Friends of the City Churches in 2008, a charity set up after the Templeman Report had suggested the majority of those churches needed to be closed. The Friends aim is to assist churches to remain open for prayer or for viewing, by providing ‘watchers’ from their volunteers. In 2014 Brian took over as  watching co-ordinator and has just retired from doing that, but himself remains a watcher and a trustee. Today the Friends watch 20 churches and have 90 volunteers. St Mary Abchurch is the Friends’ headquarters.

Brian draws great satisfaction from singing with the St John’s Wood Church Chamber Choir.  Michael Cayton,  Director of Music at St John’s, is an inspiring leader, and has led the choir to give performances in different places, to sing at Southwark cathedral for instance and in Sussex and in Buckinghamshire. At St John’s they always do special music for the Advent Carol Service and for Palm Sunday.  In 2007, before he joined the Friends, the Choir sang at the City church of St Andrew by the Wardrobe. Ten years on and the Friends wanted to commemorate the rededication of St Mary Abchurch after the Great Fire (and also after WW2 bomb damage). Brian, now a Trustee, recommended the Chamber Choir. This was very successful and they sang again recently for the dedication of the First and Second World War Memorial, which was recently discovered in the crypt with the people named on it researched for a booklet. At this service the new Bishop of London, Sarah Mullally, presided and preached.

Brian still has time to write for the magazine of the Friends of City Churches, mainly about the music, but also other historic issues, such as the supply of fresh water to the City from the River Tyburn, with a conduit leading from Marylebone to Cheapside, parts of which date from 1237.  Brian also belongs to the Players of St Peter’s upon Cornhill. The Group was set up to celebrate deliverance after World War Two, and now performs Mystery Plays. Among other places they have performed at St Saviour’s in Chalk Farm, and it is hoped that they will perform there again. Over the years, London has provided Brian with a wealth of cultural interests, from cinema to opera and art galleries.