You are here: Home>Places>Streets>Violet Hill>The Morgan family of Violet Hill and Abbey Gardens

The Morgan family of Violet Hill and Abbey Gardens 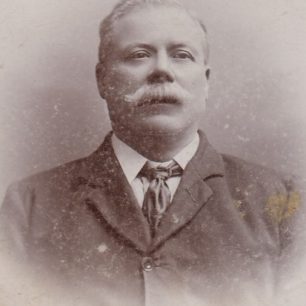 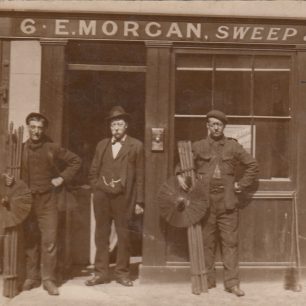 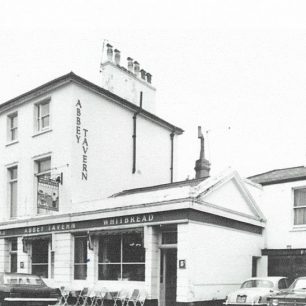 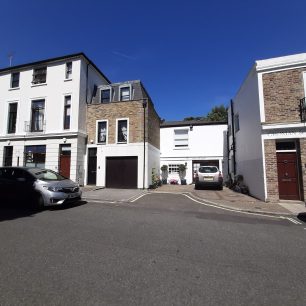 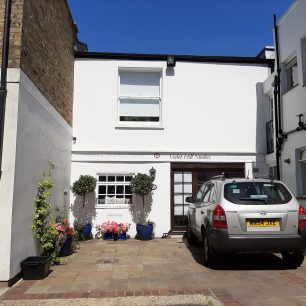 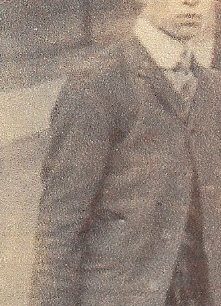 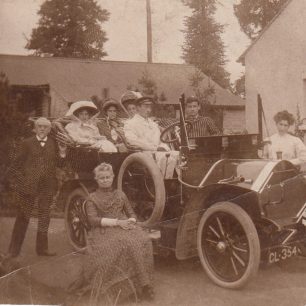 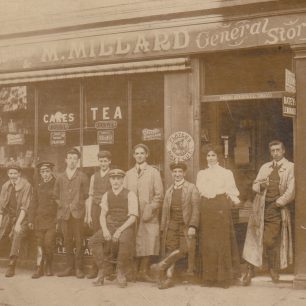 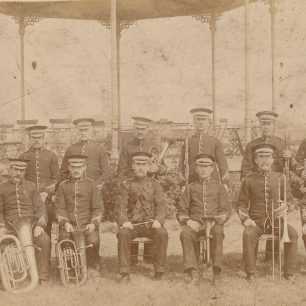 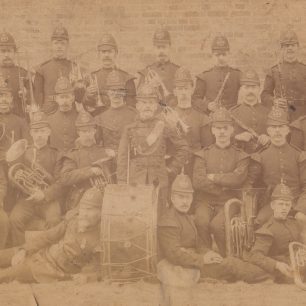 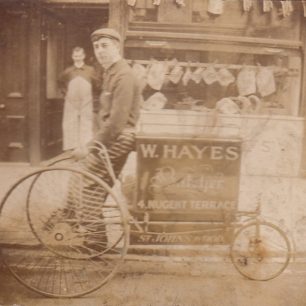 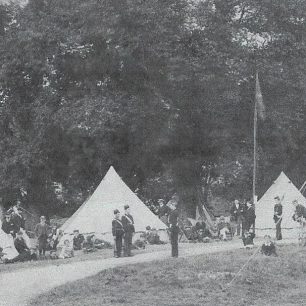 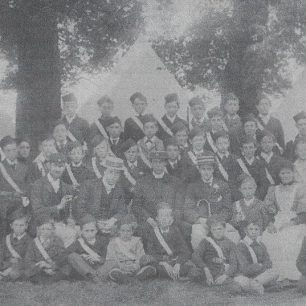 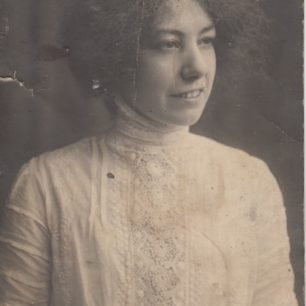 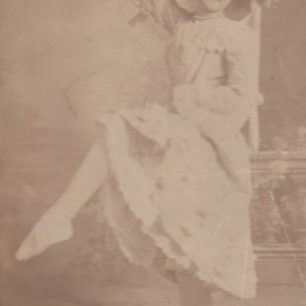 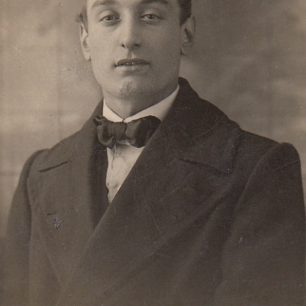 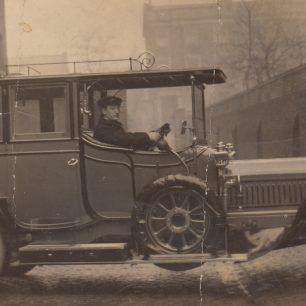 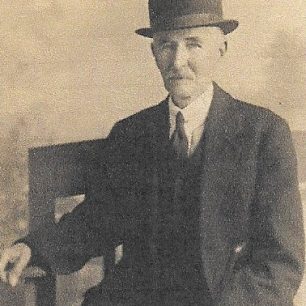 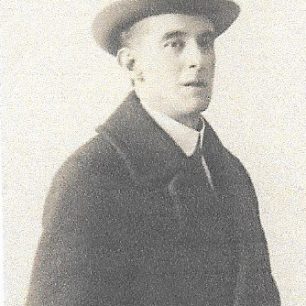 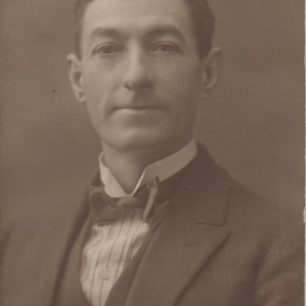 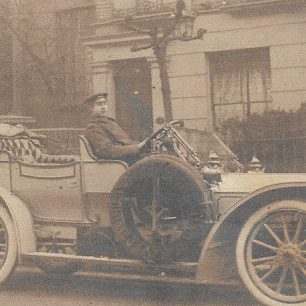 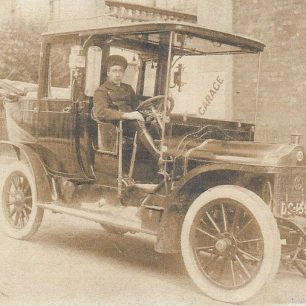 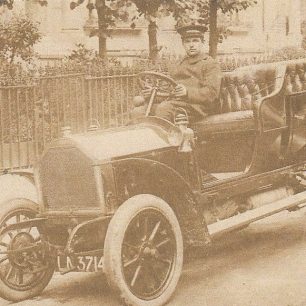 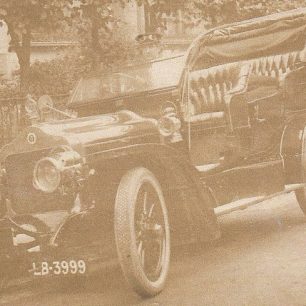 My great grandfather Edward Reuben Morgan was born in 1855 and was baptised along with 3 of his siblings on August 5th 1860 at St Mark’s Church, Hamilton Terrace, Marylebone. His father, Alexander Morgan, was a chimney sweep and the family lived at 7 Violet Hill.   By 1871 Alexander had died but his widow, Rebecca, carried on the business.

Edward Reuben, aged 20, was a chimney sweep living in Clerkenwell when he married Jessie Cahill in 1876. They moved back to 7 Violet Hill where Edward continued  the family chimney sweeps business. He became a Master Sweep with premises at 6 Violet Hill and employed several men. He became moderately wealthy and by 1891 the family had moved to 56 Abbey Gardens.  Edward was also in a small brass band that played at various events in parks and at hotels.  All of their 8 children were baptised at St Mark’s Church and the boys went to St Mark’s School. The daughters all had private singing and dancing lessons and some of the boys studied painting at the studio of Augustus John.

Unfortunately Edward appears to have had a tendency to spend too much money on drink. They rented out rooms to other families but by 1901 were living at 6 Violet Hill with 5 of their children. Their eldest son had moved out and my grandfather, Reuben John aged 14, and  his brother Maurice aged 19  was living with  their Cahill grandparents at 46 Abbey Gardens, where John Cahill was a house painter.   Maurice was working as a butcher’s assistant for W. Hayes at 4 Nugent Terrace while my grandfather was working as a baker’s assistant.  Their mother Jessie died in 1906 aged 50,  and Edward Reuben died at 6 Violet Hill in 1912 aged 56. Four of his unmarried children were still living there.

Dorothy married Percy Barrott  and had two daughters, Dorothy born in  1912 and Marjorie born in 1915 after her husband was killed as a sailor on HMS Aboukir.  This was the first massive disaster for the Royal Navy on 22 September 1914 when an early German submarine, U9 commanded by Otto Weddigen,  sank three ships  including HMS Aboukir with the loss of 1,459 men off the Dutch coast.  By 1920 she had married again to Edward Burgess, a chauffeur, and they were living at 9 Violet Hill and were still there in 1939. Marion married another chauffeur, Archibald Richardson.  The sweep’s business continues at 6 Violet Hill under new ownership and in 1939 it was a sweep and carpet beater company.

Later Reuben and his younger brothers, Harold and Malcolm, worked at the Abercorn Motor Company (at Abercorn Place?) as motor engineers and chauffeurs.  My grandfather eventually became the chauffeur for the Harrison family of Cogswell and Harrison, the London gunsmiths.

Other members of the family

Some of the family went on the stage as their uncle, Percy Cahill, was a comic actor, singer and dancer who toured the UK and abroad. The eldest son, Jesse Edgar, became an actor and went on tour with his uncle,  for example appearing  with him as Mates of the Nancy B in a production of Sinbad in Exeter and Plymouth.  Elsie Rose became an actress, a revue dancer and finally a ballet dancer in the chorus and went to live in the USA.  Dorothy became a singer in variety shows. Maurice trained to be a minister in the church and was a private in the 3rd (City of London) Battalion (Royal Fusiliers) and became a messenger delivering food and medical supplies to the troops. He was the only one of the family who was killed in the war.