You are here: Home>New contributions>Sheila Chisholm (1895 - 1967) - the "Sheila" from Australia who fascinated British society and lived at 82 Hamilton Terrace 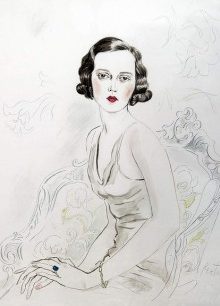 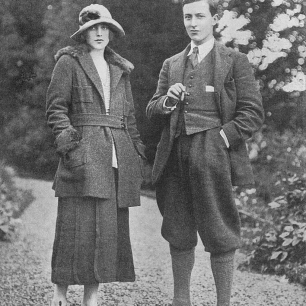 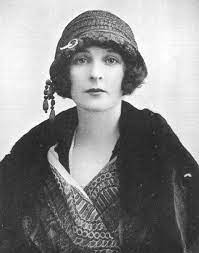 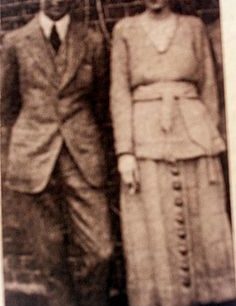 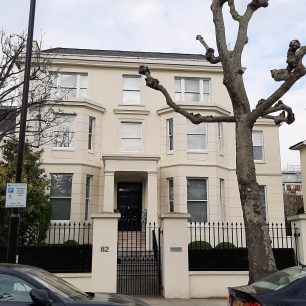 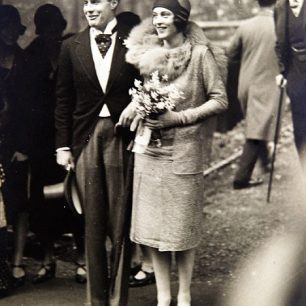 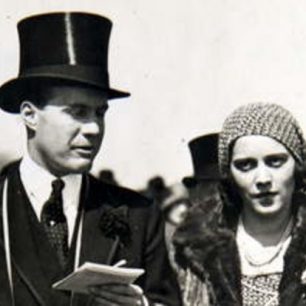 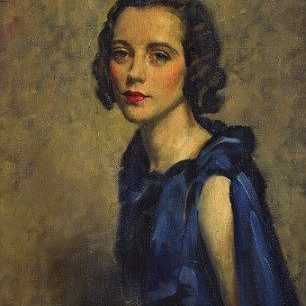 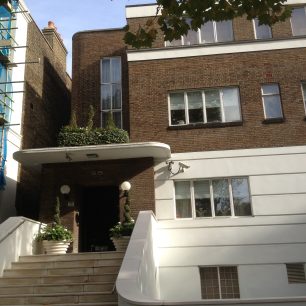 The daughter of racehorse trainer Harry Chisholm, who was a descendant of a family who had helped settle and explore Australia, Sheila was born and raised on a sheep and horse station at Goulburn Plains, New South Wales  where she enjoyed a happy childhood with two elder brothers, John and Roy, and a devoted mother .  In the  summer of 1914 , she and her mother left an Australia where Canberra was still only on the verge of being constructed,  to come to a sophisticated London, meaning to see the Continent and enter society by being presented at Court with a group of Australian women, but the Great War started and  plans for a tour of the Continent had to be abandoned.

Her brother John joined the army and was sent  to the Mediterranean so Sheila and her mother went to Cairo hoping to meet him when he was on leave.  No one expected the  disaster of Gallipoli or the deluge of wounded soldiers that were sent to Egypt  – 500 had been predicted but 16,000 arrived so Sheila volunteered to help with the nursing; while visiting John in hospital she met Lord Loughborough, heir to the Earl of Rosslyn. A wartime romance ensued and they were married in Cairo in December 1915, returning  to London in 1916  where Sheila  joined the young married set and began to be extremely popular.  She started working for charity, particularly helping the  plight of Belgian  refugee children, and became known as “the mother of the orphans.”    She became a mother herself when her son was born  in May 1917, but unfortunately her marriage became unhappy as her husband had  an addiction to gambling and no matter how often he promised to reform, he never did. By the last year of the war she became best friend of Freda Dudley Ward, a dashing young wife and mother who was also unhappily married;   during an air raid she had taken shelter in the porch of a house in Belgravia at the same time as the Prince of Wales, who immediately fell in love with her and started a relationship which lasted until he was smitten  by Wallis Simpson in the 1930s.

Because of this relationship Sheila now met Prince Albert – Bertie – the younger brother of the Prince of Wales and for the next couple of years the foursome  made hay dancing their way around a London recovering from the War.    King George V had little success in persuading the Prince of Wales to give up unsuitable relationships but in 1920 he managed to bring Bertie back to the straight and narrow by offering to create him Duke of York in return for giving up Sheila.   After an amicable break Sheila remained a close friend of Freda, as well as the other leaders of London society like Lady Diana Manners and Lady Louis Mountbatten,, and became  famous for her individuality – she was one of the first to go hatless for example and actually had bare legs at Cowes  Week one year.

Despite the birth of a second son and a couple of years living in Australia with her husband  –  “Loughie did not change at all” .   It was only her family money that save them from ruin. She had been frightened of losing her sons if she divorced him but  she returned to London in1923 and her trustees helped her arrange a  satisfactory divorce.  She then met  Sir John Milbanke (1902-47),  the Boxing Baronet known as Buffles , (whose father had won the VC in the Boer War and was killed at Gallipoli,); he was seven years younger than she was  and their wedding  in 1928 caused chaos in central London with people climbing on to parked cars to get a glimpse of the couple. ” He was arrogant and yet shy, as attractive mixture. I loved him but he annoyed me,” said Sheila. She dashingly had her hair shingled in 1929  –An acknowledged leader of fashion, Lady Loughborough is credited with being one of the first to adopt the shingle, at a time when long hair and the bob were the only admissible forms of hairdressing. Lady Loughborough’s shingle was said to be the closest cut in society and was so successful that her example was immediately followed by hundreds of other women –    and in the 30s she and Poppy Baring were among a group of women who invented pay parties – charity fundraisers in private home without the cost of the grand charity balls. She also appeared on Pond’s cold cream advertisements  in 1932-33 – Lady Milbanke is tall and slim, like a willow, with soft brown eyes and nut-dark hair. Her complexion has vivid carmine tints that some brunettes are blessed with. Her skin is satiny smooth.  Chips Channon said in 1935 she was calm, lovely,  gentle,  restful  with a classic oval face, dark brown eyes and auburn hair.

She and Sir John moved to Hamilton Terrace in 1933  when they decided they wanted to live where they could combine city living with grass and space for children and dogs  and in October 1937 she gave an interview to journalist Nell Murray  writing on behalf of  a group of Australian papers.

No 82 is a solid mansion, standing back from the road, unlike so many London houses. Through a little green door you walk to the front door, through a narrow glassed-in tunnel, roofed picturesquely with the spreading branches of a huge vine laden with fruit and green leaves.  As you enter, the subtle scent of potpourri drifts our from the sitting room with its family portraits on the walls, for bowls of it are placed at intervals to give off sweet perfume, constantly renewed.  There is a collection of rose quartz, lovely things from China collected piece by piece.  The dining room, looking out over serene green lawns and trees shedding autumn leaves, is remarkable for its huge plate glass window occupying almost an entire wall, which gives an almost theatrical effect to the room.

Freda Dudley Ward had divorced her husband in 1931 and  married the racing car driver Marques de Casa Maury in 1937.  He  commissioned a new house a few doors away from Sheila at 58 Hamilton Terrace  (having demolished two Victorian houses on the site) from the  Scottish architects Burnet, Tait & Lorne, regarded as the premier British architectural practice of the decade, and the couple moved in in 1938.

Sheila’s younger son Peter had been studying at Cranwell in 1937 to be a RAF pilot and so was  enlisted the minute war began in September 1939.  Sheila also volunteered for nursing work immediately  and was at Lavington Park in Sussex, which had been turned into a maternity home working from 8am to 9pm,  when on 6 September she received a phone call from Buffles  to say that Peter had been killed in his Hurricane in a night time accident. He was not quite twenty one years old.  She was very touched that the King and Queen invited her to a private meeting at Buckingham Palace when they talked about their children. She returned to live at Hamilton Terrace and carried on with her volunteer work.  Later in the war both Tony and Buffles were involved with the invasion of France in 1944 and both survived to return home,  though Buffles turned to alcohol and died in 1947.

After the war Hamilton Terrace , which needed an unobtainable staff of four to run it,  was shabby and no new building or redecoration  was allowed in England so it was sold  and is now divided  into flats.  After Buffles death Sheila married Dimitri Romanov,  a friend for many years, who was one of the last Tsar’s relations who had been rescued in 1917 by  a destroyer sent by King George V .   Sheila opened a travel agency Milbanke Travel in 1954 based in Fortnum and Masons which was very successful . She died in October 1969 from heart failure and lung cancer  but it was almost unnoticed by the media.  After all her years in Europe she  said:

I dream about (Australia) and I can smell it quite clearly with the wattle and the gumtree.

And she also said:

“I married all my husbands for love and I certainly didn’t care about titles and none of them had any money”.