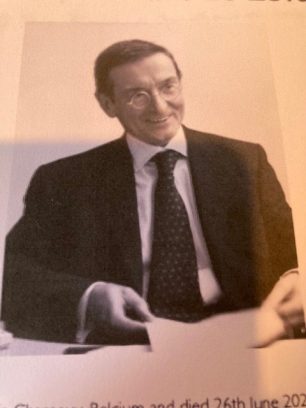 Marc de Leval was born in Charneux, Belgium in 1941. He trained as a surgeon, specialising in cardiac surgery at the medical school in Liege, Belgium, graduating in 1966, followed by postgraduate training in the United States. He came to England and was Professor of Cardiac Surgery at Great Ormond Street Hospital for Children.  He and his wife, Veronique, and their children lived for some time in north London. From there each  day he drove to the RAC Club for a swim before going to the hospital. He was responsible for the creation of the Heart and Heart and Lung transplantation programme at Great Ormond Street in 1988. One day he announced to his wife that they were moving house – to 32 Hamilton Terrace which had a swimming pool at the bottom of the back garden.  He told my husband and me that he had done 10,000 operations on babies.  He retired to Belgium at the end of 2019.