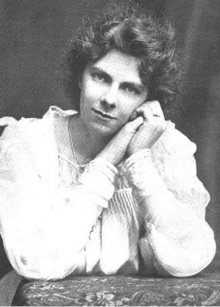 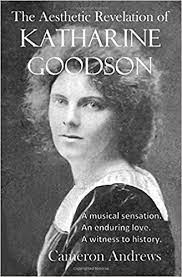 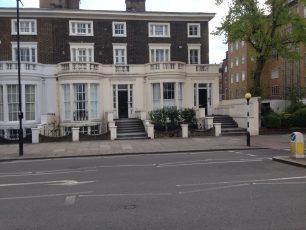 Katharine Goodson, born in Watford in 1875 ,  and known to her family as ‘Kaigee’, was an English pianist  who at twelve years of age studied at the Royal Academy of Music. There she later  met and  married  a fellow musician, the composer Arthur Hinton in 1903. She also studied with Theodore Leschetizky in Vienna for four years.

she made her American debut in  1907 as soloist with the Boston Symphony Orchestra in Boston.

She claimed to be the first woman to give a recital in the Albert Hall in 1918, playing a Chopin programme on behalf of Kensington War Hospital Supply Depot. In 1923 Goodson was living at 14 St Johns Wood Road when she went on the liner Majestic to America.  In 1931 she performed with Sir Thomas Beecham, and took on pupils including Clifford Curzon.  In World War Two her house was destroyed in the Blitz, followed soon after by the death of her husband.  After a number of years in retirement living at 6 St John’s Wood Road,  she made a reappearance in London in 1946 at the age of 74 when she played with all her powers almost unimpaired and her interpretations beautifully mellowed.  She died in Chelsea in 1958.