You are here: Home>Places>Streets>Mistresses and Brothels 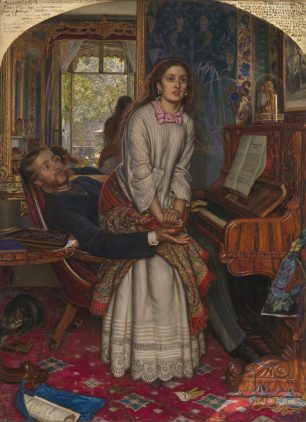 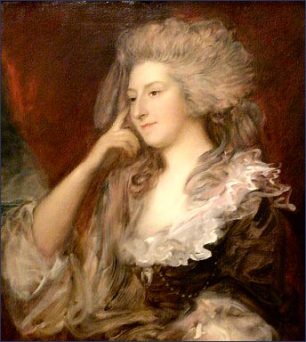 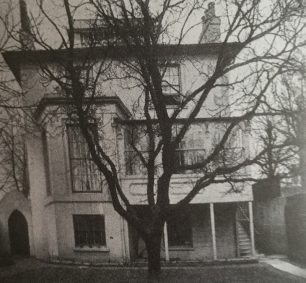 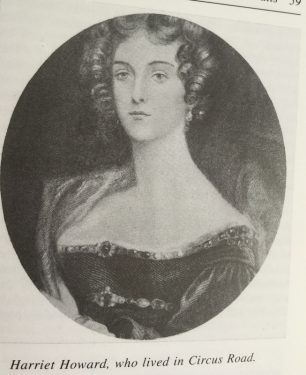 According to Stella Margetson in her short history of St John’s Wood which she titled “Abode of Love and the Arts”, in the 19th century  the area was as well-known for housing gentlemens’ mistresses as it was for housing painters, musicians and writers.  It was also known for its brothels. Holman Hunt’s painting The Awakening Conscience depicts a kept mistress  and her lover in a villa in St John’s Wood; Holman Hunt hired a room at Woodbine Villa, Alpha Place which was a maison de convenance where illicit lovers could meet. The young woman’s status as a kept woman is indicated by the fact that she has rings on every finger of her left hand except the wedding finger. She is in what would have been recognised at the time as a state of undress.  She has been singing “Oft in the stilly night” which tells of a young woman thinking back to her innocent childhood.

There is a website called regencyredingote.wordpress.com which features “St Johns Wood :The Naughtiness”.    Quotes below>

“ There were vast amounts of money to be made in the sex trade, and those in the top tiers, particularly successful madams, could afford to retire in style. But many of these women, though they might crave a quiet life in the country, often could not bring themselves to remove completely from the metropolis. A villa in St. John’s Wood offered them the perfect retirement residence. It was out of the city, in a rural setting, within the seclusion of a private garden.

“During the Regency, a lady and her gentleman friend would be able to spend time out of doors in the garden of their St. John’s Wood villa and enjoy much the same privacy they would have enjoyed indoors, with little concern for prying neighbors. A great deal of naughtiness could be got up to in such a private setting.

“Some of the better known, though somewhat scandalous, residents of St. John’s Wood included Maria Fitzherbert, the Prince of Wales’ morganatic wife, who lived for some time at Stockleigh House, Prince Albert Road, after her last break with the Prince Regent.

“The infamous Mrs. Everest, the daughter of a peer, eloped with one of her father’s footmen, then later abandoned him for a wealthy sugar-broker. Her sugar-broker died two years later, leaving her a fortune, which she used to establish her own household in an elegant villa in Circus Road.

“Mary “Molly” Meers, the daughter of a Leicester blacksmith, had become a successful actress by the age of sixteen, but gave up acting for the life of an adventuress. She eventually garnered the protection of a wealthy, widowed and elderly banker, who set her up in her own villa in St. John’s Wood. It is believed that many of Molly’s real-life adventures were the inspiration for William Makepeace Thackeray’s most memorable character, Becky Sharp, the heroine of his novel,  Vanity Fair.

“William Pole-Wellesley, a nephew of the Duke of Wellington, married the heiress, Catherine Tylney-Long, in 1812, but the marriage was not a success. He soon became enamoured of Helena Bligh, the wife of a captain in the Coldstream Guards. Even though he eventually married Mrs. Bligh, after his first wife died, he remained a social pariah, shunned by polite society. Pole-Wellesley was a notorious rake, and many believed he had caused his first wife’s death by giving her a venereal disease. Society was not very forgiving and he was never again accepted in the best homes. Having also run through the bulk of his first wife’s fortune, he took a modest villa in St. John’s Wood in the mid-1820s.

“Due to its diverse and not always respectable population, St. John’s Wood acquired some rather tongue-in-cheek nicknames, including “Apostle’s Grove” and the “Grove of the Evangelist.” Alan Montgomery Eyre, an early historian of St. John’s Wood, wrote of it in 1913, “Whatever other titles to fame St. John’s Wood possesses, surely its last surviving association will be that with the heroines of passion and the victims of propriety.” That perception did not really change as the nineteenth century progressed. Many wealthy men still set up their mistresses in St. John’s Wood, even into the early decades of the twentieth century.

“Harriet Howard (1823-1865) who was the mistress, at 18 years of age, of Major Francis Mountjoy Martyn, an officer in the Life Guards, lived at 23 Circus Road in 1841 but in 1846 met Prince Louis Napoleon and so gave up her house, garden etc to become involved in a plot to restore him to the throne of France.”

John Thomson ran an infamous flagellation brothel at 7 Circus Road, on the south side on the corner with Cavendish Avenue, which was visited by the poet Swinburne some time before 1879.

Countess  Fretchkoff, née Kate Gillman, lived in South Bank in her retirement (according to Mireille  Galinou)