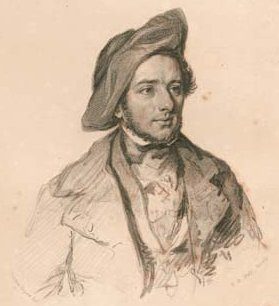 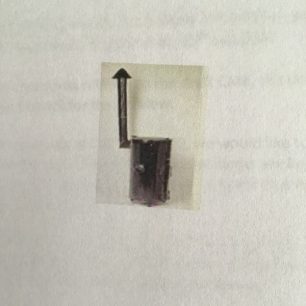 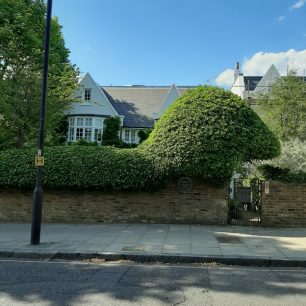 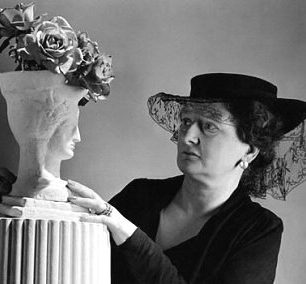 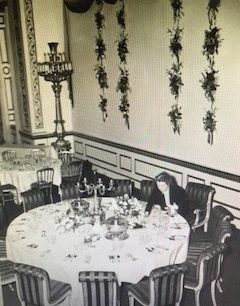 Constance Spry laying the tables for the Coronation 1953 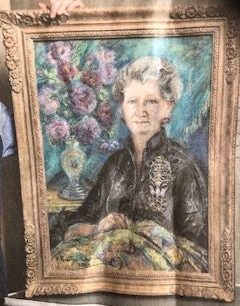 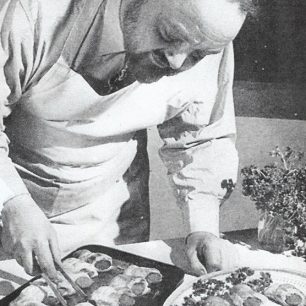 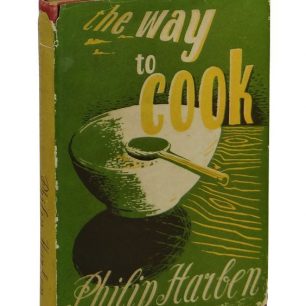 The Way to Cook by Philip Harben 1945 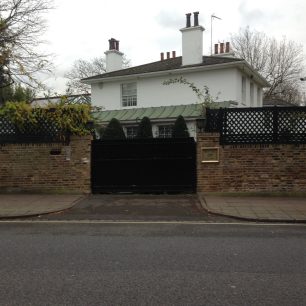 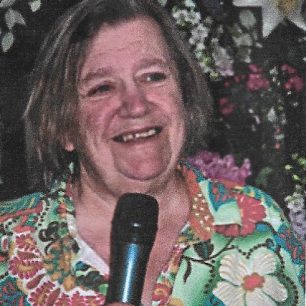 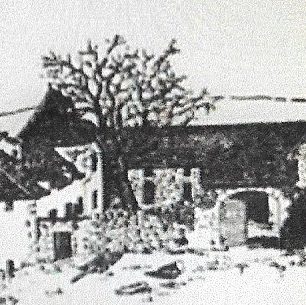 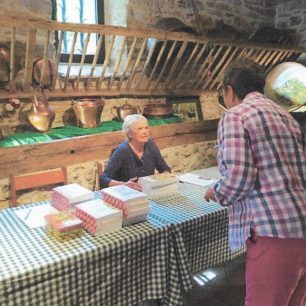 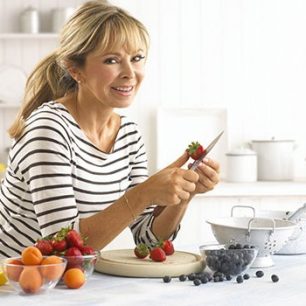 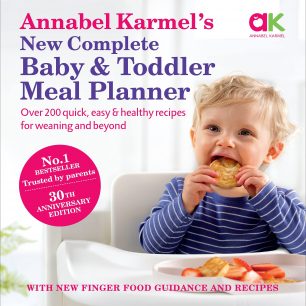 Escaping from France during the 1830 Revolution,  the French chef Alexis Soyer became the most celebrated cook in England. He worked for the Duke of Cambridge’s household where his brother was head chef and then from 1837 – 1850 he was chef at the newly built Reform Club in London, designing the innovative kitchens there with Charles Barry, which became so famous that they were open for conducted tours by the public. He managed to feed 2,000 members and their guests on the occasion of Queen Victoria’s Coronation and  instituted many innovations, including cooking with gas, refrigerators cooled by cold water, and ovens with adjustable temperatures.  His salary was more than £1,000 a year  and “Soyer’s Sultana’s Sauce” was marketed for him through Crosse and Blackwell in an exotic bottle with a label featuring Soyer himself, unmistakable in his trademark cocked hat.

During the Irish famine  in April 1847, Soyer invented a soup kitchen and was asked by the Government to go to Ireland to implement his idea. His famine soup was served to thousands of people in Dublin for free and while in Ireland he wrote Soyer’s Charitable Cookery,  giving  the proceeds of the book to various charities.

This book by Soyer sold 30,000 copies  between 1849 – 1853 and was written in the form of correspondence between Hortense of Bifrons Villa in St John’s Wood and her young friend Heloise, discussing all forms of housewifery and showing how it was possible to have an extravagant lifestyle on a budget.  In reality Hortense was Soyer’s friend Mrs Baker of Bifrons Villa in Acacia Road, and they had had extensive conversations about cookery.  Bifrons Villa was destroyed to become the site for the house of Onslow Ford, which was later destroyed to become the site of St John’s Wood station.

During the Crimean War Soyer was inspired by the reports of correspondent William Howard Russell in The Times about the malnutrition of troops to improve the  feeding of the army, originally at his own expense. (Later he was paid his expenses and wages equivalent to those of a Brigadier-General. ) After a six week journey he reached the Crimea where he was granted complete autonomy on the soldiers’ diet and by the use of his invention,  the portable Soyer stove, managed radically to improve the way that British soldiers were fed. Until then a soldier received a small hunk of bread and a chunk of meat each day which he had to cook for himself,  finding his own fuel, but one stove could cook sufficient for fifty men and be used either indoors or out, as they would work in all weather conditions, including heavy rain.  Soyer produced soup recipes and insisted on the meat being diced before it was cooked. According to Soyer’s own calculations they could save an army of 40,000 men 90 tons of fuel per day.  The stove was light enough for a donkey to carry two of them on its back, and was used by British soldiers until the Falklands War of 1982.  Eventually each regiment had its own chef  trained by him who gathered all the necessary ingredients together and  this led to the creation of the catering corps, saving as many lives as Florence Nightingale did with her hospitals.  He wrote A Culinary Campaign as a record of his activities in the Crimea and his 1854 book A Shilling Cookery for the People was a recipe book for ordinary people who could not afford elaborate kitchen utensils or large amounts of exotic ingredients.

His house at 28 Marlborough Place has a plaque on it.

1927 was the year that would change Spry’s life forever. She was asked to arrange flowers for a new branch of Atkinsons perfumery in Old Bond Street and  decorated the shop with displays of autumn leaves and berries mixed with green orchids, drawing great crowds to the window with her revolutionary new style. Refusing to be associated with the dated Victorian and Edwardian styles of “carnations and asparagus fern”, Spry made a name for herself using all kinds of plant materials.  In 1929 she started her  flower business,  providing flowers for society weddings and dances; one of Spry’s most daring displays was the great urns of flowering cow parsley which she used to decorate the wedding of Jo Grimond and Laura Bonham Carter in 1938, confirming the vogue for “country weeds”. She counted the Prince of Wales as one of her favourite clients and, after his abdication, travelled to France to decorate his wedding to Wallis Simpson in 1937. As a consequence, Spry received no commissions from Buckingham Palace until 1947 when she was asked to supervise the flowers at Princess Elizabeth’s wedding. In the Second World War she toured factories to teach women how to make bouquets from wild flowers springing up on bomb sites.    She  realised the value of flowers to everyone, particularly poor people, saying that the beauty of nature was a great life improver to all, and she realised flowers and decoration offered a career to women from ordinary backgrounds. and she worked to advance the education and independence of women.  She taught flower arranging in Elm Tree Road, transforming the way flowers were used to decorate the home.

She turned much of her garden over to growing vegetables and keeping chickens and wrote a cookery book. Come in to the Garden, Cook was published in 1942 and by 1945 Spry had reopened her flower school in partnership with a cookery school run by Rosemary Hume. The two women were to become lifelong friends and went on to co-write The Constance Spry Cook Book (1956),  published  under Spry’s name only at the insistence of her publishers, and was a best seller for many years.

By 1952 Spry received the most important commission of her career, to oversee the floral decorations at the Coronation the following year. This meant not only decorating Westminster Abbey, but also the ceremonial route from Buckingham Palace, for which crates of flowers from across the Commonwealth were requested. She persuaded chief designer, Eric Bedford, and the Minister of Works, David Eccles, to adopt a simple palette of heraldic colours of scarlet, pale blue and gold. Spry also volunteered, alongside Rosemary Hume, to provide lunch for 300 guests, where they devised the famous Coronation Chicken dish  which became  the standby of many a middle class luncheon ever afterwards  She also made jardinieres out of old meat cloches for the luncheon decoration.

The first ever television cookery programme

Philip came from a theatrical family and worked as a stage manager and a commercial photographer  as well as running the restaurant and bar at the Isokon flats in Lawn Road, Hampstead. before joining up in 1940. He compered a BBC wireless cookery programme from 1942 and then after the War, introduced a BBC television programme called Cookery in 1946 ,  the first ever televised cookery show, preparing lobster vol au vents in ten minutes flat. The programmer ran until  1951, followed by Cookery Lesson , then What’s Cooking . His emphasis was on method and principles rather than recipes and he can be credited with the first TV moment when on live television he cracked an egg that was so bad he had to abandon the recipe while he and the studio crew collapsed with laughter. He lived in Acacia Road and often he used his own personal rations for his demonstrations, so he appreciated the struggles ordinary housewives  had to feed families on the rations that lasted until 1953. He is sometimes credited with the popularity of scampi which he cooked  first in 1953  from “Nephrops Tails” which at that time were regarded by fishermen as something to throw away.  Hel lived at 65 Acacia Road in St Johns Wood after the war until 1957, now the site of Birley Lodge.

Clarissa grew up at 39 Circus Road, the daughter of surgeon Arthur Dickson Wright, the younger sister by 13 years of 3 siblings, and became  a barrister in 1970.   As she wrote in her autobiography Spilling the Beans  the house was built in 1809 and stood on two floors surrounded by three-quarters of an acre of garden and a wall. Nine bedrooms, three bathrooms, a library, a drawing room and a gallery which had been built on for cricketing lunches due to the proximity to Lord’s cricket ground, a dining room, four cellars for various purposes, a kitchen, a pantry, a large servants’ sitting room and, best of all, along the whole of one side wall ran a covered loggia with Spanish-style brick arches . Her interest in food can be seen in her appreciation of the local shops –   we had two butchers and one kosher one, three greengrocers owned by a family of  Sicilians called Salamone, a MacFisheries and a proper fishmonger called Mr Brown. In those days every London fishmonger had a tank of live eels and because of the Jewish community Mr Brown also sold carp and gefilte fish. There was also, unusual for those days, a large delicatessen with barrels of pickled cucumbers and herring and all sorts of mid-European sausages.

Severely depressed after the death of her parents in 1975 and 1976 she became an alcoholic for twelve years until she began to attend Alcoholics Anonymous and carved out a new life, partnering Jennifer Paterson in the BBC Four series  of Two Fat Ladies .  The show centred on Clarissa and Jennifer travelling the United Kingdom  on a motorcycle driven by Paterson. It sported the registration N88 TFL (the British bingo call for number 88 is “Two Fat Ladies”).They travelled to various destinations, such as an army garrison and an all-girls’ school, where they prepared large meals, often with unusual or fatty ingredients which were not popular with some critics.  The reply to their critics was  The Ladies are cooks , not chefs – they reject the pretensions and elaborations of  haute cuisine and are aggressively unfashionable, delighting in such ingredients as clotted cream, lard and fatty meats.

Jeanne has lived in St Johns Wood since 1964 and while she worked for the Consumer’s Association helped Raymond Postgate with his Good Food  Guide, and was co author of the Good Food  Guide Dinner Party Book.  She and her husband have had a house in SW France in the Aveyron for more than 50 years  arriving there when farmers still ploughed with oxen, and  her famous cookery book Goose Fat and Garlic (1991) was based on recipes from SW France.  (A new edition has recently been published).  Traditional peasant dishes feature strongly  – cassoulet and  aligot as well as chestnut salad and crepes aux Roquefort.    Each chapter introduces the history of the ingredients and stories from Jeanne’s own experiences using them.

Annabel lives in St Johns Wood and is an expert on nutrition and cooking for babies and children, publishing her first book the Complete Baby and Toddler Meal Planner in 1991 after a career as a musician. This has been followed by books on feeding babies and families as well as how to help children to learn to cook. Annabel  writes regularly for national newspapers and appears on radio and television. She has also appeared as the Foodie Godmother on the Richard and Judy show where she travelled round the country helping fussy eaters.