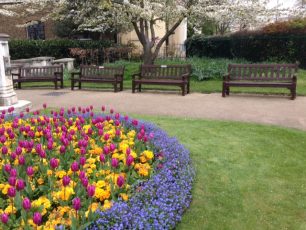 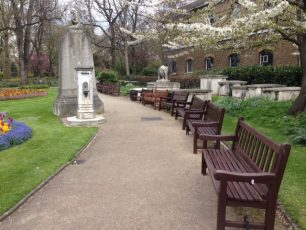 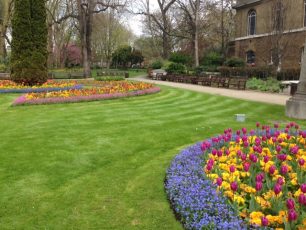 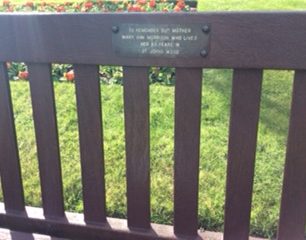 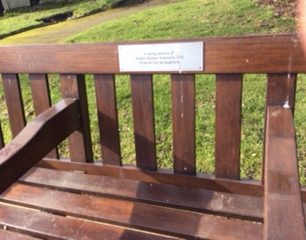 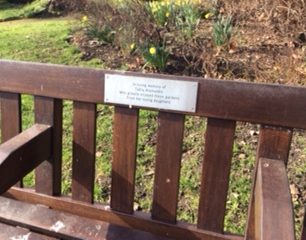 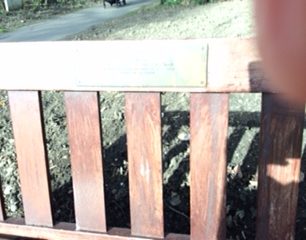 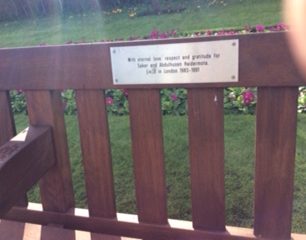 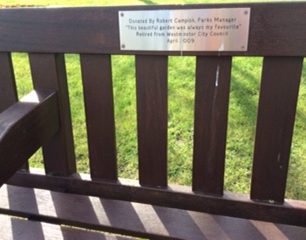 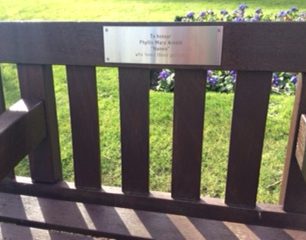 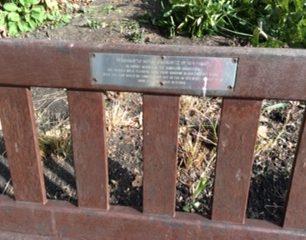 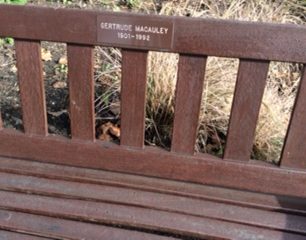 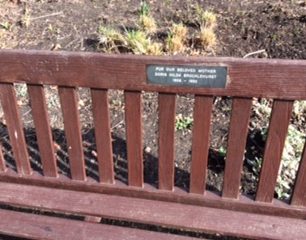 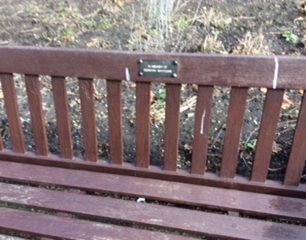 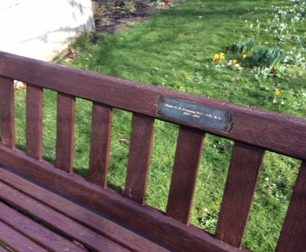 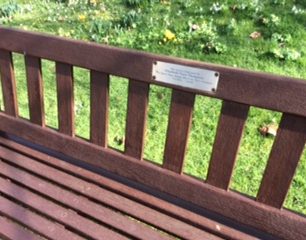 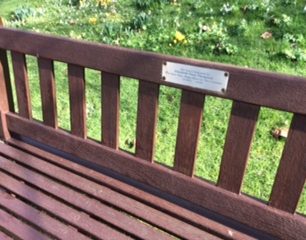 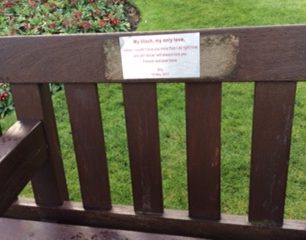 The burial ground was used from 1814 to 1855 when the St Marylebone Cemetery was opened.  There are thought to be some 50,000 graves here.

It remains consecrated ground and is now owned by Westminster City Council who administer it as a garden. There are 15 benches in the garden which bear inscriptions.

If anyone knows to whom they refer, please let us know.

The two benches for Tania and Sleiman Alamuddin were donated by my sisters and I. They were our parents.

My mother’s flat was in North Gate and she  and my father  spent happy times in the gardens. That is why my sisters and I decided to donate the benches in their honour. Noura Alamuddin