You are here: Home>Uncategorized>1976 We were having a heatwave

1976 We were having a heatwave 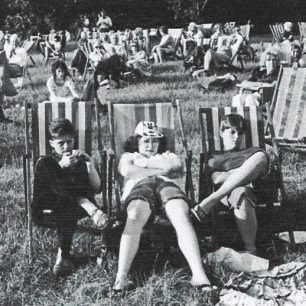 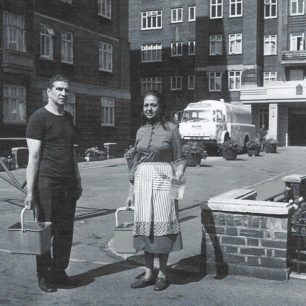 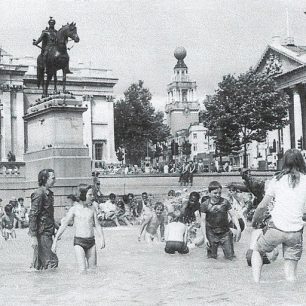 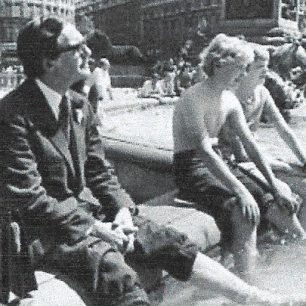 The famous heatwave of 1976 began 2 weeks before 23 June when the temperature was approaching 100F and hundreds of people in five tube trains were trapped for ninety minutes between Finchley Road and Baker Street stations after a signal failure at 10.30 am. As the Daily Mail wrote fifty years later in 2016 On the day that the London-set horror film The Omen went on worldwide release, the real horrors in the capital were underground, where dozens of passengers fainted and others stripped to their underwear.  The Bakerloo line was always  crowded, sometimes shockingly so, and very humid. One traveller of that era pathetically said that ‘the train was full but the guards packed in more and more people. When I finally]emerged sticky and wretched from the train, I found that we had been so closely packed that somebody had taken my handkerchief out of my pocket, used it, and put it back under the impression that it was his own.’

The Daily Mirror in 1976 described the “Tunnel of terror trip on the Tube” as a terrifying ordeal where passengers panicked in sweltering 106 F heat, (without air conditioning and before the invention of convenient bottled water) and battered out windows with document cases to let air in. Fights broke out and women fainted when the train stopped and all lights went out.

One passenger, journalist Jeff Samuels, said people were terrified when the train stopped. The rush hour train from W Hampstead was even more crowded than usual because of earlier holdups on the Bakerloo line.  It got unbearably hot and men started taking their shirts off. The windows steamed up and the air was foul. A woman holding a baby fainted near me but we were so jammed together she could not fall to the floor. Someone grabbed her baby while others fanned her with newspaper.  In the 2016 article, the suffocating heat was alleviated only slightly when people started smashing windows, initiated by a man later described as a blond sun-tanned giant, bare to the waist, who began swinging from two straps, launching himself at the glass.

Next day, one passenger described the nightmare: ‘In our carriage, the first window shattering, which seemed to set the fashion for the rest, came approximately 50 minutes after the train had juddered to a halt and some time after the first fainting fit.  The blond man glanced at the fainting woman, muttered something inaudible and let fly with his foot at the glass. Everybody else, brushing glass off each other, said that it was a very good idea, but we wished he’d warned us first. After that, every few minutes or so, we would hear distant tinkling sounds from up and down the tunnel. As more windows hit the track it made things a little less hot but not much.’

Eventually, just after noon, the stricken trains limped into Baker Street station having taken 90 minutes in life-threatening conditions to complete an eight-minute journey. Samuel’s train ended its journey at Baker St where furious commuters turned on station officials for an explanation of the breakdown. Faulty signals were blamed for the delay but London Transport were trying to discover why the passengers were stranded for so long. As the 2016 article said, If today’s compensation culture had prevailed back then, who knows what claims would have followed? Yet London Transport, far from offering compensation, scarcely even mustered an apology, pointing out tersely that nobody required hospital treatment.