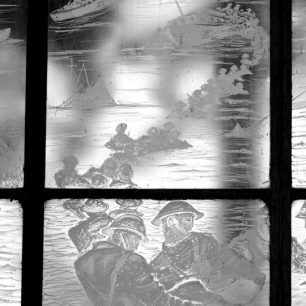 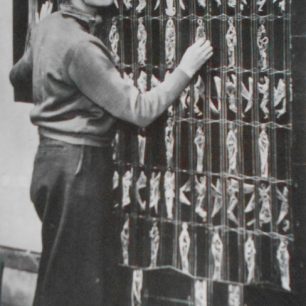 John Hutton working on the drawings for Coventry Cathedral 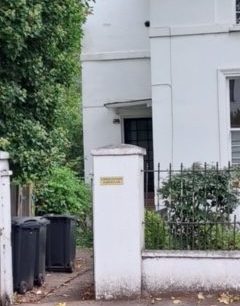 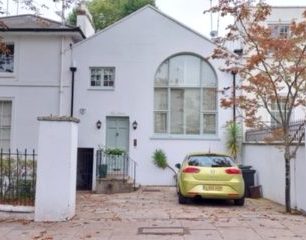 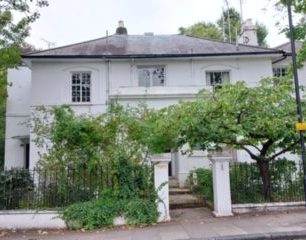 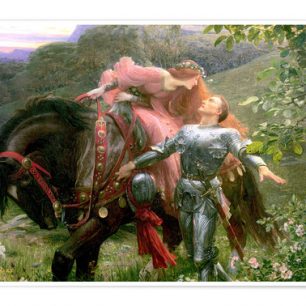 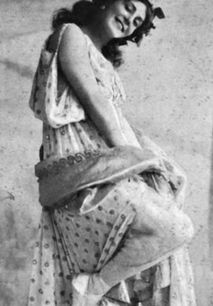 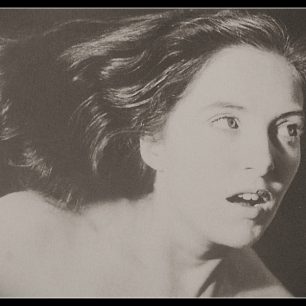 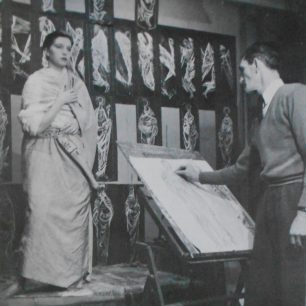 John Hutton working on the screen 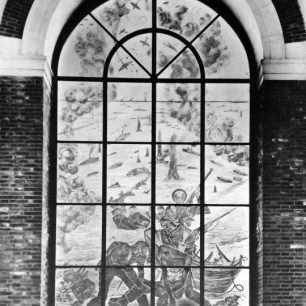 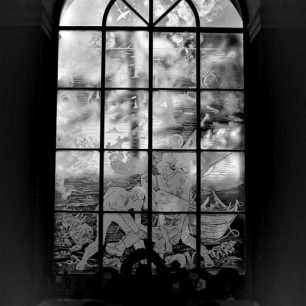 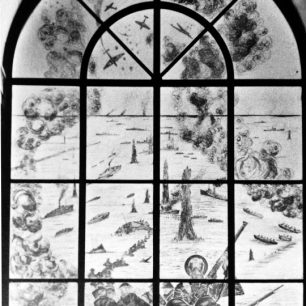 John Hutton was born in Clyde, New Zealand in 1906 and came to England with his artist wife Helen in 1936 , and had three children:, Warwick, (an artist), Macaillan (an architect) and Peter.(a teacher). They lived for a while in an artists’ commune at Assington Hall in Suffolk. and John worked on several mural commissions , including some for the liner SS Orcades. When the War started he joined the Army and in the 21st Army Group Camouflage Pool he met  architect Basil Spence.  In 1947 he designed his first large scale glass engravings – a series of four panels depicting the seasons for the restaurant area on the Cunard ship Caronia.    In 1949 the Huttons’ moved to Landermere Creek, near Thorpe-le-Soken, Essex,  firstly living at the ‘King’s Head’ before  moving into one of the Gull Cottages, where he had a glass studio in the garden which Eduardo Paolozzi (1924-2005) had used to make his sculptures.    Basil Spence then asked him to work on the Festival of Britain exhibition in 1951, where Hutton did many murals in the Sea and Ships pavilion.  Then came the request from Spence to help with the rebuilding of the badly bombed  Coventry Cathedral.

Hutton spent 10 years working on the West Screen window which was 21.5 metres (70 feet) high and 18.8 metres (45 feet) wide and was designed to have as much clear glass as possible. The bronze frame has main uprights which are tapered at both top and bottom, making them look  very slender.  Actually the window faces south because the new cathedral was built on a north-south alignment rather than the usual east-west, so that the ruins of the bombed cathedral could be seen from the new one.   The wings  added a feeling of movement and the trumpets added the idea of joy, ecstasy and jubilation.

Hutton’s sixty six larger than life figures  needed a completely new glass engraving technique, which he had developed by 1953, using  his own handmade engraving tool .  This was made out of an old washing machine motor fitted with a flexible drive shaft and  different sizes and grades of grinding wheel could be attached to the end. He had to use a sponge and water to cool the spinning wheel.  He would draw a large white chalk drawing on black paper and then the glass for the window would be put over it so the design could be seen through it and John would grind away. For angels and saints  he draped his model Marigold (Marigold Elizabeth Mary Dodson (b1931)in a silk bedspread and for the male subjects he posed himself looking into a mirror.  (Film of Hutton working may be found on YouTube under Glass artist, Engraved on glass and Artist in glass)

After the screen had been assembled on site, Basil Spence said he felt that the opacity of the figures would obscure the view of Graham Sutherland’s tapestry. He asked John if he could reduce the ‘whiteness’ of the engravings. John reluctantly agreed and with his two sons he climbed the scaffolding to carry out the polishing process which would satisfy the architect’s demands. One day they climbed up to continue the work and found that the screen seemed further away. In fact the whole screen had sprung loose and had moved from the vertical by approximately fifteen inches. Needless to say the three men descended the scaffolding faster than they had climbed it. Steel cables were eventually attached and they remain in place to this day. (information from Merv Russen)

While working on these engravings, John was living at 3a Greville Place  – next door at 3b was sculptor Fred Kormis, a refugee from Germany in 1934.  In fact no 3 was the former home of artist Sir Frank Dicksee  and known as Greville House,  and also of Madame Lydia Kyasht, “the most beautiful dancer in the world”  and was by this time was a collection of small studios for various artists, while at 4a the former studio of Gilbert Bayes  was lived in by Marek Zulawski, creator of the iconic propaganda poster Poland  First to Fight. Hutton’s  first marriage ended during this period and he eventually married Marigold Dodson, the artist’s model who had posed for the angels, in 1963  and had a daughter, Katie, but he  subsequently worked on various art projects with Helen.

He made many other large engravings, including the memorial windows at Dunkirk and in 1975 he became first Vice President of the newly founded British Guild  of Glass Engravers and worked on until 1978 when he finally succumbed to cancer, dying at Studio Barn, Clifton Hampden. He had always loved the  Cathedral which had made him famous and his ashes were appropriately buried beneath a stone at the foot of his finest work – the screen at Coventry Cathedral.