Henry Cummings was an Irish baritone who studied at the Royal Academy of Music, then later with John Coates. He won a Westmoreland Scholarship and other grants. After a career as a baritone, he was appointed Professor of Voice at the RAM and he married Norah Newby, an accompanist. He gave the first Sunday Promenade Concert at the Albert Hall in 1943.

During the Second World War he broadcast on Radio Luxembourg with coded messages to help the resistance movement in Europe, usually in the middle of the night. A car would collect him from his home in Watford to take him to Haberdasher Aske’s Boys School in Elstree where he sang songs in foreign languages – possibly Flemish or Dutch.

Later he lived at 52 Carlton Hill. 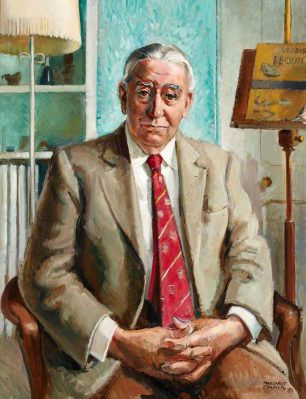