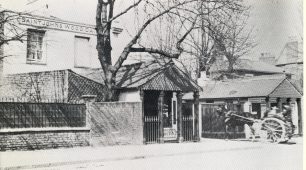 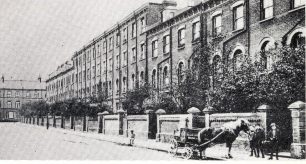 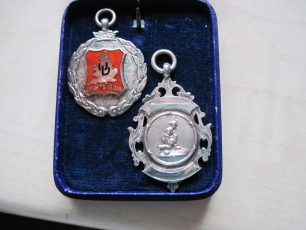 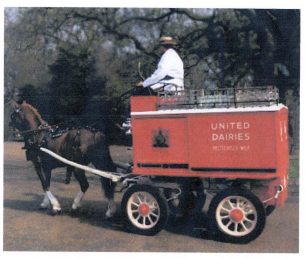 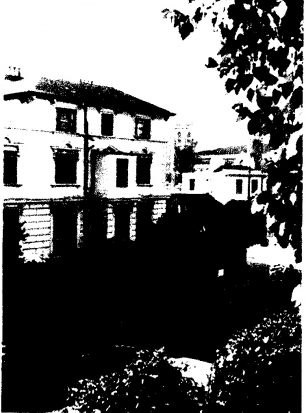 The dairy in the distance
Westminster archives

The dairy in Acacia Road was built on the site of the original St John’s Wood farm and remained until the end of the twentieth century. Most of the farm had been demolished but the block of cowsheds had remained to become the core of the dairy.  By 1915, it had amalgamated with other dairies, including Welfords. The Welfords had been dairymen to Queen Victoria.

The Welfords had established their dairy in Paddington, in 1845, with cows grazing on nearby fields, but soon had cattle grazing out at Wembley, and the Hackney marshes.

In 1886, they built a model dairy, including workmens’ flats in Shirland Road, and employed 400 men and 50 girl clerks to process the produce of 100 farms, with 100 horses to pull the milk carts. They had a reputation for excellence and cleanliness. Welfords and, later, United Dairies had sports clubs for employees, such as the bowls club at Paddington Recreation Ground.

The noise from the dairy was always a nuisance to the residents in Acacia Road. and resulted in many complaints, particularly one from a Mr Vincent asking for a reduction in rent from the Eyre estate because of the noise. Cows were driven in for milking and pony carts with iron tyred wheels stacked with milk bottles in crates came out between 5 and 6 in the morning, making extra noise when they crossed the granite setts between the dairy and the Finchley Road.

Evidently, the fame of Welford’s lingered on in St John’s Wood.  A long term resident said, in 2011, that if a woman had a voluptuous figure she was described as “having a fine pair of Welford’s”.

After the Second World War, milk was still delivered by horse and cart. The dairy had been bombed in the war and the manager’s daughter had rushed out in her nightdress to rescue the horses, but there was no sign of them. As the morning drew on they gradually returned, every horse having gone on its customary round, stopping at each house as usual.