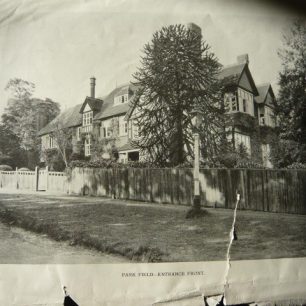 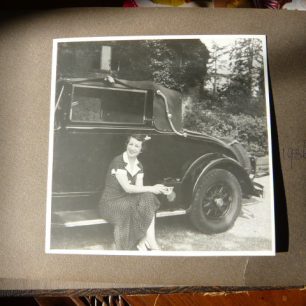 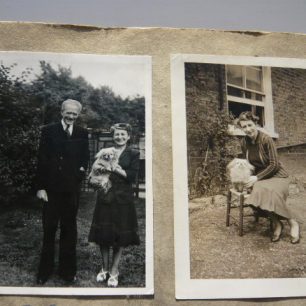 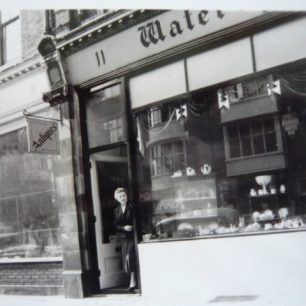 Yvonne in front of the shop
P Lessin 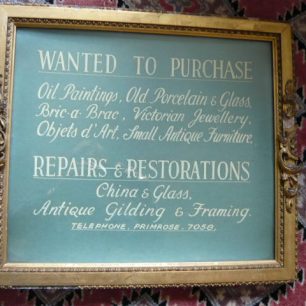 From the shop
P Lessin

Pamela Lessin’s mother, started Waterbyrn Antiques, at 11 St John’s Wood High Street, in the early 1950s, with her sister-in-law Bessie Byrne. She closed it in July, 1982 when she was 86.  Yvonne was born in Paris and married Otto Simonis, a chemical engineer. She trained at art school in London and worked as a fashion illustrator for newspapers and magazines, when it was unusual for women to go to work. They had a daughter and a son.  The family lived in a large house in Mill Hill with monkey puzzle trees in the front garden and subsequently in various flats in St John’s Wood and Hampstead. Otto had a series of strokes until he died aged 61, in 1943. Yvonne then moved to a small flat in New College Court, Finchley Road opposite Greggs Typing School, (now approximately WH Smith). Pamela remembers the Moo Cow Milk Bar, Northway Parade, which was owned by Nicholas Hastings (son of the eminent barrister and politician Sir Patrick Hastings).

Pre-war, Yvonne owned and ran a couture fashion house near Hanover Square called the Green Staircase. She was an excellent designer and stylist but couldn’t sew (unlike her own mother and, eventually, her grand-daughter who could). Pamela remembers the Green Staircase and its staff well. But the war put a stop to customers for expensive couture clothes, and luxury fabrics were no longer available. Yvonne worked during the war in the Ministry of Labour, interviewing girls for war work. She later became deputy manager of Jones Bros in the Holloway Road.

During the war, Yvonne lived in Belsize Park in a basement flat, where Pamela and her brother Peter stayed during the holidays, including during bombing raids. A large tortoise shell, which had probably belonged to Otto from his travels, hung on a hook in the hall. One day Yvonne’s cousin, Marcelle (a Red Cross nurse) alerted by a siren, ran down the road with this over her head – a fragile protection against broken and flying glass! Peter was subsequently in the Royal Navy and Pamela in the ATS [the women’s branch of the British Army during WWI

Yvonne’s second husband was Edmund, (Ted) Waterton, great grandson of Charles Waterton, the famous and eccentric naturalist. Ted and Yvonne’s London home was on the corner of Abbey Road, St John’s Wood. After his death, in 1948, Yvonne moved to Adelaide Court, Hill Road.

In the early 1950s, Peter helped his mother set up in business in St John’s Wood High Street. With her artistic training and natural flair, she had a good eye for antiques, and became quite an expert, respected by others in the trade. She was friendly with Mrs Ramsay who ran the gift shop at the end of the High Street, and was greatly helped by her husband, Leonard Ramsay (editor of the antiques magazine Connoisseur) who taught her a lot about antiques.

Yvonne regularly attended the London auction houses and also found her stock at country sales. She specialised in old porcelain, china figures and small silver pieces, glass, including decanters, small furniture and bric-a-brac. She loved oil paintings, (as an artist she had a very good eye for paintings). She also undertook repairs and restorations through her friend, Pegeen, of the china repair shop in Charles Lane, off the High Street. She collected and sold keys and walking sticks and odd teapot and coffee pot lids – customers might find replacements to match their broken tops. Pamela also remembers a really hideous yellow china dog which was in the shop for ages as a doorstopper! Eventually someone bought it.

The goods were displayed in old cabinets in the front part of the shop and on a little wooden stand in the window, overflowing into a back room and corridor, full of boxes, and leading into the toilet which had a Thomas Crapper loo!

With a desk and screen across part of the front room, Yvonne could entertain her friends using beautiful cups and plates from broken sets. Many customers and local trades people became her friends, everyone loved her for her enormous charm and sympathetic ear.

Pamela has many memories of St John’s Wood High Street which, at the time, was full of useful shops and services, no longer there. Like the rest of the traders at the time, Yvonne closed early on Thursdays for which she was teased by Pamela and Peter.

Sadly Yvonne began to go blind, and despite marvellous help from close friends who took her buying and became her eyes, she had to sell the lease and clear the stock in 1982. She was particularly helped by two lovely Scottish ladies, Agnes Craig and Anna Paterson, and Maud who drove her about when she was no longer able to walk to the shop from her flat. Yvonne eventually moved to a home in Friern Barnet where she was wonderfully cared for, and died there in 1995 when she was nearly 100.

Pamela would like to hear from anyone who remembers her mother Yvonne or Waterbyrn Antiques at number 11.