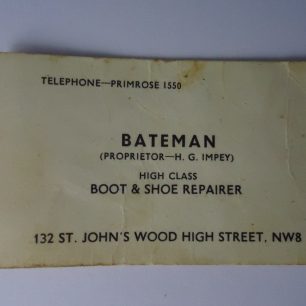 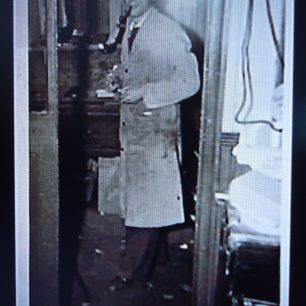 George Impey Snr in back shop circa 1950's 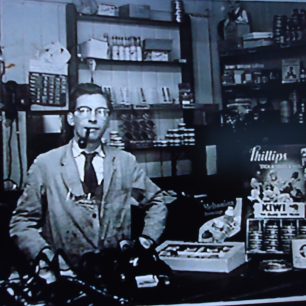 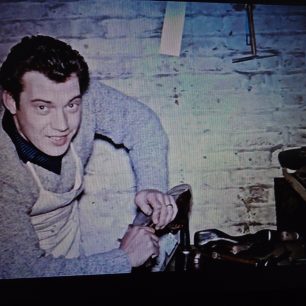 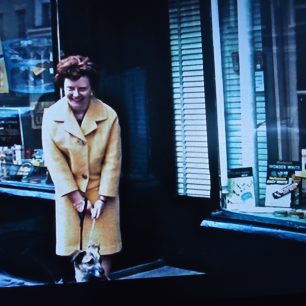 A customer outside shop with Trixie the dog

Henry George Impey was my uncle. He never used the name Henry and was always known as George. Due to an accident in his youth he had limited use of his arms, and upon leaving school it was suggested he tried shoe repairing as a profession.

He came to work at Bateman’s in the early 1930’s, and was given the opportunity in 1938 to take over the business from the previous owner but always retained the name Bateman.  With the shop came living accommodation, so he moved his wife, Nell, and young son Georgie from their home in Kensal Rise, to 132 St John’s Wood High Street where they would remain for the next 40 years.

At the outbreak of war he decided to move his widowed mother and younger sister Doris (my mother) into the home because where they lived in Kensal Rise was being heavily bombed due to the railway yards in the area. In 1942, another son, David, was born followed a few years later by a daughter, Jennifer. Both David and Georgie became shoe repairers and worked for their Father, with Nell serving in the shop. This really was a family business.

The shop itself did not change apart from the odd lick of paint every few years. There was a chair in the corner where people could sit and have a natter, and a figure of a blind boy with a collecting box just outside the door, which was never chained up, and never stolen. Small repairs were done in the back shop, large repairs in the workshop in Charles Lane. Local bobbies could often be found there, usually at teatime. The shop finally closed in the late seventies when the lease expired and the building was demolished. It is now the site of a shop called Leonidas. Sadly my Uncle George and Aunt Nell are now dead and so are my cousins Georgie and David. I miss them and I miss the happy years at 132, St Johns Wood High Street.