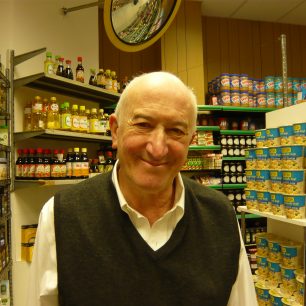 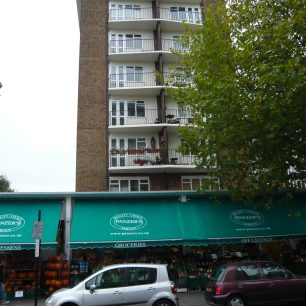 Panzers with flats behind
Louise Brodie 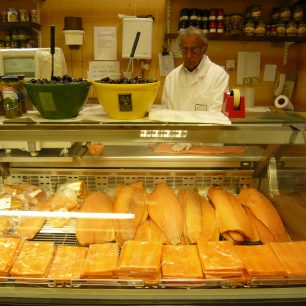 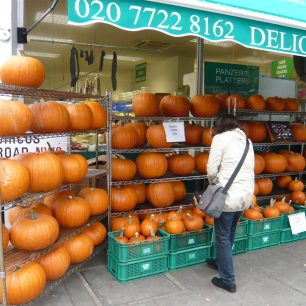 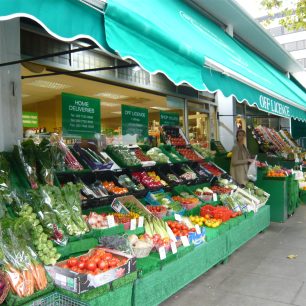 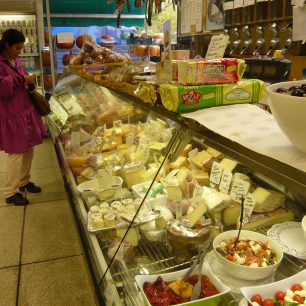 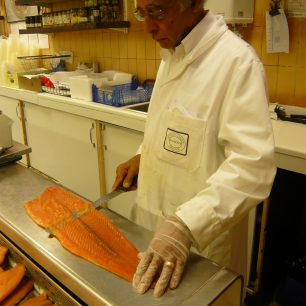 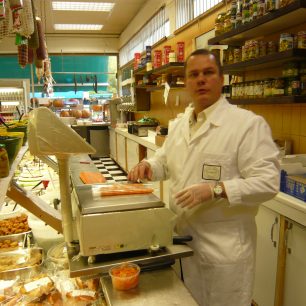 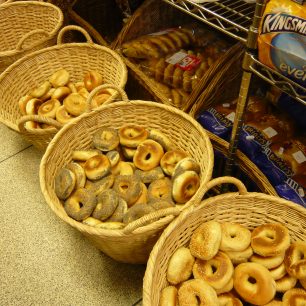 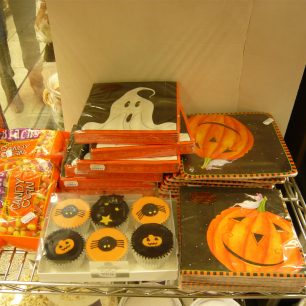 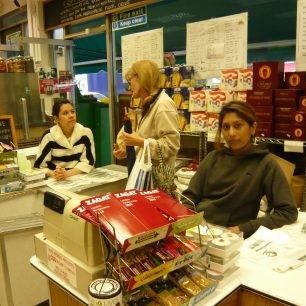 The check out
Louise Brodie 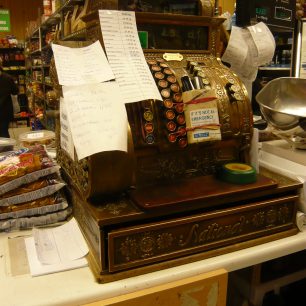 The old till
Louise Brodie

Mr Panzer lived in Kingsmill Terrace, NW8 and when he saw the four shops, with flats behind them, being built in Circus Road, he saw a good opportunity. He already had a shop, a delicatessen, in Notting Hill Gate, which was a very cosmopolitan area. Peter Vogl’s father, Walter, had a shop in Cricklewood, a big Jewish neighbourhood. Walter was a refugee from Czechoslovakia. The two men got together to take the first leases on the two middle shops in the mid 1950s. At that time there was a chocolate shop on one side and an off licence on the other. Later there was an Indian restaurant, then a greengrocer. Then they took all four shops.

Whilst Peter was still at school, he used to help in the Cricklewood shop or the St John’s Wood shop on Saturdays. All the shops were run jointly.  He joined the business full time in the mid 1960’s when he was 22. From the beginning Peter liked dealing with the customers.

When they opened there was controversy over the name, Panzers, which at the time recalled the tanks used in the war. They also stocked a lot of German goods, sausages and other continental foods, which worried some customers. Schmidts in Charlotte Street was the first such deli. There is none of this concern today. The clientele has changed, there are very few European refugees left now. There were always Americans in St John’s Wood. They were oil men at first, who saw it as a desirable neighbourhood in which to live. Now they are generally in finance. Obviously kosher food has sold well throughout. Panzers now stocks middle eastern foods, such as rosewater, for the Arabs, but also for the general public who like to try cooking this food in their kitchens. They stock biltong for the South Africans, and also stock a lot of Japanese food such as tofu and miso soup. Peter remembers when a close friend imported the first Ski yoghurts from Switzerland. Now they are ubiquitous. They also provide for the many South Africans in the area.

Customers ask for special lines and Peter goes with the flow. He has always wanted to adapt. They sell a lot of fresh food now, and the sale of tinned goods has declined. They get asked for a lot of organic and wheat free products too.  The Greengrocers hop  on the premises is now a concession. The two men who run it, work very hard and know what they are doing.  It requires visits to the wholesale markets at 2 am which doesn’t suit Peter!

Peter’s main commodity, and his pride, is smoked salmon. It is a very skilled and specialised job to be able to cut the salmon properly. Alex, who worked for Peter for a very long time, retired two years ago, and trained Stephan, who comes from Normandy.  Azziz, who comes from Kenya, and David and Bernie can also cut. But where will the next generation of cutters come from? The smoked salmon you buy in the supermarkets is cut by machine. All the old smokeries  started in a small way in the East End of London. They have mostly gone out of business or moved out of London. H Forman & Son, smoked salmon suppliers, are pioneers and have been adventurous, moving into new premises near the Olympic Park. Peter uses them and three other suppliers too. Slicing the smoked salmon by hand shows quality.

Another major line for Panzers, more East End Jewish food. They come in fresh every day, and Peter sells 6000 a week. (While I was there he received an emergency call for 80 bagels to be delivered immediately to the American school!) They prepare ready made bagels and sandwiches which can be taken from the fridge, or of course to order. Snacks are a huge increasing trend, for instance lunches bought and taken to the church gardens or to RegentsPark to be consumed.

Peter has a staff of about 20 and they tend to stay with Panzers for a long time. The shop is open from 7.30 till 7pm every weekday, till 6pm on Saturdays and 2 pm on Sundays, so the staff have shifts.

Hampers and gifts are prepared for religious holidays, and American Thanksgiving is one of their busiest times. The shop is decorated appropriately. They also do a lot of catering and prepare cold platters of canapés or bigger dishes for buffets. They have always had a big home delivery service.

These  arisen when there is a campaign, for instance not to buy German goods, not to buy South African goods during the apartheid years, or to boycott Israeli goods. The Tesco people come in to see what is new in Peter’s shop, and then do it cheaper over the road. The suppliers get seduced by the greater volume which Tesco can sell. Pilfering is endemic. Panzer’s landlord is Westminster Council and the rents are high in inner cities. Food standards must be good and are monitored.

High Streets are changing and the independent shops are closing down, which is a tragedy. St John’s Wood deserves a good food store. But shopping is often done in  a different way now, the car is taken to the supermarket, probably parked free with proof of purchase, and the family stocked up for the week. Supermarkets also do home deliveries.

Peter hopes that Panzers will continue. His son is not interested in taking over and works in the city. For Peter’s job you need a talent for detail, for the myriad of small instant decisions which have to be taken every day. You must act on problems immediately, and must be very hands on. Peter is trying to improve all the time. You must have a rapport with the public and Peter still loves dealing with the customers.

At the end of 2016, Peter told me that Panzers had been sold a while ago to David Josephs, who is a good business man though he had no previous retail experience. Ilana and Michelle are capable people running the shop day to day. They have introduced new specialist products such as gluten free items. Improvements are being made and there is general modernisation which will continue in the future. Peter is trying slowly to retire which he sometimes finds frustrating. But Panzers will not disappear.