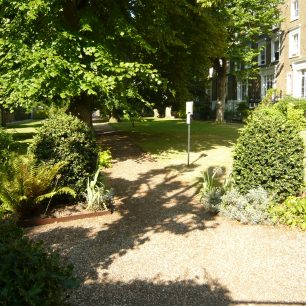 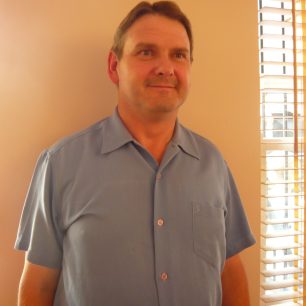 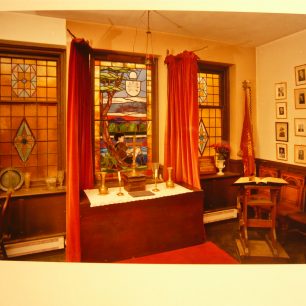 ‘My grandfather originally lived in the area of Maida Vale, which was open fields and farmlands then. He remembers open fields literally a walk away from where we are now. He got married and started his cobblers business off in 12 Alma Square below the house. It later became a post office. He remembers when the road was open. There’s a brick wall there now. It used to go into the Close, it was the coaching area where the coaches used to go’

‘There were large families living in the houses. It was a nicer, quieter time I suppose you could say in those days. In my day too, the local policeman used to come round on foot. If you were riding your bike on the pavement he would give you a clip round the ear’

‘The business consisted of mending shoes and in those days people had their shoes mended. Good shoes were quite expensive. We had lots of army people come in from the Barracks in St John;s Wood, that was one of the mainstays of the business. If you are an officer you buy your boots yourself and repair them yourself and pay for it. They kept them pretty spick and span to say the least. Shoes are pretty much a throw away item today. Cobblers are few and far between’

On Mondays he would go to houses in Hamilton Terrace and Abercorn Place. His other brothers would cover Maida Vale and Abbey Road. Jim had a big sack to collect shoes for repairing. He liked the responsibility, and the cooks in the big houses would give him breakfasts. One day Lord and Lady Ash took pity on the boy with his heavy load and sent him home in the chauffeur driven Rolls Royce. Jim got a thorough telling off for allowing this. Jim’s wages were a shilling a week, and on any shoes that he had collected he would get two shillings commission for every pound the firm earned.

Cliff would play in the streets around his home. There were 40 or 50 other children growing up in the neighbourhood. Anything that happened was a social event. There were two pubs. Even as a child he was welcomed into the Heroes of Alma, which was run by two old ladies. A lot of celebrities would use the pub, from the EMI  and the BBC studios. The Abbey Tavern  had a prominent Irish clientele. The children played marbles, shove halfpenny and skittles outside. There was always an Easter bonnet parade and Morris men came to dance there. They had a key to Alma Square gardens where they played football among the old hillocks of the air raid shelters. Between Violet Hill Park and the last house in Abbey Road there was a mews, where they set up camp, or they sometimes played in the derelict houses and garages which were still around.

Cliff and all his friends joined the Scouts. They met in the Mansergh-Woodhall building, which was massive and always cold. In fact it had been used as a morgue during the war and still had a trench in the concrete floor. There was always a link with St Mark’s church in Hamilton Terrace, where the Scouts held parades. They had a big bonfire there on Guy Fawkes night. The Mansergh-Woodhall  has been completely rebuilt, with flats above, and since 1994 houses very active Cubs and Scouts groups run by Cliff.

Cliff’s father and uncle closed the shoe business in 1990.  His grandfather also died in this year.  The other independent shops in Nugent Terrace, which were a focal point in the Village when Cliff was a child, closed too. The social mix has changed with foreigners buying property which is now very expensive. “It is just different, you can’t stop these sorts of changes”.