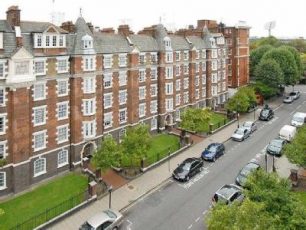 Scott Ellis Gardens is a large group of flats off Grove End Road on either side of Warwick Place. It is named after Thomas Scott Ellis, 8th Baron Howard de Walden who lived from 1880 to 1946. He was an English peer,  a big landowner, writer and patron of the arts. He also wrote several plays under the pseudonym of T E Ellis.

After succeeding to his family titles in 1899 he inherited further estates in 1901, including property in Marylebone and earned the title of ‘Britain’s wealthiest bachelor’.