You are here: Home>Arts>Architecture and Architects>Louis de Soissons CVO RIBA 1890-1962 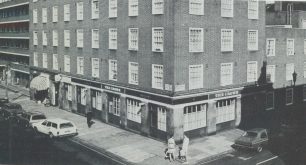 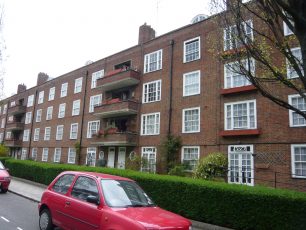 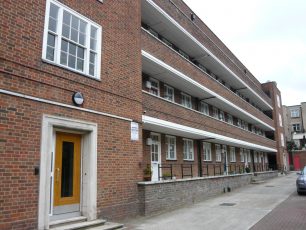 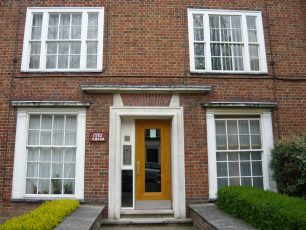 Louis de Soissons’ was born in Canada in 1890 and came to England in 1897 with his supposedly French Count father (who was  actually Polish)and Polish mother.  He was articled to architect J H Eastwood and went to evening classes at the Royal Academy.  A brilliant student , he won the RIBA Tite prize in 1912 and was a student at the British School in Rome. After serving in the Army in the First World War he was appointed by Ebenezer Howard to plan Welwyn Garden City (including the concrete Shredded Wheat factory) and within 6 weeks in 1920 he produced the master plan for a town built  in neo-Georgian style rather than the more usual Arts and Crafts Style popular at the time.  He was a master of street planning and used varieties of cul-de-sacs in his plans.  Another project was the private slum clearance carried out by the Duchy of Cornwall estates in London.

de Soissons was commissioned to build Henry House, in Allitsen Road, for the St Marylebone Housing Association, in 1940.  Its pleasing design and internal layout encouraged St Marylebone Borough Council to employ the same architect to develop the area nearby, which  had been laid waste by bomb damage.

Louis de Soissons then carried out the Cochrane Street redevelopment for the St Marylebone Housing Association between 1945 –1950.The Cochrane Street redevelopment enhances a narrow London street by careful planning and layout of blocks on a restricted site. A dominant feature of the design has been in the sighting of the blocks to give a  varied and pleasing frontage on the street.  It consists of 64 flats in four blocks, for 224 people.  A fifth block will be added later. (Building, September 1951)

The open archways which originally led to the rear courtyard where access could be gained to the flats had to be replaced by doors as unfortunately the balconies and gardens at the back were used by drug addicts in the 1990s.

Other work in the area:

Royal College of Obstetricians in Regents Park and the restoration of Chester and Cumberland Terrace.