You are here: Home>Arts>Architecture and Architects>Lord's Court - the building that never was

Lord's Court - the building that never was 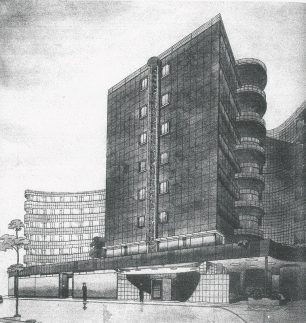 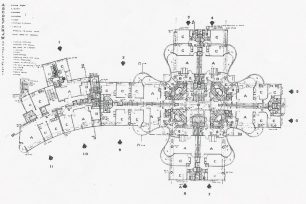 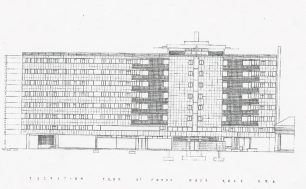 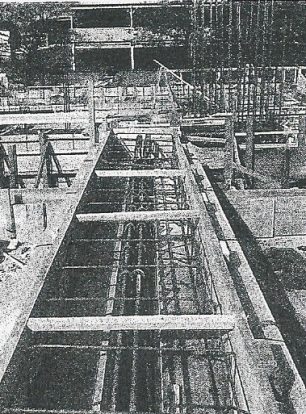 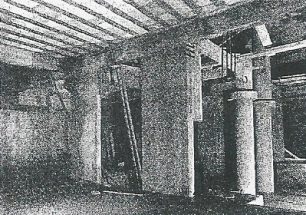 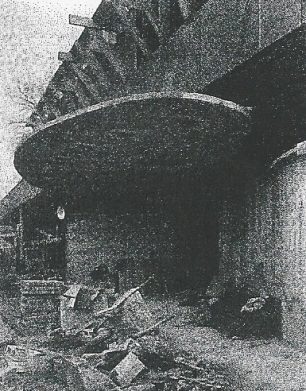 St John’s Wood had become a prime area for luxury flat developments in the mid 1930s and many of the local working class population were being driven from the area – their houses were destroyed to make room for flats like Viceroy Court and Oslo Court, and often the residents  were not offered affordable alternative accommodation.  But when In 1935 architects Connell Ward Lucas  were commissioned to design a block of flats in St John’s Wood Road,  where a Mr F S Bennett  planned to build a nine storey block of flats, it was three large houses with gardens ( 32, 34 and 36 St Johns Wood Road) that would be destroyed, plus another one he bought in 1936, when the size of the block was extended.  The major attraction  would be a view of the cricket at Lord’s, as it was opposite the grandstand.

Connell Ward Lucas designed  a cruciform plan, probably inspired by Highpoint flats in Highgate (Tecton and Lubetkin),where the four limbs of the plan contain two flats back to back. Each floor had eight two and three bedroomed flats, all accessed from the central circulation zone. Each flat had a large amount of built in furniture, with a spine wall of cupboards. Kitchens and main service ducts were clustered around the access area ,and bedrooms were pushed beyond living areas with bathrooms at the extremity.  Servants would have arrived invisibly up one of four hidden staircases arranged a round the hall at the centre of the plan, accessible from the kitchens.

Extensive roof gardens were provided on the first floor  and the curved balconies to the bedrooms and living areas were a distinctive feature and could be used as “sunbathing verandahs”, which were often a feature of 1930s buildings.

The construction was to be of reinforced concrete which Connell Ward and Lucas had been working with for six years. A grid of columns radiating from the centre of the plan supported the concrete floor slabs. Walls were woven round the grid and at the outer reaches of the crosses the columns came close to the slab edges sitting just behind the windows and restricting views.

The whole building was clad with special precast glass aggregate slabs in colours applied in a grid of square panels and cast curved to follow the streamlines of curved balconies, and a vertical sculpture panel rose up in the centre of the front facade.

Construction began in 1936 and continued until at least the winter of 1937 but the construction industry was affected by local shortages of labour and increased wage costs, because there was an increase in war-related construction work.  Civil building continued until  October 1940 when it had to be licensed under defence regulations and this called a halt to luxury buildings but it is probable that building work stopped on Lord’s Court because the developers became bankrupt. In 1959 permission was refused for the completion but in 1961 planning permission was granted for the completion of the first floor to be used as offices and the erection of three storeys above to contain 16 maisonettes. Thirty years later in December 1997 an application was granted for demolition and redevelopment of the site for a block of flats.