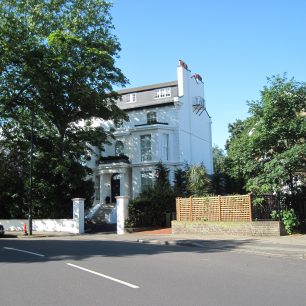 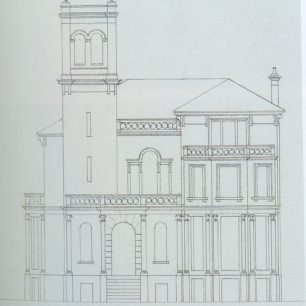 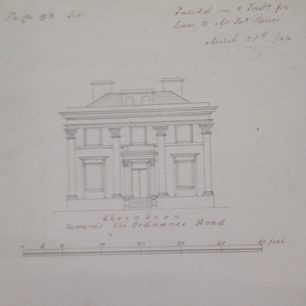 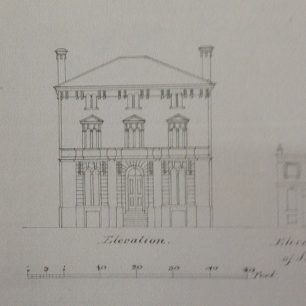 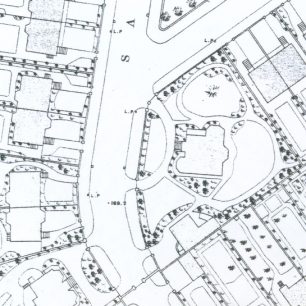 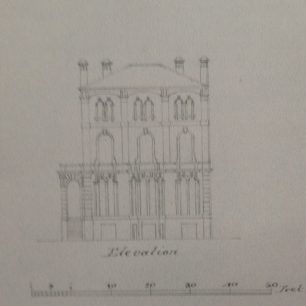 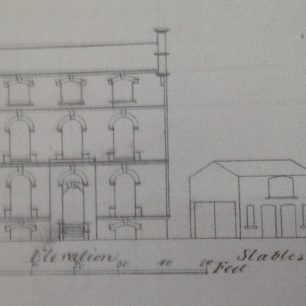 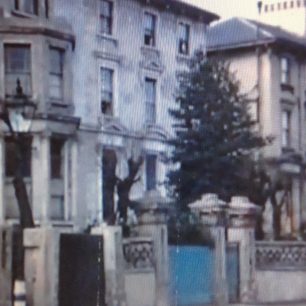 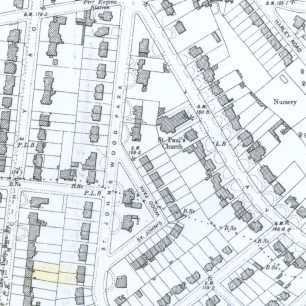 St John’s Wood Park, which extends north from Ordnance Hill, owes its name and style of housing to William Holme Twentyman (1802 – 1884) who was born in Liverpool but went to Cape Town with his silversmith brother, in 1818, and then opened a business in Mauritius. He amassed a fortune and returned to London planning to develop a portion of the Eyre estate which would consist solely of sumptuous villas, different from the cottage style houses prevalent in St John’s Wood, and he managed to achieve this without going bankrupt. [1]  As Beatrice Curtis Brown wrote in Southwards from Swiss Cottage –Every house castellated or domed, with absurd delightful porticos or arches, with trees set about it and nooks in the garden. Large houses stood mysteriously in dark shaded grounds, little houses looked gaily out from behind laburnums. It was frivolous and sunlit.

Architect John Shaw Jnr ‘s brainwave, in 1844,  resulted in the layout of St Johns Wood Park , the triangular plot maximising the number of houses  which could be built, as well as providing an initial open space for the residents.  Originally, the road was to be called St John’s Wood Park Road, as Walpole Eyre objected to not calling a road a road [2] , but the use of the word ‘Park’ for a road was soon replicated all over the country.

Acquiring leases in 1839, Twentyman started by building Regents Villas, detached houses lining the east side of the Turnpike branch road (Avenue Road), and then built St John’s Wood Park. Thomas Hood, the poet watched the earliest houses being built from his bedroom window at number 28 Finchley Road in the early 1840s. It was always something special – Our own “Park” had high triumphal arches striding from pavement to pavement at its entrance.

Twentyman moved from  Avenue Road to  6 St Johns Wood Park. and stayed there until 1855 when he moved to the Manor House. This was  47, opposite the only house  which  has survived until the twenty first century, number 25.Although Twentyman had many quarrels with Walpole Eyre, Walpole had great confidence in his ability to provide houses which would appeal to wealthy tenants.

And wealthy they generally were! One of the pointers to wealth then was the ability to afford men servants, for  which an income of over £1000 p.a was a necessity, as men servants made extravagant demands in wages and conditions. For example, from census evidence, no-one in Clifton Hill over a period of fifty years between 1861 and 1911 had a manservant, whereas in 1861 in St John’s Wood Park there were five houses that employed them, in 1891 eight.  Houses with three female servants in Clifton Hill never numbered more than 5 out of 60 houses, but generally about a third of the houses had 3 or more in St John’s Wood Park.  Some of the houses had stables, a rare feature in St  John’s Wood, which boasted a good public transport system of trains and buses that made one’s own carriage a luxury, not a necessity. [3]

The road was  once graced with ornamental gates across the road and pavements at the Swiss Cottage end, and was lined with elegant three storey basement houses down as far as Queens Grove – then Queens Road. On the east side was the Crescent, a semi circle of the same type of houses but set back and shaded by the gardens of the three houses in the Park itself. I well remember the mounting stones on the kerbs, the cobble and tarred wood blocks on the road surfaces, the beautiful trees in the front gardens overhanging the pavements as far out as the road itself. [4]

To emphasis the private character of the road arches had been erected across the pavement and a watchman posted, complete with brazier. The arches were brick built, plastered, painted cream with architraves and flat tops painted a terracotta colour with the name of the street incised. Iron railings curved from inner piers and at the south end of the road were stuccoed piers.

The open space did not remain for long. By 1860s it was being developed and two of the most glamorous houses, Ravensworth and Holmfield, were built there

As Patricia Champness wrote in the 1950s, looking back to her childhood, from the North most houses were semi-detached, interspersed with some free -standing houses on corner sites. The far end on the curve they called Round the Bend. These semi-detached houses formed 2 sides of a triangle on the east, one side being the island with 2 houses, one red and one white, slate roofed, dissimilar, untowered.  Detached properties on the east side were by different architects, and three of the five houses between the bend and the arches had towers,  one like Hawksmoor [perhaps], one Renaissance, the third Osborne Italianate. Palings unified the whole street – they were solid below with large circles above surrounded by curly wiggles – painted white, cream or, on one occasion, red. Behind grew hedges of privet, laurel etc, but there were no trees on the pavement. [5]

[3] EE2650/1/35A Alterations to stables at Ravensworth now lived in by Major General Carter May 1899 – license granted for additional stable accommodation.