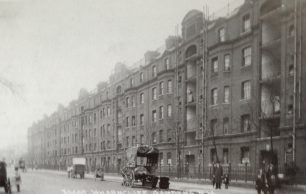 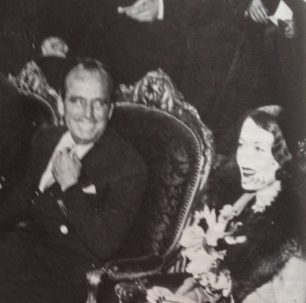 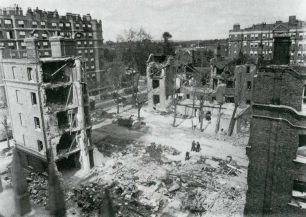 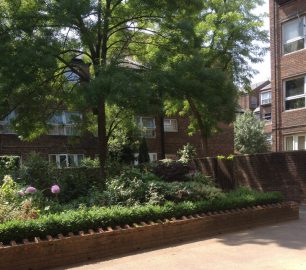 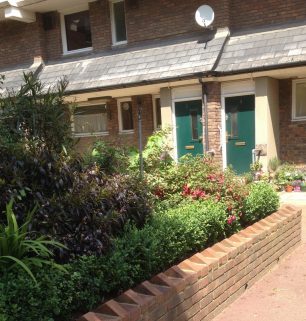 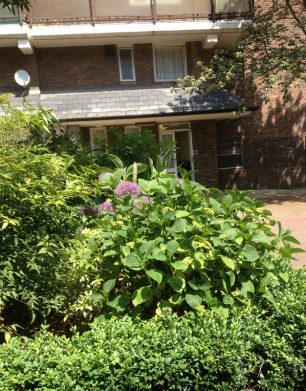 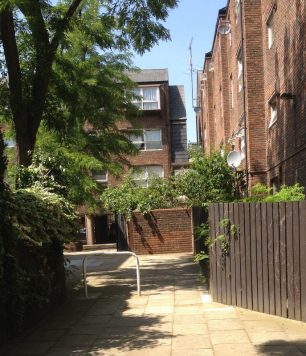 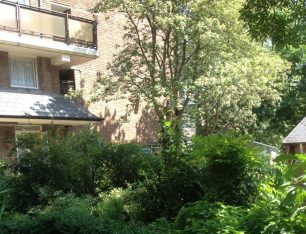 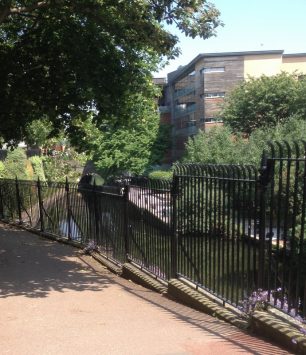 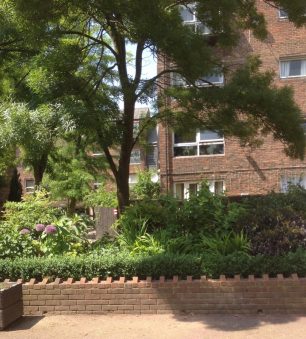 The original Wharncliffe Gardens  was built in the late 19th century on the site of Edwin Landseer’s house and garden, by the  Great Central Railway  – chairman, Earl of Wharncliffe – to house the workers whose homes had been demolished when the line arrived at Marylebone station.  There were 6 five-storey blocks of flats facing north/south, with the 2 eastern blocks  smaller than the others in order to leave room for the  existing School of Industry  for Female Orphans. Each flat was designed so sunlight entered at some part of the day. The frontage of  the flats were paved, with clipped hedges  and huge carriage entrances in the middle of each block for horse drawn vehicles to enter. A typical flat would have three bedrooms, a sitting room with an open fire, a kitchen and an inside lavatory, which was an innovation for “model dwellings”.  Laundry could be  hung out to dry at the top of the buildings, and  milk  and coal were delivered.  The residents were  mainly in regular work with good wages and Charles Booth said it was the only model dwelling “in London in which I conceive life as bearable.”

A famous resident in the 1920s

Sylvia Hawkes, a lingerie model, Cochran dancer and actress,  and one of the loveliest  girls in London, was the daughter of Arthur Hawkes,  a livery stable employee who lived on the estate. On 2 February 1927, she married Lord Ashley, son and heir of the 9th Earl of Shaftesbury, much to the horror of his parents and the excitement of the Press. A few years later, she left him, having met film star Douglas Fairbanks Snr, then married to film star Mary Pickford.  In 1934, Lord Ashley sued for divorce, citing Fairbanks. Eventually Fairbanks and Pickford divorced, and Sylvia married Fairbanks in 1936. Fairbanks died at the beginning of the Second World War and left Sylvia the bulk of his estate. In 1941, she established a charity in Los Angeles to help refugees in the war. Her marriage to Edward, 6th Baron Stanley of Alderley, ended in divorce and then in 1949 she wed the film star Clark Gable.  This  marriage did not last long and finally she married Prince Dmitri Djordjadzo, and died in 1977.

Sylvia’s father, Arthur Hawkes still lived in Wharncliffe Gardens after the War, tired and sick and with a small pension; he had latterly been a porter in a block of flats and doorman at a restaurant.

33 people were killed, 38 were seriously wounded and 107 had minor injuries after the flying bomb cut out above the estate  on 21 August 1944.   It landed at 8.18 p.m.and by 8.45p.m. six heavy rescue parties, three light rescue units and ambulances had arrived. By nine o’clock, the first of 3 cranes, 12 skips and 17 tipping lorries had arrived plus listening apparatus and the last body was recovered at 8a.m. on 23 August. The WVS ran an enquiry bureau and provided facilities for workers and residents. Fifty flats were demolished and others were made uninhabitable.

Miss Madge Hunt, who lived on the ground floor with her mother and sister, left an account of her experiences:

My mother, sister and myself had not long had our dinner.  We were all sitting in the sitting room in the ground floor flat – at about 8 o’clock our flats had a direct hit from a flying bomb.  I ran to the side of the fireplace and my sister followed me when we heard the terrible screech of the bomb. The next thing I knew, I was pinned from my shoulders to my right arm across my chest, my left arm was free and I could just move that and was able to put it out at the side a little way.  It seemed a very long time and difficult for me to make a noise, as my mouth seemed full of debris, anyhow I made as much noise as I could and was greatly relieved when I felt somebody get hold of my hand.  He said he would come back.  After some time I could feel that the wall at the back of me was being loosened and I was able to move the top part of my body.  I was gradually dug out with the men taking turns to release me.  There was a doctor giving me attention, we were all in a very small space.  I had a drink through a tube and was given injections in my arm but was conscious all the time.  Finally I was hauled up by ropes, put in an ambulance and taken to Middlesex Hospital.

Her mother and sister were killed. Madge was in hospital until 21 December, but had to have her left foot amputated a year later and remained crippled for the rest of  her life. All the victims were buried at St Marylebone Cemetery, East Finchley, in a mass grave and a monument with all the names marks the grave. (WW2 Peoples War article A3489366)

All the flats had to be demolished after the War, and a new council estate was built in the late 1970s, with 4 storey blocks as a reaction to the, by then, unpopular tower blocks. There are 280 homes, 70 of which are suitable for the elderly. Those on the ground floor have their own front doors and there are small enclosures with some gardens and car parking. The estate was designed by GMW Partnership and the bricks are an unusual colour for London as there was a brick shortage nationally at the time and bricks had to be brought in from wherever was available.