You are here: Home>Memories>World War 1 and World War 2>Requisitioned houses in wartime 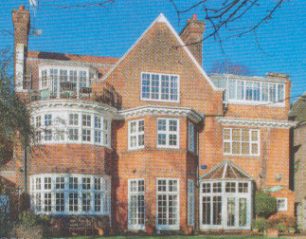 A house in Elsworthy Road, built between 1902- 1904 by William Willett is an example of what could happen to a family home in wartime. When Colonel Hemming bought it from the original owners in 1936, he employed Raymond McGrath as architect to modernise the house, and Doris Robertson, interior designer to the Savoy Hotel,  to decorate it in Art Deco style.

When the war came the house was requisitioned by the Government and used to house the officers of the anti-aircraft battery on Primrose Hill and a dugout in the garden gave access to Primrose Hill. Later it became the HQ for a US Air Force General until the D-Day invasion.

For the first year after the War it was used to house Irish labourers brought over to demolish bomb-damaged buildings until it was handed back to the Hemming family in 1946. It was divided up, with a flat being made on the top floor where the nurseries and staff quarters had been. Now it has been restored to a single house.

Do you know of any more houses that were requisitioned during the War?