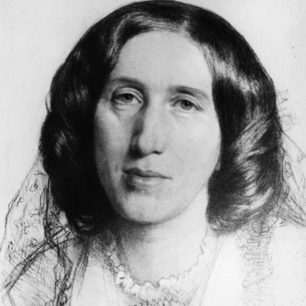 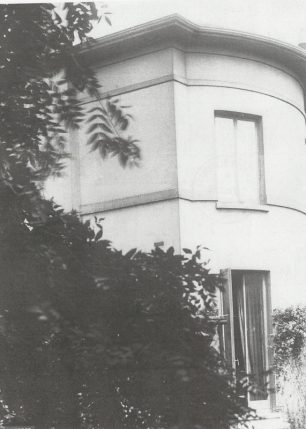 The famous nineteenth century writer was a journalist, translator, poet and novelist and one of the leading writers of the Victorian era. She was the author of seven novels, published under the pseudonym of George Eliot as she believed that at that time women novelists were not considered to be serious writers. She chose George because of her relationship with G H Lewes and Eliot because it was, she said, a “good, mouth-filling” word.

Mary Ann (commonly known as Marian) was born in Warwickshire. Her father was an estate manager and she had an elder brother. Much of The Mill on the Floss, her second novel, is based on her family background. At the age of thirty five she met George Henry Lewes with whom she lived, unmarried, for twenty four years; he was married but unable to get a divorce as he had condoned his wife’s infidelity. Two years after they met, she allowed herself to be persuaded that she might be capable of writing fiction. The first novel –Adam Bede appeared in 1859, followed by The Mill on the Floss (1860)and  Silas Marner (1861), and their success enabled the couple to move to St John’s Wood in 1863 where they took a house called ‘The Priory’, at 21 North Bank which had been built in 1822.  There she wrote Romola (1863), Felix Holt (1866), and Middlemarch (1871-2), which  has been widely considered the greatest novel in the English language,   and Daniel Deronda (1876). Although she often held salons at the Priory, where people like Henry James were frequent visitors,  George Eliot’s  social position was dubious in some ways, and when people in Society like a certain Lady Cork heard where she lived, she said Where else could she go?

G H Lewes died in 1878, when the area round North Bank was becoming plagued by prostitution, a barrister J F Stanford complaining to the Eyres that the forfeiture clauses on the leases should extend to brothel keepers, and George Eliot moved away in 1880. The whole southern area of the Eyre estate was soon destroyed; Alpha Road cottages by the construction of the railway going into Marylebone and North Bank by the Central Electric Supply Company.