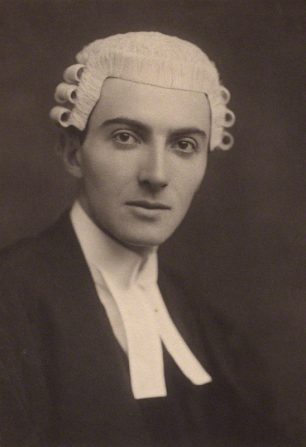 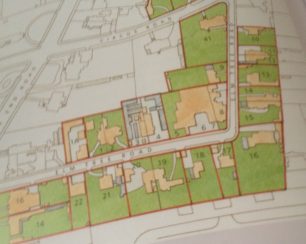 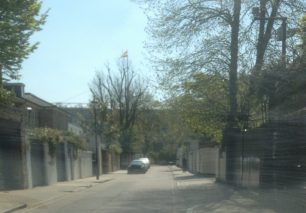 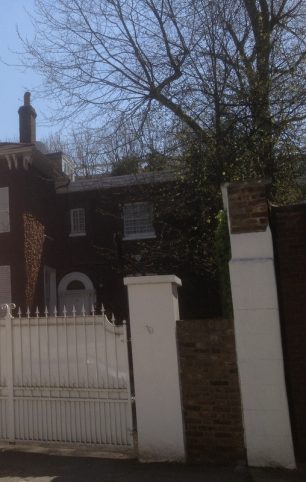 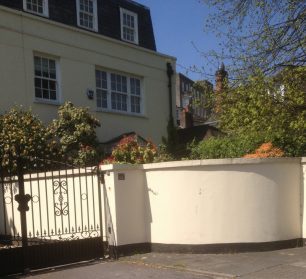 Dornford Yates was a barrister who began to publish stories in 1911 and after army service in the First World War became famous for his Ruritanian style adventure stories which featured “clubland heroes” Jonah Mansel and Richard Chandos and for the amusing “Berry” books about the Pleydell family.

At first he lived with his parents but after his mother died he thought of marriage; among his neighbours were Oscar Asche and his actress wife Lily Brayton. Asche was the writer and director of the record breaking Chu Chin Chow, and Yates married in 1919 Bettine Edwards, an American actress in the show; their son Richard was born at Elm Tree Road in 1920.

In his 1922 dedication of Jonah & Co before moving to France he wrote :Better men than I will sit in this study and pace the lawn in the garden with the high walls. The lilies and laburnums and all the gay fellowship of flowers will find a new waterman.  The thrushes and blackbirds and wood pigeons will find a new victualler. The private forecourt, so richly hung with creeper, will give back my footfalls no more. Nine years ago there was a farm upon the opposite side of the road—going out of my door of a morning I used to meet ducks and geese that were taking the air. And horses came home at even, and cows lowed.  Now the farm is gone, and a garage has taken its room.

A visitor from Australia later tried to find no 22, not knowing the number had changed, and was disappointed with it; but when I reached No. 6-ah, there was complete satisfaction of fitness at the first glance! A picturesque, two-storied little grey house, with green shutters, and some happy kinks and corners, peeped up from behind a brick wall, into which a green door was set. The garden behind the wall was as sweetly pretty as an English garden can be, with a pleasant pattern of paths and flower-beds, and colours blending as softly, as harmoniously as the chiming of church bells heard across distant fields. Why should a romantically minded author ever have forsaken this grey house of poetic expression for the big white one at the end of the road? Then I discovered the figures 22 on one of the green doorposts, and the mystery was solved, and my conclusion certified as correct, a week later, in a letter from Yates.

“Yes, you are quite right. I lived at 22 Elm Tree-road for seven years, before some fool decided to renumber it. Then it became 6. It was a most charming residence, and the years I spent there were very happy. … I am sorry you could not see the house itself, and the fore- court and garden. They were, all three, very delightful .”