in the first fifty years 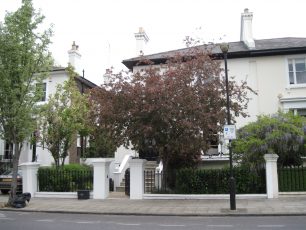 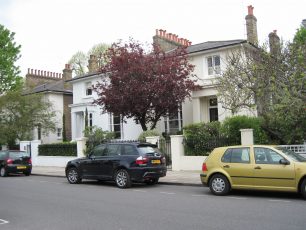 He was a clubman, journalist and dandy, frequenting Fleet St and the Savage club, and  Editor of Chums, the boys magazine, in its heyday. Between 1896 and 1906 he edited Cassell’s magazine.  He was a popular British novelist, mainly of adventure stories or thrillers, particulary the  Iron Pirate, a bestseller in the 1890s, which was the story of a gas driven iron-clad battleship which terrorized the Atlantic Ocean.  In 1920 he founded the London School of Journalism, wrote a biography of Alfred Harmsworth, 1st Viscount Northcliffe,  and was knighted.

lived at 44 Clifton Road East in 1871 [later no 18 Clifton Hill] when he was combining a job as a junior clerk at the War Office with a writing career. With him were his wife Isabel, a daughter aged 1  and a baby son, plus a nurse, a cook and a maid. He was an influential theatre critic for Daily Telegraph from 1871, starting the  fashion for essay style reviews written at the first night of a play,  and also wrote and translated French plays. He was a friend of W.S.Gilbert and brother-in-law of George du Maurier. As  a travel writer he  wrote Poppyland praising North Norfolk, though he was distressed when the area  became too popular. He  also wrote  the  Maori farewell song Now is the Hour.  He claimed to have played in the first ever game of tennis with the inventor of the game, Major Wingfield. The baby son in the census,  Philip,  joined the army in 1888, was at the Siege of Ladysmith in the Boer War, and retired as a Brigadier General.