2. Abbey Road to Addison House a quick walk round the Wood 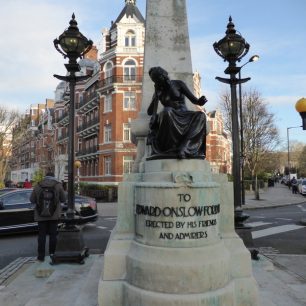 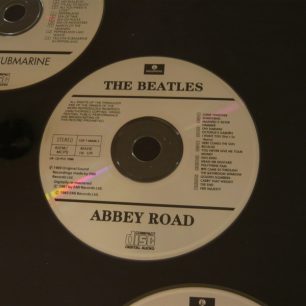 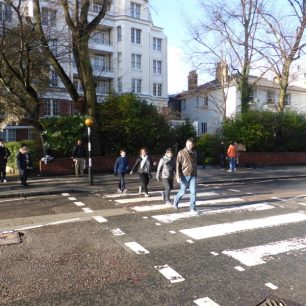 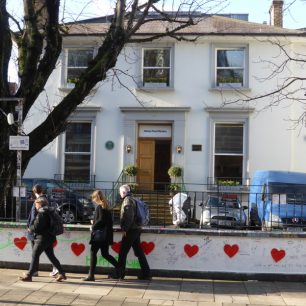 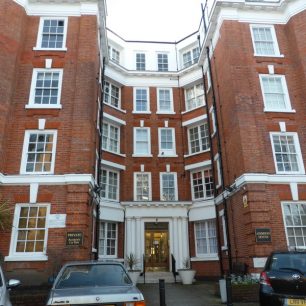 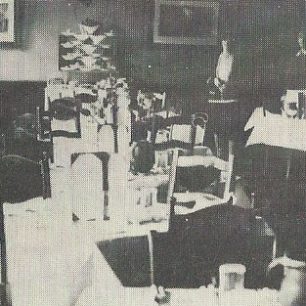 Walk to where Grove End Road converges with Abbey Road and you will find a  monument to the sculptor, Edward Onslow Ford  (1832-1901),

It was on the cover of their Abbey Road album, and the recording sessions for this album were the last in which all four Beatles participated.

Fans still flock there to graffiti the perimeter walls of the Studios  which were opened in 1931 in the third oldest surviving house on the Eyre estate.  Many famous musicians have recorded there, amongst them Sir Edward Elgar, Sir Thomas Beecham and Sir Cliff Richard,  Amy Winehouse and Elton John. In the Second World War the studios became an RAF selection centre for pilots training at Lord’s cricket ground.

Return to the junction and continue along Grove End Road, past  the traffic lights at Circus Road, and on your  left is

is on the left,   built in 1920 as flatlets for single  women in the caring professions which also provided them with cooked meals in a restaurant on site.  Abraham Davis, owner of Service Flats Ltd which built flats for well-off professionals,  had been inspired by his daughter, Ruth, to found the London Housing Society to help less prosperous working women. The flats are named after Christopher Addison, the first Minister of Health, who pioneered social housing. Men were not allowed to live in the flats until the 1950s,  except during World War 2 when RAF pilots were temporarily accommodated there whilst attending the RAF selection centre.