4. St John's Wood Church and Gardens a quick walk round the Wood 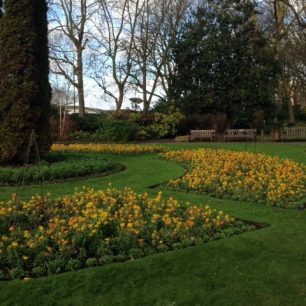 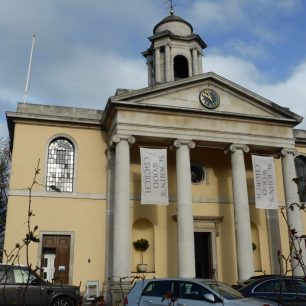 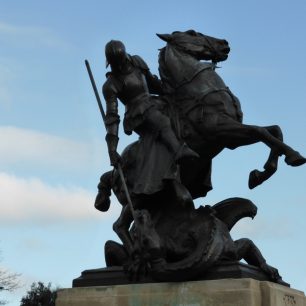 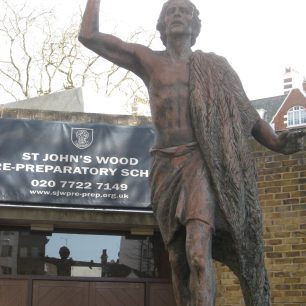 Cross Wellington Road, turn right, and then left into the entrance to the small park

This used to be the church burial ground and amongst many others buried here are John Sell Cotman (1782-1842) a famous water colour painter, primarily of English landscapes, Joanna Southcott  (1750-1814)  a religious fanatic who gathered a following and claimed that she was pregnant with the second Messiah, and Samuel Godley,  (1778-1832)  a private in the Life Guards and a hero at Waterloo.  Enjoy the gardens, which include a children’s playground and exercise equipment as well as seats and flower beds.

St George and the Dragon

The roof of Grove House, Sigismund Goetze’s home and studio, appear over the wall opposite on the south side of the roundabout.

This  was completed in 1814  by the architect, Thomas Hardwick , as a chapel of rest for the burial ground. It became a parish church in 1952, replacing St Stephen’s, Avenue Road, which was damaged  in the Second World War and later demolished.  The church is open in daylight hours and welcomes visitors to its peaceful atmosphere. The church has interesting funerary monuments on its interior walls showing connections with merchant and military families from around the world.