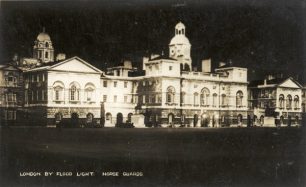 Compared to other museums in London, this one was surprisingly small; however the artefacts that it held were no less incredible.  Nicola Ayrton (Education Officer), who had worked there for many years, was very helpful in walking us through the museum, and pointing out pieces in their collection that were connected to the Battle of Waterloo. We looked at the various army uniforms that were used throughout the years, many medals of honour from soldiers who fought in battles like the one in Waterloo, and a cast of John Shaw’s skull! Afterwards we came up with a game plan for creating a guided scavenger hunt for school children who will visit this museum this summer. Personally, the most impressive part of the Household Calvary Museum was held within the second room of the museum: behind a large glazed partition you can see troopers working with horses in the original 18th century stables!