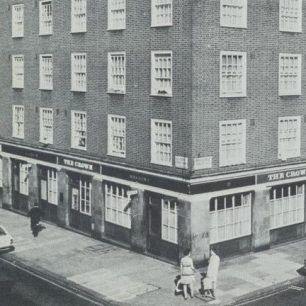 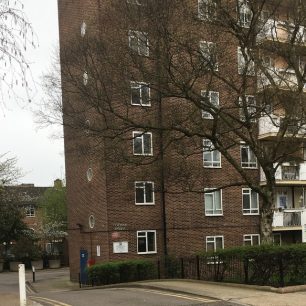 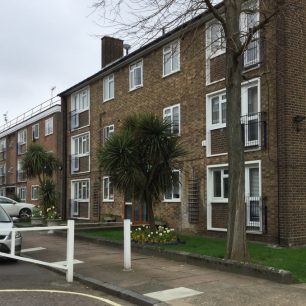 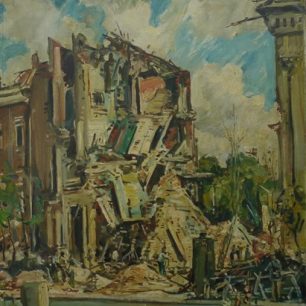 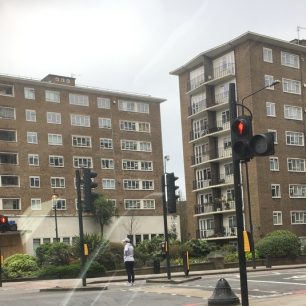 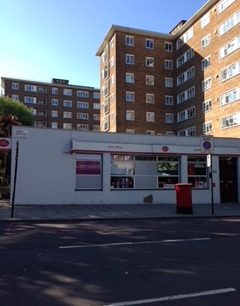 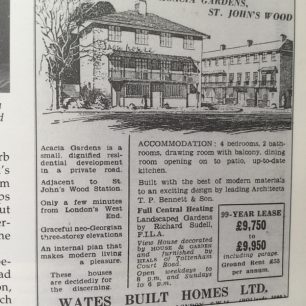 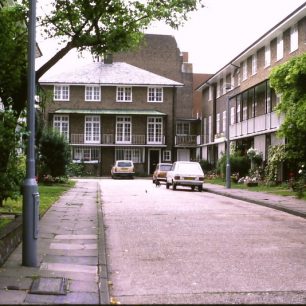 Walk up Avenue Road and turn into Allitsen Road, crossing Charlbert Street until you reach

This was architect Louis de Soissons first work in the area for the St Marylebone Housing Association, and its pleasing design and internal layout encouraged St Marylebone Borough Council to employ the same architect after the war to develop the area nearby which  had been laid waste by bomb damage. Walk a few yards back to Charlbert Street and walk north.

The old Townshend cottages among other homes were pulled down after the war and the area became the Townshend estate , which was largely built by the labour of German prisoners of war. (Many of these POWs remained in Britain for up to three years after the war ended, the majority working on farms, but some employed in building, such as the ones who built Olympic Way, the road to Wembley Stadium. By 1947 many rules of detention had been relaxed and they were allowed to go to pubs and dances and indeed many chose to stay in England when the rest finally went home in 1948.)

These were built by St Marylebone Borough Council on a site where Victorian houses were bombed in 1940 ; it was here that George Peerless, a church verger and air raid warden, became one of the first recipients of the George Medal when he rescued a family from a gas filled cellar about to explode.

Walk along until St Ann’s terrace is on your right

Further along towards the Finchley Road is an area which was badly damaged by a flying bomb in 1944,  and was rebuilt for St  Marylebone Borough Council, incorporating shops, bank and library and various blocks of flats designed by T P Bennett.

was designed by T P Bennett and built in 1959 on the site of the old United Dairies.  When the flying bomb struck in 1944 the manager’s wife at the dairies released the horses from the stables and they disappeared, only for them all to return at lunchtime as usual, having followed their daily routes round St Johns Wood, stopping at every house and then moving on despite having no milkman with them or cart behind them full of milk bottles.