You are here: Home>Plaques>Green and brown plaques 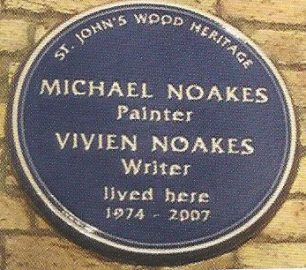 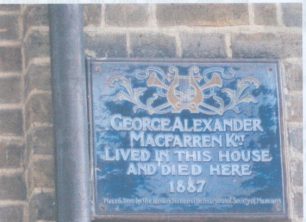 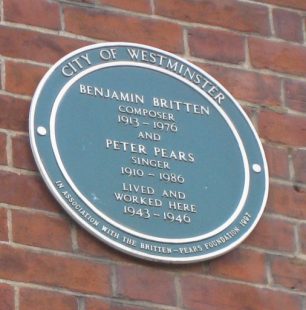 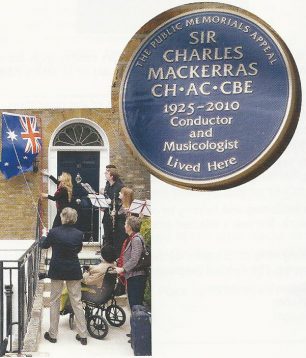 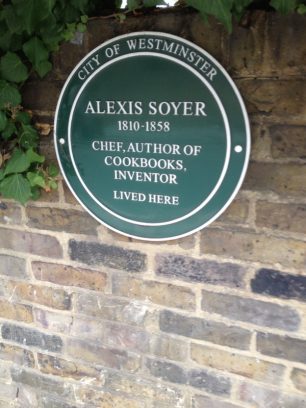 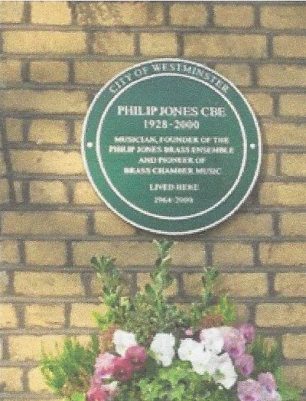 Westminster launched its own series of Green Plaques in 1991, distinctive from the English Heritage Blue plaques. Where the original building has been demolished, a plaque may be placed on the new building on the site. People who are regarded as eminent by most members of their profession, or have genuinely contributed to human welfare or happiness and deserve recognition when sufficient time has lapsed since their life to show their lasting contribution to society are considered.

Michael Noakes is a portrait painter who has been President of the Royal Institute of Oil Painters,and chairman of the Contemporary Portrait Society. He won a platinum disc for his sleeve design for the record Portrait of Sinatra, the only painter ever so honoured. Vivien Noakes was a biographer, whose writings included a biography of Edward Lear, an editor and critic; she also wrote a survey of literature of the First World War.  Together they wrote the Daily Life of the Queen, an artist’s diary of a year with the Queen.

Macfarren is one of the most fascinating lost masters of nineteenth century British music.  A cultured musician in every sense, he brought formidable energies to bare upon almost all aspects of mid-Victorian musical life, being at various stages Principal of the  He was knighted in 1883. As a composer he was technically superior to most of his British contemporaries and, in view of the total blindness which struck him in 1860, extraordinarily productive. An output which included eighteen operas, thirteen oratorios and cantatas, nine symphonies and one hundred and sixty two songs might well be thought impressive by any standards.

Britten was a composer, conductor and pianist, and one of the central figures of twentieth century British classical music. He showed his talent from an early age, composing  prolifically as a child. He collaborated with the poet W.H. Auden on several compositions, including Hymn to St Cecilia, and Britten and his partner Peter Pears, the tenor, followed Auden to America, spending the early years of the war there. While in America, Britten wrote his first music drama. Paul Bunyan, an operetta to a libretto by Auden, and the American period was also remarkable for a number of orchestral works, including the Violin Concerto Op. 15 and Sinfonia da Requiem Op. 20 for full orchestra.

In 1940 he composed Seven Sonnets of Michelangelo Op 22 which was premiered at the Wigmore Hall in September 1942. Britten and Pears had returned to England in spring 1942, Britten completing Hymn to St Cecilia and a Ceremony of Carols Op 28 while crossing the Atlantic on board MS Axel Johnson. On arriving in England Britten and Pears both aplied for recognition as conscientious objectors. This was granted on condition they gave recitals under the auspices of the Council for the Engcouragement of Music and the Arts.

From 1943 until 1947 they lived at 45A St John’s Wood High Street, where  visitors to the flat included Erwin Stein and his daughter Marion, (later the Countess of Harewood and Mrs Jeremy Thorpe) who took refuge there after their flat was ruined by a fire.  Britten began work on his great opera Peter Grimes, which was premiered at Sadlers Wells in 1945.

Gerald Finzi was an English composer whose first success came with his song cycles “A young man’s exhortation”  (1926-29) and “Earth and Air and Rain “ (1928-32),which established him as a sensitive setter of poetry. Born at 93 Hamilton Terrace, he had had a sad childhood, dogged by ill health and the death of his three elder brothers  in the First World War. He championed the work of Ivor Gurney and Hubert Parry and was a friend of Ralph Vaughan Williams, who conducted the first performance of Finzi’s Violin concerto. After the Second World War  came his Clarinet Concerto (1948) and his “Intimations of Mortality” for tenor, chorus and orchestra. His Cello concerto was first broadcast in 1956 on the night before he died

Sir Charles was the first Australian conductor  to be chief conductor of the Sydney Symphony Orchestra and  had a long association with the English Nation Opera and Welsh National Opera..  He arrived in England in 1947 and worked as oboist and cor anglais player at Sadlers Wells Theatre before studying conducting in Prague, where he came under the spell of Janacek’s operas. In 19959 he was a landmark recording of Handel’s music for the Royal Fireworks using original wind band instrumentation.  He  was an authority on the operas of Janacek and Mozart, and the comic operas of Gilbert and Sullivan.

Joseph Hertz was a Hungarian born Rabbi and Bible scholar, who emigrated to New York in 1874 and in 1898 became Professor of Philosophy at Transvaal University, South Africa. In 1913  he became chief Rabbi of the United Hebrew Congregations of the British Empire, his oratory, erudition and sincerity earned him the respect of the majority of British Jews and this memorial plaque was unveiled in 1998.

Billy Fury (born Ronald Wycherley) was an English singer and song writer and early rock-and-roll star, who had 24 hits  in the 1960s.