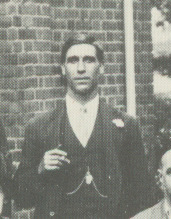 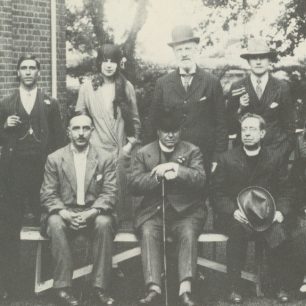 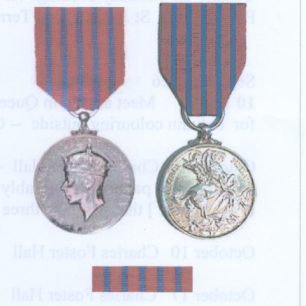 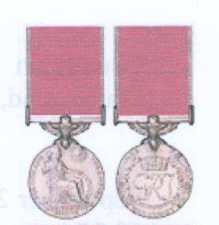 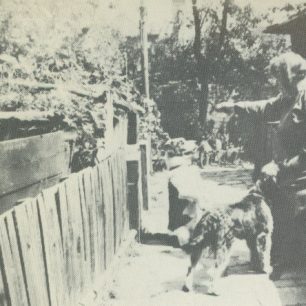 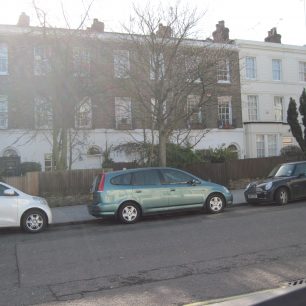 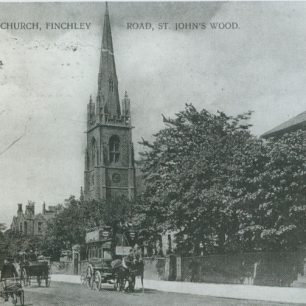 All Saints church and the Finchley Road
Westminster Archives 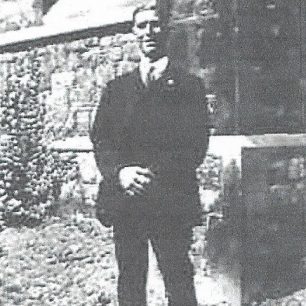 George Peerless outside All Saints Church 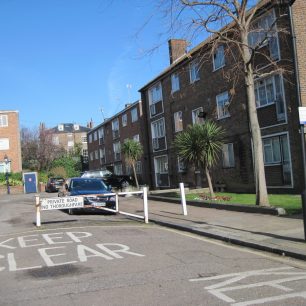 George Peerless was awarded the George Medal in May 1941 for bravery as an ARP warden in St John’s Wood. The medal had only been instituted in September 1940 at the height of the Blitz as a reward for civilian courage and acts of great bravery. Miss Winifred Ortweiler received the British Empire Medal for her work in the same incident.

The George Medal is a circular silver medal hanging from red ribbon with five equally spaced thin blue stripes.  The obverse has the crowned effigy of the reigning monarch and the reverse has St George on horseback slaying the dragon on the coast of England.  THE GEORGE MEDAL is inscribed round the top edge. The British Empire Medal was first established in 1917 and in 1940 could be awarded for gallantry and acts of bravery (not in the face of the enemy)  which were below the level required for the George Medal.

From the electoral roll in 1935 we find that George and Alice Maud Peerless were living in 11 Aquila St, St John’s Wood;  he was the verger of All Saints Church, Finchley Road.  Along the road at 2 Aquila St  lived James and Emma Twitcher and their two sons, and Henry Cronin.

A little way away at 11 St Johns Wood Terrace lived Miss Winifred Ortweiler, born in 1906. Her parents had been born in Germany but were  naturalised  British subjects by the time of the 1911 census.  Her father was a prosperous manufacturer of fancy leather goods and she had been brought up in a large house in  Cavendish Road, Brondesbury, with cook, housekeeper and nanny, before moving to St John’s Wood in 1935, presumably when her parents died.The Peerless home was equipped with an air raid shelter and George joined the ARP when war began, as did Miss Ortweiler.

On the night of 21 October 1940 at 20.24 hours  four houses including No 2 Aquila St were wrecked by a bomb and Miss Ortweiler scrambled down a very small hole into the basement and found four people trapped and unable to move.  She reassured them but was not strong enough to effect their release.  There was an escape of gas and to avoid an explosion she put out the kitchen fire.  Warden Peerless then entered the hole.  He obtained a saw and cut away the corner of a dresser until it was possible , with the help of Miss Ortweiler, to free three persons who were then helped out of the basement.  Warden Peerless stayed behind and made a most gallant effort to rescue the remaining victim. Both wardens behaved with great gallantry, being fully aware of the danger from coal gas.[Citation in the London Gazette, 9 May 1941]

The evidence for a civilian gallantry award case 924 a & b

Various police officers at the scene later testified to a committee, noting that George Peerless had returned to duty  on 10 November from sick leave and appeared to have recovered.

Miss Ortweiler went out fully equipped  and heard voices from the debris so she found a small hole leading down to the basement room and ascertained that there were people trapped. Two police offices were already on the scene but the hole was so small that they could not enter and told Miss Ortweiler that it would be dangerous to try. However she scrambled down the hole and found herself in what remained of the kitchen. The ceiling had collapsed and was resting  at one end on the fixed dresser and at the other end on the floor and  was partly supported by the kitchen table which it had pushed up against the dresser.  Mrs Twitcher was trapped between the dresser and the table, her two sons were trapped behind her and none of them could move.  Her husband was lying inside the room held by the leg.

Miss Ortweiler did what she could to comfort these people but was not strong enough to release them.  Sensing a danger of an explosion from escaping gas she sent for a stirrup pump to put out the kitchen fire.  Then Warden G Peerless who lives at No 11 a few doors away and was off duty at the time, arrived and being small at once entered the hole. For some reason or other he could not get down into the room for an appreciable time. He thus got the full effect of the escaping gas as his head was nearer the ceiling, while the others lower down were not affected. Having been gassed in the last was he was fully aware of his danger but nevertheless asked for and obtained a saw, and standing on the debris proceeded to saw away the corner of the dresser until it was possible to free Mrs Twitcher and her two sons with the help of Miss Ortweiler.  All these people were then helped out of the basement and Warden Peerless was left alone. He made a most gallant effort to rescue Mr Twitcher, but his strength was failing and he cannot remember anything until he found himself in the street.  He was pulled out by the Rescue Party who had by that time arrived.

He commenced  to saw part of the table away and must have realised he was running a grave risk of the hole caving in and he himself being buried. He was successful in removing part of the table and was then able to free Mrs Twitcher and her two sons. He lifted them up through the hole to myself and others at the top. During the whole these operations gas was escaping freely from a fractured gas pipe and the warden was obviously in distress. He was suffering badly from effects of the gas and vomited badly but refused to have medical attention.  He insisted on going back to free Mr Twitcher who was still trapped by his legs. He carried on but the gas and his exertions overcame him and him was pulled out unconscious and taken to hospital.

It is clear that both these wardens behaved with great and commendable gallantry that deserves the highest praise.  In a scene of horror and distress it is nothing short of a miracle that none of them was hurt.   In view of the fact that Warden Peerless was perfectly aware of the danger he was in from coal gas, but nevertheless went on with his duty until he had achieved the rescue of the first three people and then, failing in strength, proceeded to make an attempt to rescue the last of the trapped persons, I most strongly recommended him for some suitable award which I consider he has richly deserved.

Miss Ortweiler’s action was no less to be commended but she was not in such danger as Warden Peerless. I think however we may well suppose it would not have deterred her from what she considered to  be her duty. I therefore strongly recommend her also for some suitable recognition but in a lesser degree.