'an ornament and improvement' 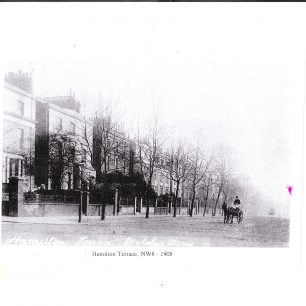 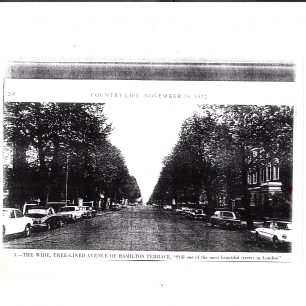 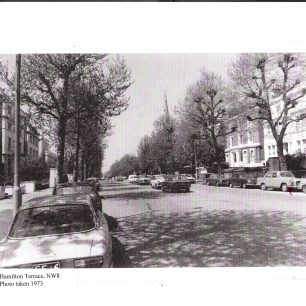 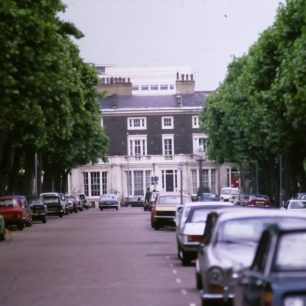 On March 22nd 1877, at the meeting of the Marylebone Vestry, (a forerunner of the Metropolitan Boroughs, created in 1899 ) the following letter was read to its members:

To the Honourable the Vestry of the Parish of Saint Marylebone

Gentlemen, We, the undersigned owners and occupiers in Hamilton Terrace, and Upper Hamilton Terrace, being desirous of having Trees planted on each side of those thoroughfares, beg respectfully to request the Vestry to make arrangements for carrying out the works.  We are of opinion that the Trees would be ornament and improvement to the neighbourhood as well as an advantage to the public and to the inhabitants of the locality and we are willing to bear any portion of the expenses which your Honourable Board would think would be fair in the matter.Signed Rev Duckworth 77 Hamilton Terrace and by 45 others.

The Minutes record:  ‘Resolved that the foregoing Memorial be referred to the Works Committee.’

Then comes this later entry:

‘Vestry will undertake the work. Inhabitants to pay half. Estimate from W. Meston £3.16.0. per tree. Inhabitants to be informed that total cost is estimated at £720 and that their money should be paid by 2nd August.  Time extended. Henderson & Sons offer of assistance and advice accepted. Inhabitants pay £240  on account. Surveyor to carry out work. Three of Vestry’s  labourers on completion of work to beg a subscription of the inhabitants.  Vestry dismissed them.  £2 reward offered for information to successfully prosecute persons injuring trees.’

The photograph taken in the winter of 1905 shows the young trees, and not yet pollarded.

1972   Still one of the most beautiful streets in London

the Country Life magazine photo and is captioned

The wide tree-lined avenue of Hamilton Terrace,  still one of the most beautiful streets in London

It shows that after 100 years the mature plane trees are still an ornament, and improvement to the street.

Taken in spring 1973 the next photograph shows clearly how they were pollarded.

Sadly, after a further forty years, some are succumbing to old age or disease, and have had to be cut down.  Fortunately, Westminster City Council will plant replacements.