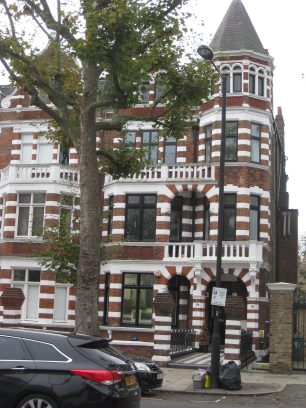 was a dental surgeon who qualified in 1933, and who had a flourishing Harley Street practice from the 1940s until the early 1970s. During the War she is known to have worked with the Special Operation Executive (SOE) who sent thousands of agents into occupied Europe – but not before the agents paid a visit to Beryl. Her job was the replacing of any ‘English’ dental work of operatives about to be dropped into occupied territories with dental work more appropriate to the nationality that they were proposing to adopt for their mission.

Fillings were replaced to match ‘European-style’ dentistry in case the individual was killed or captured. This work was often carried out at night and alone by Dr Davies with no assistant, and was veiled in deepest secrecy.

In Between Silk and Cyanide, A Code Maker’s War 1941-45 (The History Press, 2007), historian, Leo Marks writes: ‘… a bemedalled major […] wanted to know what the agents were most frightened of. I replied that, above all else, they were scared of a lady dentist who had to make sure that none of their fillings were of English origin. She had also to change the impressions of their teeth before they left for the field in case the Germans had records of them.’

Murray Davies often worked at night, and alone, and Marks’ book also talks of another dental treatment particular to war time: the hollowing out of the molars in order to hide L-pills, or cyanide capsules. Marks recalls: ‘We had learned never to brief agents within a week either side of their appointments with her. There were a number of open mouths as I described how she did it…’

‘Murray Davies was also justly proud to have worked alongside Sir Archibald McIndoe CBE, who arrived in London from New Zealand in 1932. Working at St Bartholomew’s Hospital, Sir Archibald would later be knighted for his pioneering work in plastic surgery.’

After the war, Murray Davies continued to see patients at her private practice in Harley Street – a practice she had set up single-handedly in the early 1940s, and indicative of her determination and dedication to her work. Murray Davies worked until the late 1970s, when she was forced to retire after discovering she had cancer in her hand (thought to have been caused by exposure to X-rays throughout her career).

She had a flat at 79 Hamilton Terrace and during the 1970s would often go fishing at a weekend.  We lived opposite and were sometimes the recipient of a fresh salmon.  She told us of her wartime work, an amazing story which we have never forgotten    She passed away in January 2012, aged 102, her work during the war still having gone largely unrecognised.

The Faculty of Dental Surgery at the Royal College of Surgeons of England is delighted to have received a legacy of around £10,000.The legacy was presented to the Faculty by Dr Davies’ god-daughter, Michelle Berriedale-Johnson, who wrote of her godmother: ‘she was entirely devoted to her profession so I am sure that she would appreciate being involved in anything which would either enhance it or enable a budding dental surgeon to reach their full potential.’

The Faculty would like to help bring recognition to the work of Beryl Murray Davies; if anyone knows anything of this lady or the dental work of the SOE, please e-mail: jdonald@rcseng.ac.uk.