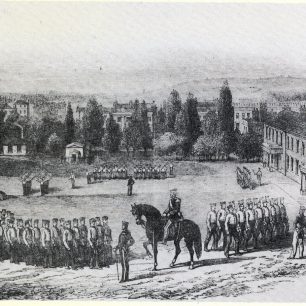 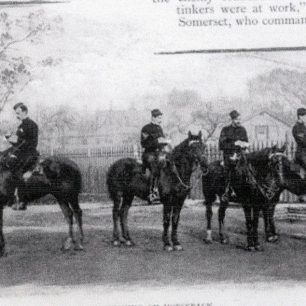 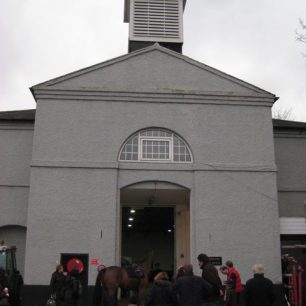 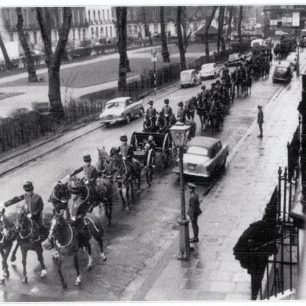 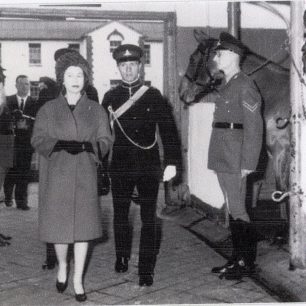 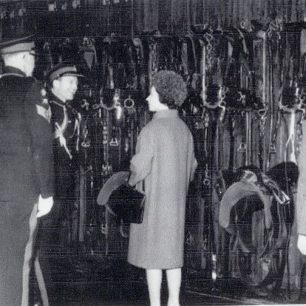 The Queen's visit in 1962
Westminster Archives 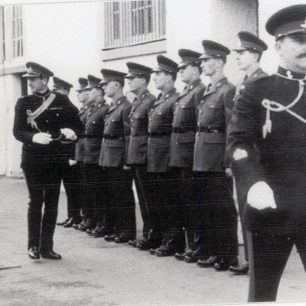 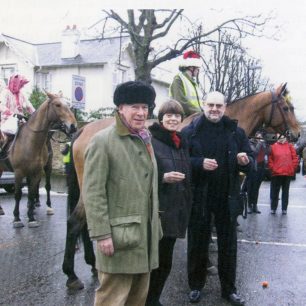 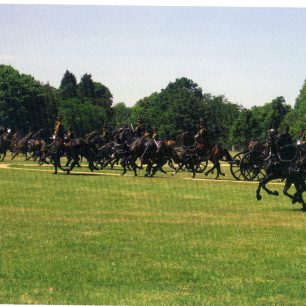 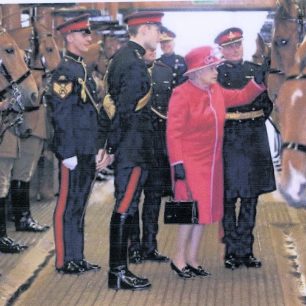 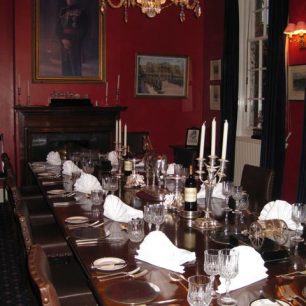 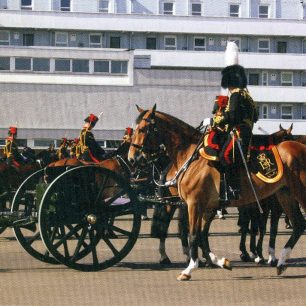 The Troop at the barracks
St John's Wood Society 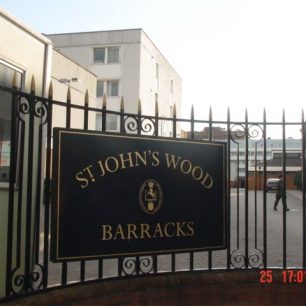 In 1804, a barracks had been built  in Brick Field, at the southern tip of the Eyre Estate. Soon after it moved to a new site near the old St John’s Wood Farm, as a home for the Royal Artillery. In 1823 the Army needed to remove the Riding Establishment from Pimlico and the Commander in Chief decided the proper place would be ‘the Barrack at St John’s Wood belonging to the Ordnance’.

The naming of the Troop –

After the Second World War, the artillery was mechanised but King George VI wanted to keep a troop of horse artillery mounted and dressed in the traditional manner. When he signed the Visitor’s Book at the Barracks in 1947 he crossed out ‘Riding’ and inserted ‘King’s’ Troop as the name of the ceremonial saluting battery.

In 1952, when Queen Elizabeth ascended the throne  she decided the name should remain the King’s Troop in honour of her father. The Troop takes precedence over all other regiments and parades and is always on the right of the line of the British Army.

The soldiers and their work –

Not all the soldiers  are expert  equestrians before they join the Troop and, indeed, some have never even ridden a horse. They are trained to drive a team of 6 horses that pull the ‘thirteen pounder’ State saluting gun.  Salutes are fired for Royal anniversaries, and State occasions, as well as Remembrance Day, and the Lord Mayor’s Show. Black horses and a gun carriage are  supplied for State funerals. The Troop, also, perform a musical drive at events such as the Royal Tattoo at Windsor Castle.

111 horses are stabled at the barracks and local residents enjoy hearing them ride by for exercise every day, with the soldiers in ordinary uniform, as well as the special occasions when they ride out with all the dress uniforms and equipment gleaming. In the last twenty years or so, female soldiers have joined the Troop.

The King’s Troop also has to be prepared for tasks in support of the Territorial Defence of the UK. Such tasks could include Military Aid to the civil community and they recently took part in Operation Fresco when the firemen went on strike.

Soldiers joining the Troop spend the first three to four years working as a Mounted Gunner before they can get the chance to be employed as saddlers, farriers, tailors, storemen, vehicle drivers or orderlies. They also  have to be  taught to ride the military way where you are not allowed to move from one position – the horse is held with one hand and the sword with the other.

Farewell to the Troop –

The Troop are moving to Woolwich in 2012, when the lease with the Eyre estate runs out. The 1000 tonnes of manure produced by the horses each year will be used to create pellets to provide hot water and heating in the new barracks.  On 30 June 2011 the Queen paid a final visit to the barracks. The Riding School is a listed building and will remain when the rest of the site is developed for housing. St John’s Wood residents will miss presenting the Troop with goody bags on Christmas Eve,  when the horses wear an assortment of reindeer horns, but most of all miss them riding by each day.