You are here: Home>Memories>Blue Plaques and Plaques of Other Colours>Alexis and Emma Soyer 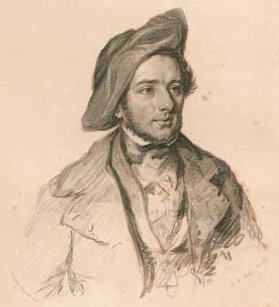 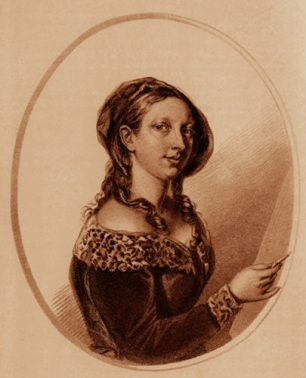 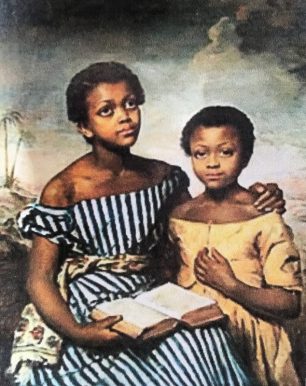 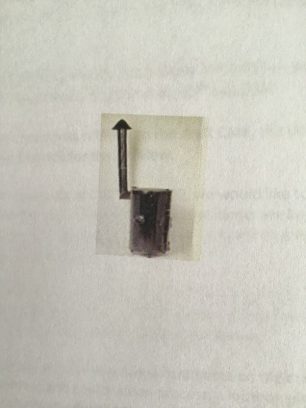 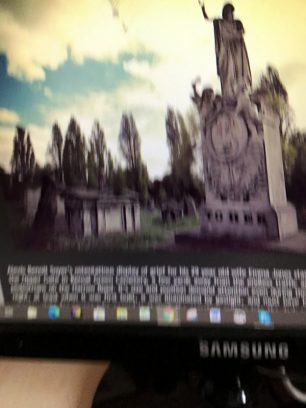 Escaping from France during the 1830 Revolution,  the French chef Alexis Soyer became the most celebrated cook in England. He worked for the Duke of Cambridge’s household where his brother was head chef and then from 1837 – 1850 he was chef at the newly built Reform Club in London, designing the innovative kitchens there with Charles Barry, which became so famous that they were open for conducted tours by the public. He managed to feed 2000 members and their guests on the occasion of Queen Victoria’s Coronation and  instituted many innovations, including cooking with gas, refrigerators cooled by cold water, and ovens with adjustable temperatures.  His salary was more than £1,000 a year  and “Soyer’s Sultana’s Sauce” was marketed for him through Crosse and Blackwell in an exotic bottle with a label featuring Soyer himself, unmistakable in his trademark cocked hat.

His wife, generally known simply as Emma Jones, achieved considerable popularity as a painter, chiefly of portraits.  Born in London in 1813, she was  instructed in French, Italian and music, becoming a talented pianist. At an early age she became a pupil of the Belgian painter Francois Simonau who in 1820 married Emma’s mother.  He devoted all his time to teaching her and before she was twelve she had drawn more than a hundred portraits from life .  She became one of the youngest persons to exhibit at the Royal Academy when in 1823, at the age of 10, she submitted the Watercress Woman, and fourteen of her works were exhibited there in total.   She married Alexis in 1837  and turning her attention to portraits in oil travelled  round England painting, returning to London to paint the Blind Boy and the Crossing Sweeper. She showed two paintings at the Paris Salon in 1842 but died the same year following complications suffered in a premature childbirth brought on by a thunderstorm. Distraught, Soyer erected a monument to her at Kensal Green cemetery.  In 2018 her painting of two black girls in a tropical landscape which was painted in 1831 for the abolitionist cause in England featured in the BBC television programme Fake or Fortune.

During the Irish famine  in April 1847, Soyer invented a soup kitchen and was asked by the Government to go to Ireland to implement his idea. His famine soup was served to thousands of people in Dublin for free and while in Ireland he wrote Soyer’s Charitable Cookery,  giving  the proceeds of the book to various charities. In June 1848 140 of Emma’s works were exhibited on behalf of the Spitalfields soup kitchen

This book by Soyer sold 30,000 copies  between 1849 – 1853 and was written in the form of correspondence between Hortense of Bifrons Villa in St John’s Wood and her young friend Heloise, discussing all forms of housewifery and showing how it was possible to have an extravagant lifestyle on a budget.  In reality Hortense was Soyer’s friend Mrs Baker of Bifrons Villa in Acacia Road and they had had extensive conversations about cookery. Bifrons Villa was destroyed to become the site for the house of Onslow Ford, which was later destroyed to become ths site of St John’s Wood station.

During the Crimean War Soyer was inspired by the reports of correspondent William Howard Russell in The Times about the malnutrition of troops to improve the  feeding of the army, originally at his own expense. (Later he was paid his expenses and wages equivalent to those of a Brigadier-General. ) After a six week journey he reached the Crimea where he was granted complete autonomy on the soldiers’ diet and by the use of his invention,  the portable Soyer stove, managed radically to improve the way that British soldiers were fed. Until then a soldier received a small hunk of bread and a chunk of meat each day which he had to cook for himself,  finding his own fuel, but one stove could cook sufficient for fifty men and be used either indoors or out, as they would work in all weather conditions, including heavy rain.  Soyer produced soup recipes and insisted on the meat being diced before it was cooked. According to Soyer’s own calculations they could save an army of 40,000 men 90 tons of fuel per day.  The stove was light enough for a donkey to carry two of them on its back, and was used by British soldiers until the Falklands War of 1982.  Eventually each regiment had its own chef  trained by him who gathered all the necessary ingredients together and  this led to the creation of the catering corps and saved as many lives as Florence Nightingale did with her hospitals.

He wrote A Culinary Campaign as a record of his activities in the Crimea and his 1854 book A Shilling Cookery for the People was a recipe book for ordinary people who could not afford elaborate kitchen utensils or large amounts of exotic ingredients.

Soyer died on 5 August 1858 and was buried beside his wife.  There is a plaque to him at 28 Marlborough Hill in St John’s Wood and Emma’s portrait of him is still at the Reform Club.