You are here: Home>Memories>World War 2>St John's Wood - an abode of spies 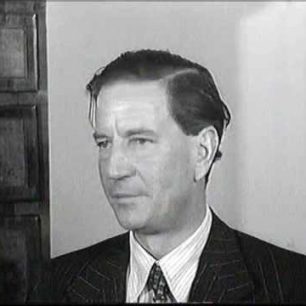 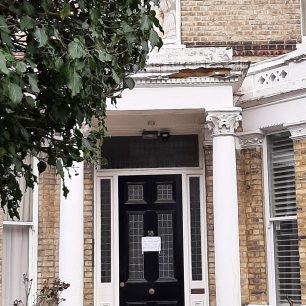 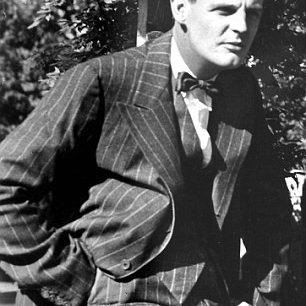 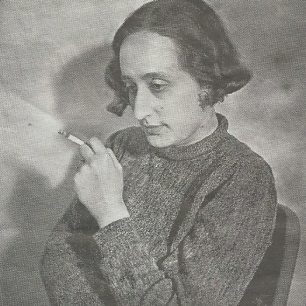 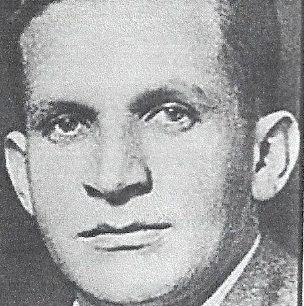 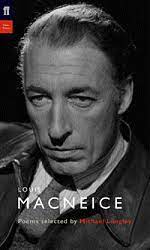 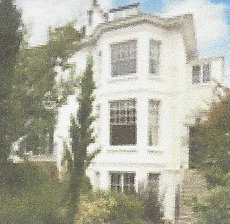 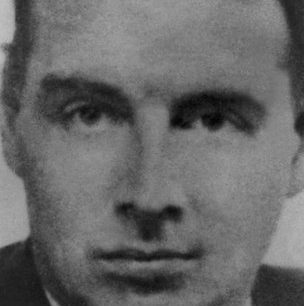 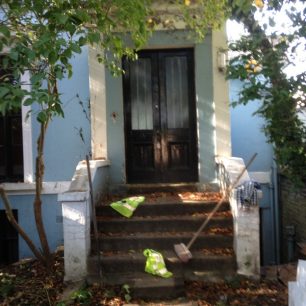 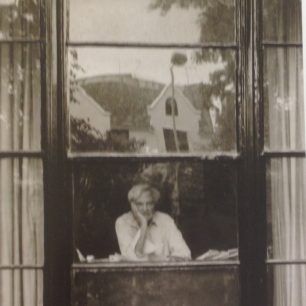 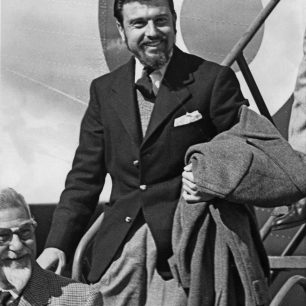 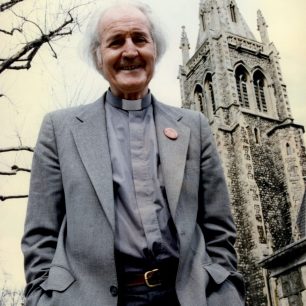 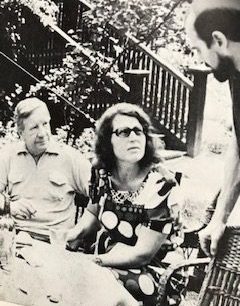 Philby and Blake in Moscow 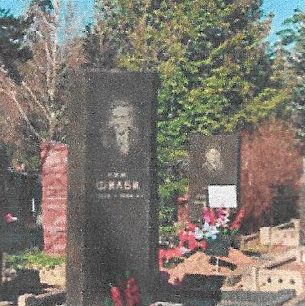 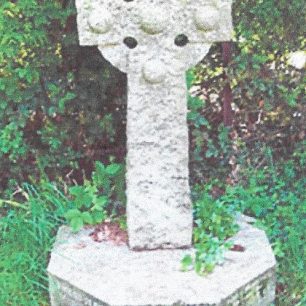 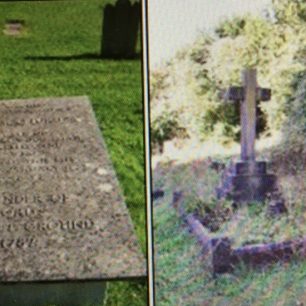 In August 1934  two Cambridge graduates  met for supper in a flat at 18 Acol Road on the outskirts of St Johns Wood – they were Kim Philby (age 22), whose family home it was from 1925 until 1950, and  Donald Maclean (age 21) and both had become  Communist party members at University.  Philby was soon to pretend to renounce the Left  however while Maclean had been instructed by Russia to give up his political views and join the Diplomatic Service.

Living in St John’s Wood at the time was Edith Tudor- Hart  ((1908 – 1973), later known as  the grandmother of the Cambridge spy network, who organised Philby’s recruitment to the NKVD, the forerunner of the KGB. Brought up in Austria, in a family of socialists, Edith studied photography at the Bauhaus and then in 1927 trained as a Montessori kindergarten teacher in England but was deported in 1931 for attending a Communist party rally. In 1933 in Austria she married a medical doctor,  Alex Tudor Hart, and they fled back to England so she could avoid persecution for her Communist activities.  Alex (also a spy) worked at a practice in London while she established a photographic studio in Brixton.  After the break up of her marriage she moved into a ground floor flat opposite the Abbey Road recording studio in St John’s Wood.  Her main communist contact in Vienna had been Litzi Friedman, who  married Kim Philby, and when the Philbys moved to London Edith  arranged to introduce Kim to Arnold Deutsch, another friend from Vienna who was a Soviet agent.

Deutsch was a nephew of Oscar Deutsch, millionaire founder of the Odeon chain of cinemas, including the Swiss Cottage Odeon.  As a cover for his spying activities Arnold had hoped his uncle could employ him as an industrial psychiatrist with relation to  films but his application was refused as there were British psychiatrists that could be employed; however Oscar backed his application to study at University College. In 1934 Arnold and his wife (a trained radio operator) went to live in a flat in Lawn Road Hampstead, where their next door neighbour was crime novelist Agatha Christie.

Deutsch  came up with a highly successful agent recruitment strategy. The idea was to select capable, idealistic students and have them publicly distance themselves from Communism so that they could penetrate the British government and intelligence spheres. The students’ former involvement in Communism would be overlooked by the British as a mere youthful mistake. In May 1934 he made contact with   Litzi and Edith and they discussed the recruitment of Philby. In June 1934 Philby wrote Lizzy came home one evening and told me that she had arranged for me to meet a ‘man of decisive importance’. I questioned her about it but she would give me no details.  KGB files in 1991 showed on 1 July 1934  how Edith and Kim Philby spent several hours zigzagging across London before finally arriving at Regent’s Park , where Deutsch was waiting. Kim Philby later wrote : The man described himself as Otto. I discovered much later from a photograph in MI5 files that the name he went by was Arnold Deutsch. I think that he was of Czech origin; about 5ft 7in, stout, with blue eyes and light curly hair. Though a convinced Communist, he had a strong humanistic streak. He hated London, adored Paris, and spoke of it with deeply loving affection. He was a man of considerable cultural background.   Deutsch asked Philby if he was willing to spy for the Soviet Union   Otto spoke at great length, arguing that a person with my family background and possibilities could do far more for Communism than the run-of-the-mill Party member or sympathiser.  I accepted. His first instructions were that both Lizzy and I should break off as quickly as possible all personal contact with our Communist friends.  Deutsch told Philby   he should establish a new political image as a Nazi-sympathiser and must become, to all outward appearances, a conventional member of the very class he was committed to opposing.  Deutsch reported back to his superiors that Philby was an excellent agent.  He enjoys great love and respect for his seriousness and honesty. He was ready, without questioning, to do anything for us and has shown all his seriousness and diligence working for us. Deutsch gave him a new Minox subminiature camera and gave him a codename (Sohnchen). He began to instruct Philby on the rudiments of tradecraft: how to arrange a meeting; where to leave messages; how to detect if his telephone was bugged; how to spot a tail, and how to lose one.  The two men developed a close relationship – Philby said of Arnold Deutsch: “He was a marvellous man. Simply marvellous. I felt that immediately. And the feeling never left me… The first thing you noticed about him were his eyes. He looked at you as if nothing more important in life than you and talking to you existed at that moment…. And he had a marvellous sense of humour.”

Other communists in the area

There were also numerous communist sympathisers scattered round the Wood, some of them left wing poets, including Stephen Spender(1909 – 95), who lived at 15 Loudon Road  and was a friend of poet W H Auden(1907 – 73), who was watched for a number of years by MI5 who described him in 1938 as an intellectual communist of a highly-idealistic and literary brand.  Louis MacNeice (1908 – 1963), an Irish poet who lived at 10 Wellington Place in the 1940s, steered clear of them because left wing politics did not appeal to him – My sympathies are Left, but not in my heart or my guts, –  but one point his next door neighbour in Wellington Place was Guy Burgess,(1911 – 63), another of the Cambridge Spies and also a friend of Auden, and in an amazing co-incidence, MacNeice had shared a study at Marlborough with  Antony Blunt who had recognised MacNeice was an  irredeemable heterosexual , unlike Burgess and Blunt.  Blunt was an early recruit of the NKVD who had noted on  8th October 1936 :”Through EDITH (Edith Tudor Hart) we obtained SOHNCHEN (Philby). In the attached report you will find details of a second SOHNCHEN who, in all probability, offers even greater possibilities than the first. EDITH is of the opinion that he is more promising than SOHNCHEN.  We must make haste with these people before they start being active in university life. The Cambridge spies all secured sensitive government posts, from which they passed valuable intelligence to the Soviet Union. As Philby had said earlier to Maclean if you are going to sell the Daily Worker in the Foreign Office you are not going to be there very long. But you can carry out special work there.  Deutsch ran the Cambridge spy ring until 1937 and continue to work for Russia until he disappeared in 1943.

Born in Holland Blake fought in the Resistance until his family escaped to England in 1943 where he joined the Royal Navy and then MI6, learning Russian. Trapped in Seoul a prisoner of the N Koreans for 3 years he changed allegiance and later betrayed 600 agents when working in Berlin becoming the first MI6 agent to be convicted of betraying his country. He received a 42 year sentence in 1961but after 5 years was helped to escape by 3 former fellow prisoners,  using a ladder made of knitting needles.

There were also people like Reggie Smith, a British council lecturer and communist sympathiser,  who spent most of his energy talking and drinking, and his wife Olivia Manning, author of the Fortunes of War. They lived in Queens Grove and later Abbey Gardens and their lodger was the actor Tony Richardson (who was so nervous of Olivia’s unrequited love that he hardly dared to take a bath). Tony was persuaded by Rev John Papworth, the anti nuclear left wing priest of St Marks Hamilton Terrace (d 2020) to finance Blake’s escape via camper van to East Berlin and offered to hide him in his house. In a farcical episode, Papworth’s wife told a therapist whom she was consulting that she had seen at home the man whose face was frequently appearing on television as the escaped spy. The therapist told her that she must be hallucinating, and should forget all about it. When Special Branch finally realised who was really behind the escape, this was so embarrassing that it was all hushed up.

By 1951 the Cambridge spies realised time was running out and they were under suspicion. Maclean, tipped off by Philby in Washington , decided to defect to Russia three days before MI5 planned to interrogate him and Burgess fled with him. At the time Auden had been staying in St John’s Wood with Spender and Reuter’s news agency learned from Spender that Burgess had tried to contact him. Interviewed later when he was in holed up in Ischia on 13 June by the Daily Express, Auden admitted a call had been made to Spender’s house on 24 May, but I was out and Spender forgot to pass on the message. In fact, I did not know about the phone call until this week. On 14 June, an unnamed source had spoken to Spender and his wife who now remember definitely that Burgess telephoned twice between 20 May and 24 May – most anxious to get in touch with Auden.

Philby was now suspected of being ‘the third man’ and in 1952 was interviewed by MI5, at which point he resigned from MI6.  Forty eight hours hours before Philby was questioned an eight man team descended on Edith Tudor Hart’s flat and bugged her home and tapped her phone, hoping  they could catch her alerting Philby to his danger.  However she claimed to have resigned from the Communist Party and denied any knowledge of Philby and although they closely watched her, they never caught her spying ;  her only offence was once dodging paying a bus fare.  But Edith had been working with the NKVD  all the time and in 1964 when Anthony Blunt was exposed he confessed that she “had been the grandmother of us all”.  Although Philby survived the third-man episode, MI5 continued their investigations and in 1963, with the net closing in, Philby disappeared from Beirut, where he was working as a journalist, and gained political asylum in Moscow.

The end of the story

Philby, Maclean,  Burgess  and Blake all died in Russia.  Philby  and Blake remain buried there, while  Maclean’s ashes were returned to be buried unmarked in Buckinghamshire.  But  in the churchyard of St John the Evangelist in West Meon in Hampshire  lies a final link between the spies and St John’s Wood.  On the north side of the church hidden by brambles lie the ashes of Guy Burgess who grew up in the village but died far away in Moscow in 1963; his mother requested that his ashes be returned  for burial and they arrived in an earthenware pot decorated with Russian script – this was placed in the family grave and a service was held at night to avoid publicity.  In loving memory of Guy Francis De Moncy Burgess died 30 August 1963 was engraved on the cross.

Prominently buried in 1832 in ground south of the church stands the imposing tomb of Thomas Lord, founder of Lord’s Cricket Ground.