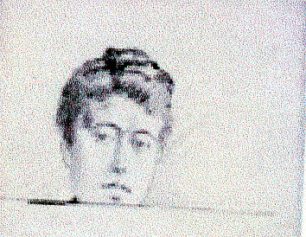 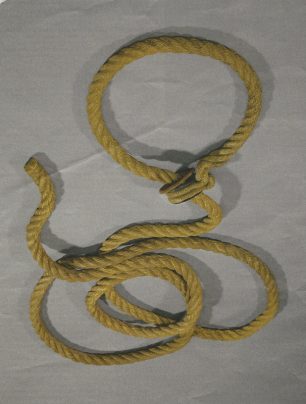 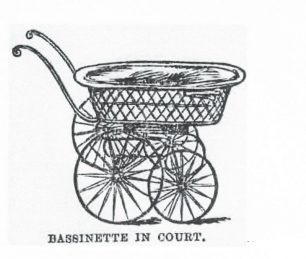 Mary Eleanor Wheeler, alias Pearcey, (1866 – 1890) lived in North London and earned her living by “receiving  gentlemen visitors”; one of whom was Frank Hogg, a furniture remover and a married man with a pregnant wife, Phoebe. Eleanor fell in love with Frank and also helped with his family, nursing Phoebe after the birth of her daughter.  In October 1890, she invited Phoebe to visit her and bring “our darling child”. The baby was found dead from suffocation, or exposure, in the Finchley Road, while Phoebe was discovered with her head crushed in, and her neck cut through, in  woods in South Hampstead.

During the night a message was received from St. John’s Wood police-station, stating that a baby’s perambulator, that was bloodstained and which had a broken handle, had been found in Hamilton-terrace, about a mile away from the spot where the body of the woman had been found.  In it lay a brown goatskin rug, lined with scarlet cloth. This was also stained with blood. A small quantity of woman’s hair, like that of the deceased, was in the perambulator, and there was also a piece of butterscotch in it too.  It was also found that a screw nut, which was picked up near the dead body, belonged to the perambulator.

Eleanor was asked to help identify the remains at the morgue and her nervous behaviour was so strange that police searched her flat and found a bloody poker and signs of a fierce struggle. Later, they found witnesses who had seen a pram with a heavy load being pushed through Kentish Town by Eleanor.  Frank Hogg had an alibi and there was no evidence against him, although he had to be protected from the mob by police, but Eleanor was tried and found guilty, despite pleading that she was too tiny to have had the strength to push a pram with two bodies in it for that distance. The jury only took an hour to find her guilty, and she was hanged on 23 December 1890. When her wax figure was exhibited at Madame Tussauds, a crowd of 30,000 watched the unveiling.

Emily Armstrong (1880 – 1949) was found battered to death at her place of employment, a dry cleaner’s shop in St John’s Wood High street, on 14 April 1949. She had been killed about an hour before her body was discovered at 4 p.m., her murderer shattering her skull with 22 blows, probably from a claw hammer. Her handbag was missing but although it was found later, with a bloody handkerchief with a laundry mark on it, that did not produce any leads, and the murder is still unsolved.