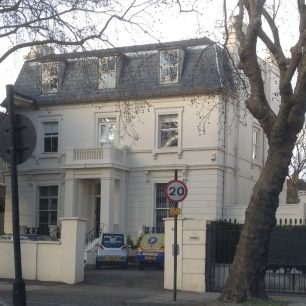 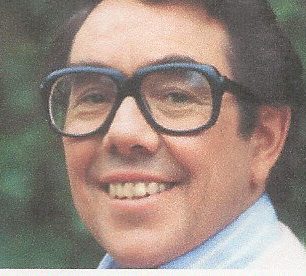 When he was a struggling young actor Ronnie Corbett lived in the basement of a house at 48 Avenue Road, St Johns Wood owned by Helena (Pixie) Hardwicke. She acted under the name of Helena Pickard and had married actor  Sir Cedric Hardwicke in 1928 and divorced him in 1950. She was the mother of Ronnie’s  actor friend, Edward Hardwicke  (1932 – 2011), who is  best known for his portrayal of Dr Watson to Jeremy Brett’s Sherlock Holmes.

Ronnie survived at this time playing a few minor roles on stage and television, mainly schoolboys, but Pixie sometimes asked him to come “upstairs” to join a dinner party, and as she knew everyone he would dine with well known people like Sir Ralph Richardson and J B Priestley.  But the most impressive character at No 48 was Pixie’s butler, Burr, who smoked hand rolled cigarettes with his name embossed on them and drank Martinis all night.