the creation of Bernard and Josephine Miles 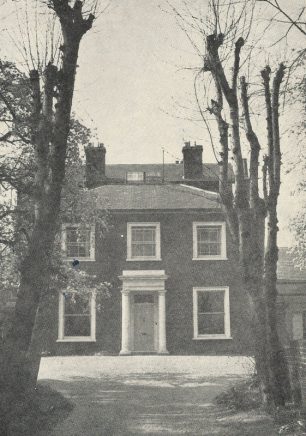 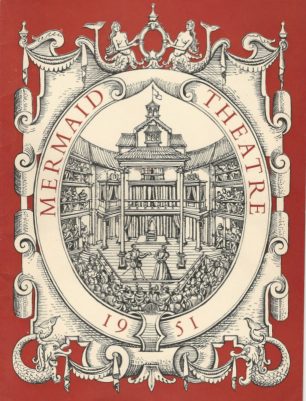 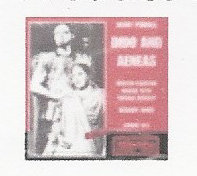 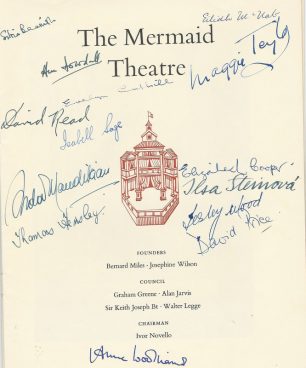 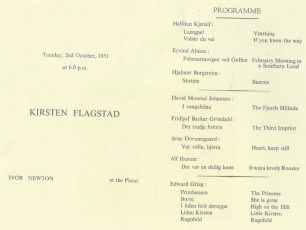 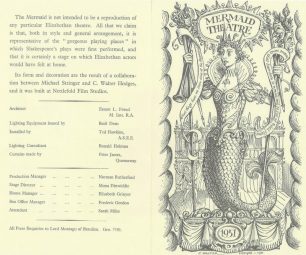 Bernard Miles (1907-1991) was an English character actor, writer and director. After being knighted, in 1969, he was only the second English actor to be given a peerage. When he opened the Mermaid Theatre in the City of London,  it was the first new theatre there since the 17th century – but it had its origins in St John’s Wood. When Miles and his actress wife, Josephine Wilson, first saw Duff House in Acacia Road, in 1945, it had been empty for over six years like so many houses in St John’s Wood during the war, and was more or less a ruin.

Ceilings were down and windows shattered, doors had been blown off the hinges, skirting boards pulled up and cupboards ripped out. The garden was a wilderness of weeds, overgrown vegetables and self seeded sycamores, wrote Miles later.

The house had been built in 1848 on a building plot which had been created when every house round it had been allocated an appropriate garden and a large sized chunk of land had remained. This single detached cottage had been expanded to become a day school.

They started patching the house up and, one afternoon, an elderly man called and told them it was the house he had been born in, in 1875, when his father, the Rev. H A G Oliver, was headmaster of the St John’s Wood school that was established there, and that he had lived there until he was twelve.

The two stone lions which Bernard Miles had discovered, under a pile of rubbish, had guarded the entrance in Acacia Road and had been called “Olley” after the Headmaster,  and “Taffy” after the second Master, Mr Sidney Jones.  The school had taught all the branches of a thorough English education, together with Mathematics, Latin, Greek, French, German and Class singing – with Piano and Drawing as extras. Fees had been twenty guineas a year, and pupils included A E Stoddart, the famous cricketer  and rugby international, and Kennerly Rumford, the singer (and later husband of Clara Butt). The famous soprano Therese Tietjens had lived nearby at Ivy Lodge in Grove End Road and often came to tea with his parents, and sang to the assembled school in the big class room at the back of the house  a spacious and lofty hall, sixty feet by thirty.

This large hall was also used by the school for their Christmas play, put on by boys and masters, and in 1897 at the time of the Diamond Jubilee had been the site of the Rose Fete organised to fund raise for All Saints church by Mary Richardson Eyre.  She wrote that over 1000 people were present, rich and poor represented – 14 ladies provided refreshments and had tables all decorated with roses.  The Artillery here gave a musical ride.   After 1899 the school changed character and was called Sesame House, providing Homelife training for gentlewomen and girls, but it continued to use the hall for pageants and mystery plays.

It was these memories  that gave Bernard Miles the idea  that he might use it as a theatre.

In 1949 the singer Kirsten Flagstad was staying with them and asked about the large building so they took her into it and suggested she sang a few notes to see how it sounded – she sang a few notes from Fidelio and pronounced the acoustics perfect.  Then, she sat at a battered upright piano and sang some folk songs and carols and announced that if they built a theatre she would come and sing in it. We had already persuaded her to make a recording of the wonderful song When I am laid in earth from Purcell’s Dido and Aeneas and now suggested we should stage the whole opera for her. She immediately agreed.

Then, they had the idea of building an Elizabethan stage with an open platform thrust right out amongst the spectators, who stood surrounding it, and using it for a short season of music and drama during the Festival of Britain.  Ivor Novello agreed it was a most exciting project and offered to join a committee consisting of Bernard and Josephine, Peter Daubeny, Derek Glynne and accountant, George Bowthorpe, although he did not live to see this accomplished.

Ernst Freud, the architect who had worked on various houses on the Eyre estate, built the Mermaid Theatre, in Acacia Road, in 1951. The old school hall  was transformed into an auditorium seating 200 with marble-painted columns, tapestries and white clouds painted on the ceiling. It is famous for the performances of Purcell’s Dido and Aeneas which took place there, together with Shakespeare’s Tempest. The Times review of Dido and Aeneas said the “the Dido of Mme Flagstad is a poignant and revealing achievement – her magnificent vocal control, beauty of tone and variety of expressive colour are of sovereign interpretive power.”

There was a minor catastrophe one night when Kirsten Flagstad was for the first time singing an all Norwegian recital but left her music in the taxi; “all the Metropolitan police are looking for it”, Bernard Miles told the audience. But accompanist Ivor Newton came to the rescue and drove home to Kensington to return with the music for 300 songs and a new programme was devised. The concert was only 25 minutes late starting.

It was not until many years later that the Mermaid Theatre was built in the City of London near Blackfriars.