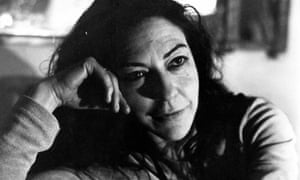 Yolanda Sonnabend  was born in 1935 in Bulawayo (Zimbabwe) to a Jewish sociologist and his wife who was a doctor. Her father was of German descent and her mother of Russian descent who emigrated to South Africa in 1930. They settled in England in 1954.

Yolanda studied painting and  stage design at the Slade and worked as theatre and ballet designer for the Royal Opera House, the Royal Ballet, Sadlers Wells, the Oxford Playhouse. After she moved into 30 Hamilton Terrace in St Johns Wood, she  collaborated with Kenneth  Macmillan for 30 years. She painted many portraits – of him,  of Stephen Hawking. There are nine of her portraits in the National Portrait Gallery.

Unfortunately she developed dementia and so her brother Joseph who worked in the US as a scientist and esteemed AIDS researcher,  returned to the UK and lived in the basement flat of no 30 Hamilton Terrace where she was living.  After she died he had the unenviable job of clearing the house, a true treasure trove which was filled with her paintings , sketches, sculptures.  Many of her stage designs went to the Theatre Museum in Bristol.

The design below by Yolanda  is for a costume for “Le Corsaire” , a ballet with music composed by Adolphe Adam. 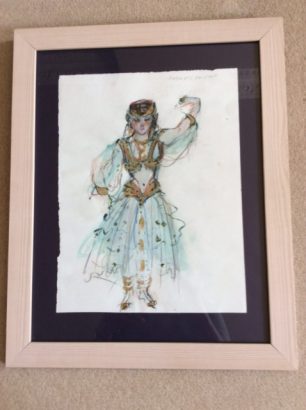