You are here: Home>Arts>Art and Artists>St John's Wood Clique and Art Club 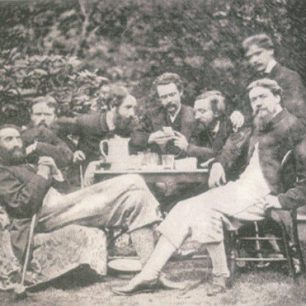 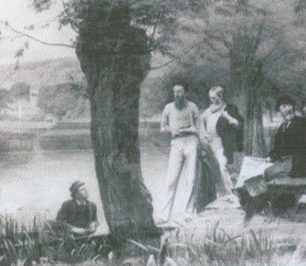 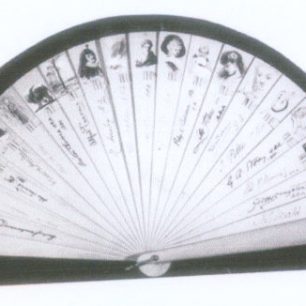 The St John’s Wood Clique was formed in 1862, and was the fore- runner of  the St John’s Wood Art Club, which was founded, in 1895, by Dendy Sadler and J.B. Burgess.) The Clique enjoyed going on painting trips together. In 1866, they rented Hever Castle to serve as both lodgings and inspiration for their subject paintings. This group included Philip Calderon, George Dunlop Leslie, John E. Hodgson, W.F. Yeames and his brother-in-law David Wilkie Wynfield, and Henry Stacy Marks. Honorary members included Val Prinsep, his cousin Eyre Crowe, George Du Maurier and Frederick Walker. They behaved more like the young knights-at-arms they enjoyed painting than artists competing in the market-place of London’s art world. Stacy Marks expressed their creed in his reminiscences: We have all of us now to work together, and do our very best, not caring who is first or last, but helping each other, so that all may come out strong. The better each man’s picture, the better for all.

Members of the Art Club were linked by the location of their studios rather than by any particular style. Victorian artists loved clubs. While dreaming of election to the Royal Academy, the most prestigious of artistic societies, they established their own rival clubs and cliques , organised and attended musical soirees where they mixed with potential patrons, collaborated on artistic ventures (the Oxford Union murals) and took sketching expeditions together; they chose to live close to one another in ‘colonies’; they drilled with the Artists’ Rifles, sang glees together, and some sat around the Punch table every Wednesday.

Below is a list of some of the members of the Clique:

Professor Caroline Dakers, professor of cultural history, University of Arts London is the author of The Holland Park Circle: Artists and Victorian Society and Clouds: Biography of a Country House, both published by Yale University Press. The text was taken from the Christie’s Catalogue Sale: