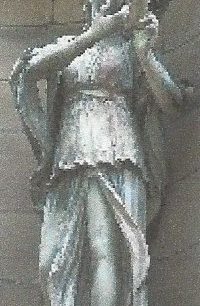 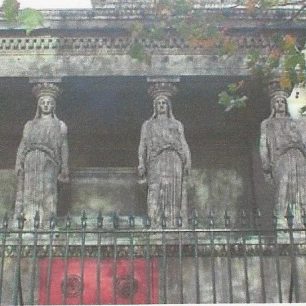 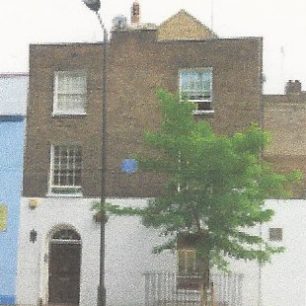 Rossi was the pupil of sculptor Giovanni Battista Locatelli (who had arrived from Italy and lodged with the Rossi family) and worked with him for eighteen shillings a week until he joined the Coade  stone works at Lambeth. He entered the Royal Academy School in 1781 and won the gold medal in 1784, then travelled to Rome for three years. Back in London he modelled figures for the Derby porcelain factory  and then leased premises in Marylebone Park ( an area which became Regents Park) where he made statues and follies of artificial stone, including a colossal seated figure of Minerva for Liverpool Town Hall.

He became a Royal Academician in 1802 and won commissions for military and naval heroes in St Pauls Cathedral. He and his son Henry were commissioned to make the door surrounds, capitals, and other terracotta architectural decorations for  St Pancras New church (1819 – 22). They were paid £4300 for the work. A contemporary report described the terracotta used for the capitals as a modern composition of Mr. Rossi’s invention, which it is hoped will rival in firmness and durability the same description of material of the ancients. The decorations included two sets of  caryatids, built up in sections cemented around structural  cast iron  columns.

Rossi made chimney pieces for Buckingham Palace and a sculpture for Marble Arch. He recommended the purchase of the Elgin Marbles, saying they were the best sculptures he had ever seen.

His house on the Eyre estate

Rossi owned a large house in Lisson Grove , which he had acquired in the early 1820s when that part of the Eyre estate was really rural and he had wanted land for a house, a gallery to exhibit his work and a building shop. He rented part of it to artists like Charles Leslie (1794 – 1859) and Benjamin Haydon,  who remained his tenant until imprisoned for debt in 1823.  He retired from the Royal Academy with a pension shortly before his death in 1839, leaving his family nothing but his fame,  perhaps not surprisingly as he married twice and had eight children by each wife.